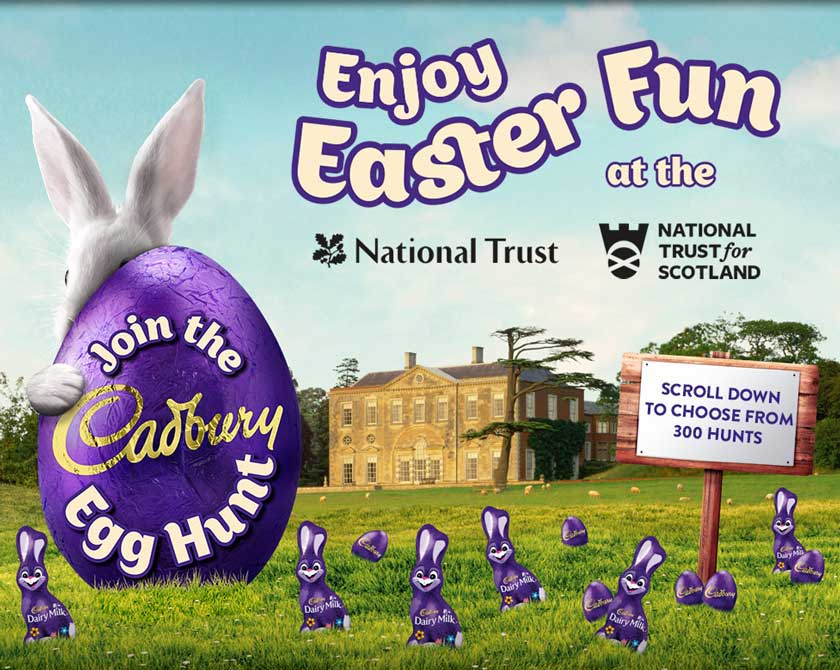 A claim has popped up in the UK that has caught the attention of many, and that includes both the media and also the movers and shakers within the political arena. Apparently Cadbury, the chocolate manufacturer,  and the National Trust have supposedly obliterated all references to Easter from material promoting egg hunts across the country.

So let’s take a look and see if this is actually true.

If you surf on over to the National Trust, a UK based conservation organisation that aims to preserve and protect historic places and spaces for the nation, you will find that they have a page that talks about “Cadbury Egg Hunts”. There it reads …

It’s that time of the year again when we team up with Cadbury to offer you the ultimate day out. Join us over the Easter holidays to run through muddy woodlands, around mystical lakes and along nature trails on a Cadbury Egg Hunt.

Well yes, if indeed Cadbury, the folks who manufacture chocolate eggs, are sponsoring this, they would would indeed expect it to be named the “Cadbury” egg hunt and not simply an “Easter Egg hunt”.

Read on and the supposedly obliterated E word is clearly there …

The Easter bunny has been hiding his precious chocolates at our places again. Follow the clues to find his hidden stash. 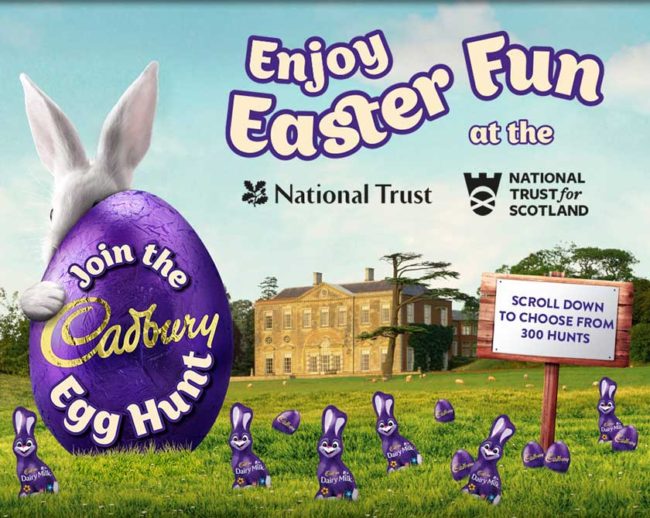 I think you would need to be blind to miss the word “Easter” there, it sort of stands out.

The problem for some is that it is billed as a Cadbury Egg Hunt, and not an Easter Egg Hunt.

So who exactly is offended?

Apart from the usual squad of anonymous religious people who are upset that the word “Easter” has not been deployed as a prefix to the words “Egg Hunt”, a few notables have also popped up.

John Sentamu, the archbishop of York

The quote from him is this …

He said that it was tantamount to “spitting on the grave” of John Cadbury, the chocolate firm’s 19th century Quaker founder.

Does anybody want to tell him that quakers don’t actually celebrate Easter.

“It upsets me because I don’t think Cadbury should take over the name of Easter. The move was commercialisation gone a bit too far”.

The national Trust needs the cash, it’s not a bad way of doing that, so why exactly is this “too far”?

That last one might blow you irony meter. While denouncing the lack of proper use of the word “Easter” in order to support Christianity, she is in Jordan on her way to Saudi Arabia to do a trade deal with them. The fact that Saudi Arabia happily persecutes Christians and beheads them is something she will not be as vocal about as she has been about this. Why is that the case?

How did Cadbury and the National Trust respond to all this?

Very politely and diplomatically, they pointing out that the claim being made was rather silly.

A National Trust spokesman said: “It’s nonsense to suggest the National Trust is downplaying the significance of Easter. Nothing could be further from the truth.

“We host a huge programme of events, activities and walks to bring families together to celebrate this very special time of year.

“Our Easter events include our partnership with Cadbury’s, which has been running Easter egg hunts with us for 10 years.

“They’ve proved consistently popular with our members and visitors. As part of its wider marketing activity at Easter, Cadbury’s will always lead on the branding and wording for its campaigns.”

A Cadbury spokeswoman echoed the trust’s denial and said: “It is simply not true to claim that we have removed the word ‘Easter’ from our marketing and communication materials.

“Each year our Easter campaigns have a different name and this year our seasonal campaign is called the Cadbury’s Great British Egg Hunt.

“It is clear to see that within our communications and marketing we clearly state the word Easter and include it in a number of promotional materials, including our website, where we do also promote our partnership with National Trust at this seasonal time of year.”

Yep, this is confirmed, you will find it all on their website Easter.Cadbury.co.uk

There is some common sense out there

It’s insane. C of E and the PM arguing that chocolate eggs have biblical significance. Everyone’s lost their minds.

Jesus "be nice to people"
Christians "They've taken the pagan fertility symbols we appropriated and removed the word Easter! Burn them!!!"