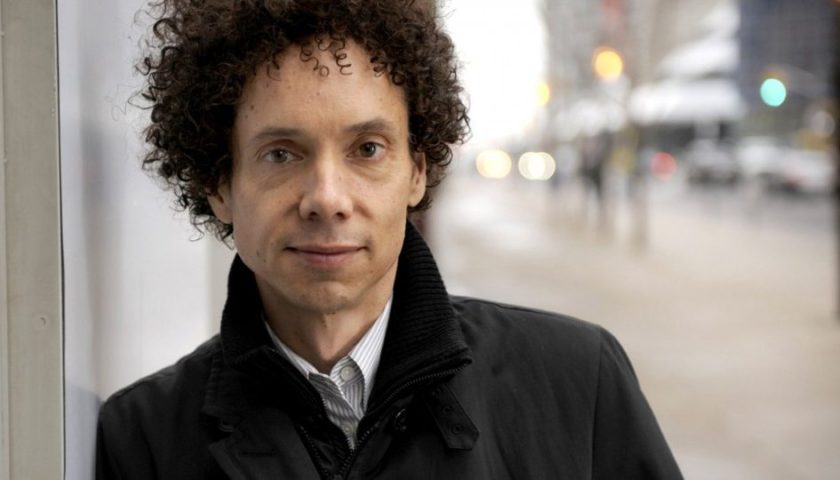 Malcolm Gladwell has a new book coming out this month (Sept 2019 – Talking to Strangers). If you are not familiar with who he is or his books, then perhaps a quick summary is appropriate. If you are also into behavioral economics, then the news of yet another of his books just might be motivating you to facepalm and mutter “Oh God, here we go again“.

Who is Malcolm Gladwell?

He is a journalist and writer who has made a name for himself via a series of highly influential books. These include The Tipping Point: How Little Things Can Make a Big Difference (2000); Blink: The Power of Thinking Without Thinking (2005); Outliers: The Story of Success (2008), and several others. Even if you are not familiar with his books and have not read any, it is highly possible that you have encountered some of the ideas he has popularised. Here are a couple of examples …

What is a deep concern here is that while Gladwell is not himself the originator of these ideas, he is the amplifier and populariser of these and more. He communicates the concepts with flare and style so successfully that many treat these supposed nuggets of insight as definitive deep scientific truths. This motivates some to implement the first as public policy and practise the second as a personal means of achieving success and expertise.

There is one little tiny flaw – both of the above popular concepts along with many of his other ideas are not scientific “truth”.

Let’s pull back the curtain and briefly review both of the above in turn so that we may see this.

The alpha source of the idea was this 1982 “Broken Windows” article within The Atlantic by social scientists James Q. Wilson and George L. Kelling. In the 1990’s Rudy Giuliani picked up the idea and implemented it as policy in New York City. It appeared to work; crime in NYC sharply declined. For Gladwell this observation was sufficient, and so his 2000 book, The Tipping Point, promoted it. I personally recall being told about this broken windows “truth” at the time.

Many critics state that factors other than physical disorder more significantly influence crime rates. They argue that efforts to more effectively reduce crime rate should target or pay more attention to such factors instead.

According to a study by Robert J. Sampson and Stephen Raudenbush, the premise on which the theory operates, that social disorder and crime are connected as part of a causal chain, is faulty. They argue that a third factor, collective efficacy, “defined as cohesion among residents combined with shared expectations for the social control of public space,” is the actual cause of varying crime rates that are observed in an altered neighborhood environment. They also argue that the relationship between public disorder and crime rate is weak.[34]

Baltimore criminologist Ralph B. Taylor argues in his book that fixing windows is only a partial and short-term solution. His data supports a materialist view: changes in levels of physical decay, superficial social disorder, and racial composition do not lead to higher crime, but economic decline does. He contends that the example shows that real, long-term reductions in crime require that urban politicians, businesses, and community leaders work together to improve the economic fortunes of residents in high-crime areas.[36]

Another tack was taken by a 2010 study questioning the legitimacy of the theory concerning the subjectivity of disorder as perceived by persons living in neighborhoods. It concentrated on whether citizens view disorder as a separate issue from crime or as identical to it. The study noted that crime cannot be the result of disorder if the two are identical, agreed that disorder provided evidence of “convergent validity” and concluded that broken windows theory misinterprets the relationship between disorder and crime.[37][page needed]

In recent years, there has been increasing attention on the correlation between environmental lead levels and crime. Specifically, there appears to be a correlation with a 25-year lag with the addition and removal of lead from paint and gasoline and rises and falls in murder arrests.[38][39]

Gladwell himself now recognises that his promotion of this idea was flawed.

This “rule” is very firmly rooted in our cultural consciousness.

It originally came from a 1993 study of violinists and pianists that discovered that the very best had, by the age of 20, done 10,000 hours of practise. The authors suggested that talent played no part and ran with the idea that it was all explained by dedication to practise. It is a compelling idea; just work at it enough and you also can join the ranks of the elite.

Since then attempts to replicate that 1993 study have failed. Brooke Macnamara, a psychologist at Case Western Reserve University, found something quite different …

“When it comes to human skill, a complex combination of environmental factors, genetic factors and their interactions explains the performance differences across people.”

The different between the average players and the top players was not practise. They all had logged roughly about the same number of hours. The study (available here at Royal Society Open Science), did this …

We did not replicate the core finding that accumulated amounts of deliberate practice corresponded to each skill level.

It also all becomes a tad more complicated. Ericsson, the author of the original paper is highly critical of what Gladwell did with their paper and went as far as openly criticising Gladwell as follows …

…wrote a rebuttal paper in 2012, called The Danger of Delegating Education to Journalists.

“The 10,000-hour rule was invented by Malcolm Gladwell who stated that, ‘Researchers have settled on what they believe is the magic number for true expertise: 10,000 hours.’ Gladwell cited our research on expert musicians as a stimulus for his provocative generalisation to a magical number,” Ericsson writes.

Ericsson then pointed out that 10,000 was an average, and that many of the best musicians in his study had accumulated “substantially fewer” hours of practice. He underlined, also, that the quality of the practice was important.

How should we think of Malcolm Gladwell?

Gladwell is not a scientist or researcher. Instead he is a writer who cherry-picks existing ideas and then articulates and runs with them in new and innovative ways. He is quite open about this. Via the Brian Lehrer show …

“I am a story-teller, and I look to academic research … for ways of augmenting story-telling. The reason I don’t do things their way is because their way has a cost: it makes their writing inaccessible. If you are someone who has as their goal … to reach a lay audience … you can’t do it their way.”

“Their way” means he does not validate and rigorously test the ideas, but instead simply cherry-picks what fits with his quite different agenda of crafting a book that will entice and sell. What he is doing might indeed have the semblance of being founded on science, but critically examination reveals that many of the ideas often fall apart.

Reading one of his books is perhaps in many ways akin to watching a movie that claims “based upon a true story”, but has actually been distorted and hyped to ensure that the end result is an entertaining story that both grips and flows from cover to cover.

The core problem is not that he is a bad writer, but rather that he is a top-tier writer, a master of the craft, and so his books are all guaranteed to be best sellers. This is because he has a skill that enables him to woodcraft in a manner that will tickle our brains in just the right way. Should we trust his body of work as valuable insights into scientific truth and as illustrations of how things actually work?

In a word no. It might indeed be “based upon real research”, but needs to be treated as you would handle any movie that claimed “based upon a true story”. We need to remember that he is telling you a story.

What do academics make of his work?

They basically roll their eyes when new students start gushing about his books, and then proceed to explain the problem.