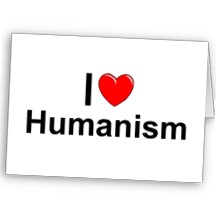 A rather common retort from those who believe in a god is that without such a belief there is no morality and that we are instead apparently cast adrift to blow in the wind in whatever direction our desires might take us. I’m not quite sure what these believers think actually happens, perhaps they retain visions of non believers huddled within rat infested dilapidated drug dens craving the next fix. Then again maybe they envisage that all the non-believers join biker gangs that rove across the countryside raping and pillaging as the go.

The fact that some do indeed think like that does not make it true,  the reality is that with or without belief, most humans are decent and honourable, not because they adhere to a set of rules from an old book, but rather because of the human empathy that we have all evolved with. Picture in your mind a believer reading the bible and coming across the directive to not kill, it conjures up a John Cleese moment … “Oh, so murder is bad, oh wow I never knew, thank the stars that I read it here because I was just about to pop out and murder a few folks, this is quite a revelation“.  What is of course rather ironic about this directive is that as the book unfolds, the directive to not kill is happily ignored and this same god character happily directs his followers to slaughter all the neighbouring tribes, men, woman and children, on a … (if you will forgive the term) … biblical scale.

“Reject the bible … but what would we do, how would we know what was right or wrong?” some might exclaim. Well, AC Grayling has a nice article in today’s Observer, where he advises that “The answer is: something far better, deeper, kinder and warmer – and far more rational – namely: humanism.” … then goes on to explain …

Humanism is a non-religious ethical outlook based on an interest in human affairs at the human scale. It is not a doctrine or a set of rules; it is a starting point, its founding idea being that ethics must be based on the facts of human experience. For some, the result of thinking for themselves about ethics might be close to a conventional moral outlook; for others, the result might be less conventional. Either way, there are just two constraints: that one’s choices must not be aimed at harming others, and that one must be able to make a solid case for one’s outlook if challenged by others.

One great flaw in religion-based moralities is that they are not thought through and chosen on the basis of individual responsibility, but are imposed from outside in a one-size-fits-all way. As a result, religious morality too often cuts across the grain of human nature, distorting it and crushing its natural impulses, not least as regards sex – always an inflated subject of interest for religious moralists, who throughout history have been frightened of it and bent on limiting it as strictly as possible.

As this shows, humanism is a response to Socrates‘s invitation to live the chosen life, rather than a life prescribed by doctrines inherited from the traditions, especially the religious traditions, of whatever community one happens to be born into. Religious moralities assume that there is one great truth and one right way to live for everyone. Another great flaw with religious morality is that it says if you do not obey, you will be punished. The threat of punishment is not a logically adequate ground for moral behaviour, even if it is prudent to avoid punishment by behaving as ordered. Unless one’s moral outlook comes from being thought-out and chosen for oneself, it is at best an imitation of morality, at worst a subversion of it.

There are indeed people living a good life without recourse to any religious moralities and have instead chosen a better way, the deployment of reason and the motivation of human empathy.

If there are no gods, then you will be gone, but will have lived a noble life that will live on in the memories of your loved ones.”

If time permits, why not read the full article, or even better, grab the book that it is an extract from and will shortly be published.

Yes, the motivation behind the article by AC Grayling is that he is plugging his new book, the God Argument, it is an extract from it.

There has been a bad-tempered quarrel between defenders and critics of religion in recent years. Both sides have expressed themselves acerbically because there is a very great deal at stake in the debate. This book thoroughly and calmly examines all the arguments and associated considerations offered in support of religious belief, and does so in full consciousness of the reasons people have for subscribing to religion, and the needs they seek to satisfy by doing so. And because it takes account of all the issues, its solutions carry great weight. The God Argument is the definitive examination of the issue, and a statement of the humanist outlook that recommends itself as the ethics of the genuinely reflective person.