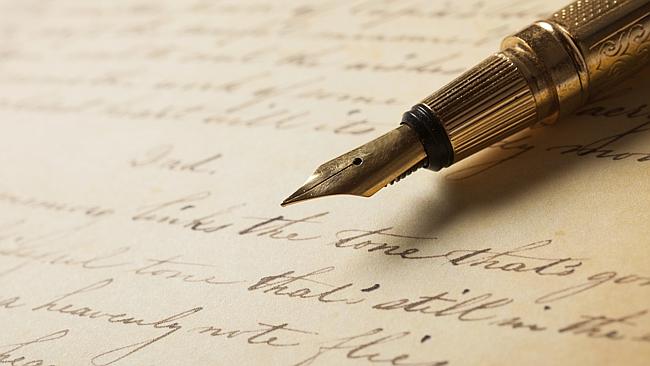 Over in a blog, a Christian has written a letter to an Atheist.

It contains the usual heavy dose of saccharine, and yes I mean saccharine because it is a truly artificial sweetener that has been deployed …

We had a discussion this week that I found to be an incredible experience.  I loved how it gave me the opportunity to dialogue with you and to get to know you on a more personal level.

First of all, I want to say that I respect the intelligence you have and also the tone of our discussion.  Your respectful consideration was noted and appreciated.

… and of course contains the usual appeals …

The point, my dear friend, that I am trying to make is that it is impossible for me to prove God’s existence to you because you are unable or unwilling to consider its plausibility.

I do wonder if she would be willing to consider the “plausibility” of Krishna or Allah being the one true god, and if not then why not?

Anyway, tempting as it might be to work on my own rebuttal, I find that Godless Mom has done a class 1 job and so I need not add to it. It is full of humour, and very well written, and so I’m pointing it out because I think you just might enjoy it …

I read your letter to your atheist “friend”, which you posted on your blog recently and while I am sure you’re expecting all of us heathens to just melt at your kindness, we’re not as think as you dumb we are. The condescension seeped off the page like brown biosludge from a walker who just got brained by Daryl Dixon’s arrow. We see through you, oh godly one.

Your first mistake was your poor analogy:

If you have seen the sun, which I assume you have, but someone else has never seen it and denies its existence, would you change your view to satisfy their denials?

As though this is the same as an atheist asking you to open your mind to the possibility there may not be reason to believe in a god. A more apt analogy would be,

I have experienced and seen the God of the Bible, and I cannot deny His existence just because you do.

Here’s where you’ve begun to get condescending. In order for us to have to deny God, we must know, deep down inside somewhere, that he’s there. We’re atheists. That means we don’t believe he’s there, so there’s nothing to deny. You can try to force a belief in god on us all you want, but all that tells us is that you cannot fathom the possibility that there are people in this world who simply do not have a belief in any sort of deity.

What your atheist friend is asking you, Grace, is how do you know what you’ve seen and what you’ve experienced is God? We have no doubt you believe the experiences you’ve had. We have no doubt you heard something you think is the voice of God. We are not suggesting you’re a liar. What we are asking, however, is, is it possible that what you’ve experienced and what you’ve heard could be something other than God? Further, could it be a different God? What evidence have you that what you’ve seen and heard is the God of your Bible? How do you know you’re not experiencing the trickster magic of Anansi or the shape-shifting confusion of Loki? Could it be possible, that you attribute these experiences to your God, because that conclusion falls in line with what you had already believed?

Is that… possible, Grace?

There are people in India who have had similar experiences to you and consider them proof that Vishnu exists or that Ganesh exists. Which one of you is right, and how do you determine that?

What we are asking, more briefly, is, could it be possible you’ve reached the wrong conclusion?

These are the questions intellectually honest people ask themselves. Some take it to great lengths, like René Descartes, who locked himself up in an oven for three days to assess what he really knew. All he could come up with, other than smelling like fresh baked bread, was that he himself existed, because he had thoughts. I think, therefore I am. No one’s asking you to climb into an oven, though, Grace, we’re just asking you to be honest with yourself and ask yourself honest questions and answer them with… you guessed it: honesty.

The point, my dear friend, that I am trying to make is that it is impossible for me to prove God’s existence to you because you are unable or unwilling to consider its plausibility.

This contains more horseshit than O.J. Simpson’s National Enquirer-acclaimed novel, If I Did It. It’s not that we are unable or unwilling, Grace darling, not at all. You must know that many of us were theists before we were atheists, so clearly, we’re willing and capable. The reason we don’t believe is simply that there is not enough evidence for God’s existence. Many ex-theists followed in Descartes footsteps and asked themselves, how do I know this is true? When you strip away every assumption that’s not backed by evidence, well, then, you’re left with no reason to believe in God.

If you ask yourself why you don’t believe in Baron La Croix, the Voodoo god of sex, is the answer that you are unable or unwilling to consider his plausibility? If I requested, politely, that you consider the Baron’s erotic existence; If I offered you my own personal experience and swore that I had heard his voice and seen his massive, throbbing member, and was driven mad with otherwise inexplicable lust, would you consider his existence? If I presented to you my copy of the Voodoo Hoodoo Spellbook as proof he exists, and told you that there are 60 million people the world over who revere the great Baron as a deity? If I told you that every sopping pair of panties was his work? If I asserted the Baron was responsible for every stiffy your husband ever had? Where did your husband get the idea to stick his custard slinger in your backdoor? Why, the Baron, that’s where. Who is the muse inspiring every artistic pornography film? It’s the Baron! Look around you, Grace. Every child is a testament to the seductive powers of Baron La Croix. Just look around you, the evidence is there.

What would it take for you to believe in the Baron, Grace? You can’t prove he doesn’t exist.

So if you enjoyed reading that, then here is a link so that you can read it all.

Did the Original Author See this and Reply?

Yes she saw it, and is clearly quite pissed that non-believers simply don’t roll over and instantly convert …

Dear Godless Mom, I am sorry you thought I was being condescending in my blog post. That was certainly not my intention. Rather, my purpose in writing this blog was a follow-up on a lengthy discussion with an atheist. You have a right to believe what you do and so do I. I may respectfully disagree, and I have that right — just as you do. Disagreeing and articulating my own faith does not make me condescending nor ignorant. This is my response to the challenge that I am ignorant just because I do believe in the existence of God. I wish you the best. [I ended this with “God bless you,” but it created such offense that I am removing it. As clarification, as one who believes in God, wishing someone a “God bless you” is one of the kindest things I can say, and that was my intention. I apologize that it may have come across as something else.] Thank you for your time! Have a wonderful day! Respectfully yours, Grace

What Grace fails to address or even appreciate, and clearly still does not grasp, is that Godless Mom is making a rather important distinction here between acceptance of something that has no credible evidence at all and rejection of a claim due to the complete lack of any credible evidence. These are not different variations of belief, one is the pretence of something being true on the basis of emotional manipulation, and the other is a plea to pause and seriously ask yourself if what you accept as real is truly real.

As Godless Mum put it …

I ask you, Grace in the Moment, which is the more honest approach?

Grace is clearly way too emotionally invested in the belief to even contemplate such a thought and would find it almost impossible to even consider the idea that she just might be wrong, so she has no option but to simply dismiss the rebuttal to her arguments.

At the tender age of four, I became aware of the fact that I sinned and became convicted of my need for God’s forgiveness.  I was overjoyed to learn that Jesus died so that I could be forgiven and not need to be entrapped in my sin.

Exactly what horrendous crime does a 4 year old need to commit to end up on a guilt trip?