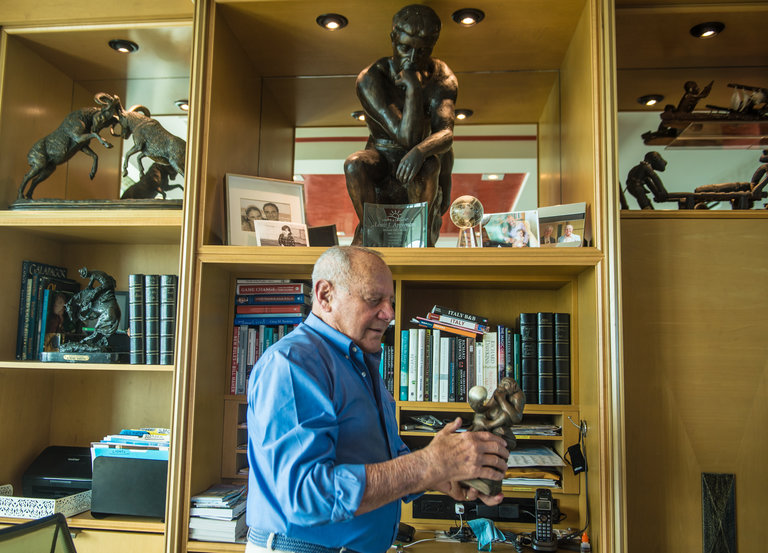 Now here is a good news story doing the rounds in the media at the moment, for example The New York Times reports ..

University of Miami Establishes Chair for Study of Atheism

… and so you might feel this is strange and that it makes no sense at all.

If you made the observations that Atheism is not a philosophy, or even something that defines a human life then you would be correct. This is because there is no dogma attached to it, nor is there any text that lays out its tenants. Instead it is a word that describes the rejection of specific religious claims regarding the existence of a supernatural entity due to the complete lack of any objective evidence for it.

So what is the story behind this headline?

This is actually an initiative that comes from The Appignani Foundation, an organisation founded in 2001 and run by Louis J. Appignani with a mission statement that reads …

“The foundation’s fundamental premise is that all mankind is part of the same family, sharing one home… planet earth, and that the root cause of the world’s problems are due to differences of religion, race and nationality. Barriers created by faith based ideology must be replaced with the foundation’s “holy trinity” of Humanism, Science and Futurism if our planet is to survive. We will therefore encourage secular activities that can result in significant, vital and measurable long term cumulative effects on our planet’s population and environment. This can best be accomplished by supporting creative thought organizations that spread humanistic values, expand creative educational opportunities, encourage long-range critical thinking and emphasize scientific reasoning.”

Back in 2012 … yes 4 years ago … it was announced that there was an intent to establish a chair at the university of Miami, but of course the idea pre-dates that statement because Mr Appignani has been floating the idea for far longer. The news here is that it has now finally happened.

Anyway, in an age where almost 1 in 4 of the US population are not actually religious, it is a wholly appropriate and very much welcomed step in the right direction.

“There was great reluctance on the part of the university to have an endowed chair with the word ‘atheism’ in the name, and that was a deal-breaker for Lou,” Mr. Siegel said. “He wasn’t going to do it unless it had the word atheism in it.”

The university had reason to be cautious, Thomas J. LeBlanc, executive vice president and provost, said in an interview.

Asked whether he anticipated any backlash, Mr. LeBlanc said: “This is an area where people can get overly excited if they don’t actually look carefully at what’s happening. The idea that there are nondeity approaches to explaining our surroundings is not controversial in the academy.”

This is not the first

Pitzer College, a liberal arts school in Southern California with about 1,000 students, became the first to begin a program and major in secular studies five years ago. Phil Zuckerman, a sociologist of religion who founded the program, said it now offered four courses on secularism of its own and many others by the six professors associated with the department. Only two students have chosen to major in secular studies, he said, but the courses are popular. For its “Secularism and Skepticism” class last year, he turned away 25 students, more than the 22 he was able to admit.

OK, so lets permit Phil Zuckerman to have the last word here …

“As rates of irreligion continue to rise, not only here in the U.S.A. but all over the world, we need to understand secular people, secular culture, and secularism as a political and ideological force.” – Phil Zuckerman