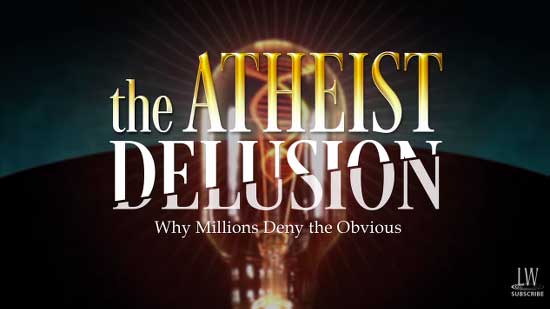 One specific thing that evangelist Ray Comfort appears to be quite good at is drumming up a bit of marketing hype for something that actually has no real substance at all, but we should not be surprised by that because that essentially is what his entire career is all about.

His latest movie has been offered with the teaser that it contains the ultimate atheist killer question that will immediately convince atheists that God is real. To be precise, the tagline is …

“Atheism destroyed with one scientific question.”

The word “Science” is indeed a topic that Mr Comfort has a reputation with, but it is not exactly a good one (Hint: google “Banana Argument”, and try not to laugh too loudly).

OK, so as a non-believer, I do like to mull over any new arguments that pop up. This is perhaps because I think that it to be important to consider all the evidence and to not filter out the things that I do not agree with. So what exactly is Mr Comfort’s “Scientific Atheist killer question”?

So far I can’t download the movie without paying about $20, and the idea of paying him even $1 is not a step I’m prepared to entertain. Apparently his movie will be up on YouTube by about the end of September, but I need not wait because The Friendly Atheist, Hemant Mehta, has taken a hit for the team. He has not only interviewed Mr Comfort about it, but he has also watched the movie itself and then written a review.

It was so impressive, and the arguments so compelling, that Hemant has now converted and changed the title of his site to The Friendly Christian …

The Interview with Mr Comfort

It pre-dates his viewing of the movie and contains some good Q&A. Here are a few snippets …

FA: You’ve been evangelizing for decades now. What was the last thing an atheist said to you that you felt was a good argument?

RC: A good argument I often hear is the one that points out the hypocrisy seen in so much of historical and modern Christendom. They are rightly angered by the Roman Catholic crusades and their horrific inquisitions (where they tortured Christians for what they saw as heresy), the thousands of pedophile priests, the bottomless collection bags of televangelists, the many so-called pastors that are into adultery, etc., and the crazies like the Westboro Baptist church.

I don’t blame atheists for being angry. Almost daily I get angry atheists on my Facebook page (sometimes along with death threats), furious at me because they have read that I said I would rape and kill my children if God told me to [Link]. The “rape my kids” meme was written years ago by a middle-aged atheist in Chicago, who then put my face and name with his disgusting words, and spread it all over the Internet. So there’s a lot of issues for atheists to be angry about and little I could ever say to adequately answer them, particularly when I’m in agreement with most of what they say about hypocrisy.

FA: Conservative columnist Matt Barber wrote of this film that, “you managed, in about an hour, to make the case, beyond any reasonable doubt, for the Creator God.” How is it possible that you did that when so many Christian apologists before you have failed?

RC: I wouldn’t say that they failed. They perhaps just didn’t frame it using the Socratic Method. But the question I ask in the movie isn’t a magic bullet. I hope this doesn’t sound offensive, but it only works with those who are both humble and open to reason. I’m sure the movie will be thoroughly trashed by most in the atheist community, but I believe those who want to know the truth will hit it head-on.

In other words, Mr Comfort is admitting that his new movie does not actually contain “the ultimate atheist killer question” and that is just hype, but I guess you had already worked that out. As one additional observation, it has been my experience that the term “humble and open to reason” within a religious context actually translates to, “gullible and devoid of any critical thinking”, and that’s not a cheap shot, it really is like that because you are being invited to buy into some absurdly silly ideas that just don’t have a jot of evidence to back them up.

Incidentally,  the infamous Banana clip got a mention. At one point Mr Comfort explains …

Another huge highlight of our time at the Reason Rally was the interview with Lawrence Krauss. I really liked him and what he had to say. After the official interview, we kept the cameras rolling while he interviewed me. One of the questions he said he wanted to ask was if I was embarrassed about the infamous banana clip. I told him that I was very embarrassed by it.

It is perhaps heartening to see that he now recognises that the banana claim was incredibly silly. Now if only we can persuade him that the rest of his arguments are equally daft.

my atheism wasn’t destroyed. It wasn’t even nicked. If anything, it’s stronger than ever before since the big “scientific question” turned out to be a version of a question we’ve all thought about many times before.

… he pivots to DNA. It’s complex. It has a lot of information. Surely someone had to create it.

We’ve heard that argument before. William Paley famously said it about a watch, that if you came across one on the ground, you’d reasonably think it fell off someone’s wrist or was put there on purpose. You would never say it evolved like that by chance.

But it’s a horrible analogy for evolution. Richard Dawkins wrote an entire book, appropriately titled The Blind Watchmaker, detailing all the ways that logic makes no sense. Comfort clearly hasn’t read Dawkins’ book since he’s still working off of the same 200-year-old analogy.

In essence, his entire argument is summed up as follows …

I have no clue how something as complex as DNA could have happened naturally, therefore my specific God did it by magic

Interestingly enough, it is not just the old plea to ignorance, but is also a huge leap to his specific variation of belief. If his argument was credible (it’s not), then it would be equally valid to leap to any belief at all, any of the variations of Islam or perhaps one of the Greek or Roman deities perhaps.

It is Hemant’s review, so let’s permit him to have the last word on it all …

“The entire movie is just the latest iteration of an argument we’ve heard so many times before. It’s God of the Gaps: The Movie. It’s ignorance parading around as evidence for God’s existence.”

“It’d be unfair to call this movie original because it’s not. It’s not even a sequel. It’s literally the same thing Comfort has done for decades”

“Much like Christianity, this film doesn’t live up to the hype and leaves you wanting your money back.”