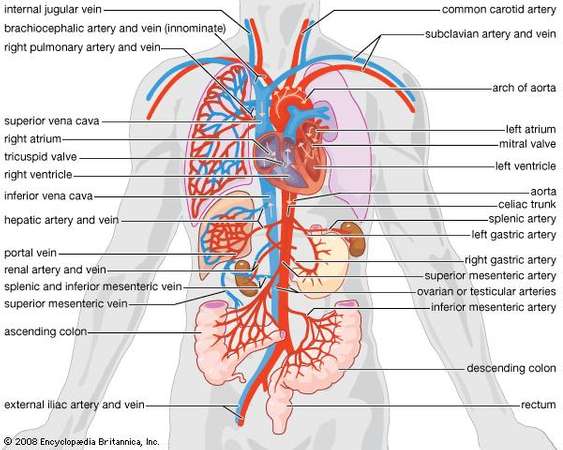 A chap called Bill Dunn has written an essay that has attracted a bit of attention. It has been published within the Catholic Transcript, a magazine of the Archdiocese of Hartford, Connecticut. When I say “attention”, what I actually mean is that it popped up in my Google news feed so it perhaps implies a sufficient number of others linked to it to tip the Google algorithm into selecting it.

It is in one sense an interesting article because it is a great illustration of the balance achieved between belief and non-belief.

Let’s take a brief look to see what convinces Mr Dunn that it is impossible for a Doctor to not hold a religious belief. We can now see if his arguments persuade you to also believe.

How can a doctor possibly be an atheist?

Mr Dunn describes visiting his cardiologist, and then makes this observation …

Anyway, while waiting for my cardiologist to come into the exam room, I looked at the various posters and medical illustrations on the wall. I’ve learned more than I want to know about the human body in recent months…

…As I gazed at those medical posters, which showed the human heart and the complex circulatory system, a question popped into my head: How can a doctor possibly be an atheist?

Just think about it. The human body is such a complicated, intricate, precision machine, it is impossible to think it all came into existence by accident.

The essence of the claim is this – “I have no idea how this could have happened naturally, therefore a God did it by Magic”.

It is a very old claim that take many forms, and can pop up in almost any context. Examples include not simply life, but also Planet Earth or the entire universe.

Interestingly enough, almost every variation of belief will deploy this argument. You can vary the conclusion to fit any belief – Allah, Krishna, Jesus, etc…

The first point is this. When you discover an argument where you can vary the conclusion then you can be quite sure that that the argument is seriously flawed. For example, you can remove religion and substitute anything you can dream up such as hype-dimensional beings that transcend space and time, time travellers, magic pink unicorns, etc… The argument is equally valid for any ion those and uses exactly the same amount of data.

Mr Dunn also tosses in a few side claims as well.

The teachings of Atheism

coming into existence by accident is exactly what atheism teaches

Er … no, Atheism does not “teach” anything, it is simply a conclusion to just one question; Is there a God? No, there is no evidence for that, so I don’t believe it. That’s it, that is the complete scope, it says nothing about anything else.

There are of course things we do know, such as evolutionary biology. That explains the diversity of life without any Gods or magic being required. There are also things we do not know, such as the origins of life. When faced with the unknown then the only viable answer is “I don’t know”. Pretending to know things that nobody actually knows is not exactly a reliable path to knowledge.

The Rule that does not apply

There is an apparent rule …

experience and common sense tell us that complicated, intricate things exist only when planning and intelligence and guidance are involved. If that’s true for relatively simple items, like lawn mowers and cuckoo clocks, how much more is it true for extremely complex items, like the circulatory system or the human brain?

.. and yet when you point out that if this is truly correct, then you also need to explain the even more complex and more intelligent thing that created God.

The answer, for those that believe, is that God does not have an even more complex more intelligent God that created her, so the rule does not apply universally, there are apparently exceptions.

It is strange circular reasoning. “How do you know this?” you might ask. “Well because we are here”. The actual evidence that exists for this entity that supposedly manifests within our reality is exactly zero. There are of course numerous knowledge claims for every variation of a God that is believed in, but when examined all you actually discover are people who are quite convinced that they know things that don’t actually know at all.

Why do humans invent all this complexity?

Principally because we need it to be true at an emotional level.

Mr Dunn is clearly facing a deep seated fear. The context of his essay is his visit to a cardiologist, and so deep inside he is coming to terms with his own mortality. We can all feel empathy and also wish him well, and perhaps also in one sense appreciate that the driving force here is not that the belief is actually true, but instead is that he needs it to be true.

Religion is fundamentally an emotional experience and so those that have invested a great deal of time in it need to retain that investment. Belief thrives because it brings security, a sense of belonging, and easy answers, and not because it is actually true at all. It is maintained because it taps into human emotions and leverages them. We can’t be reasoned out of it because we never reasoned ourselves into it, but instead simply inherited it without giving it too much thought.

If we are inclined towards heuristic thinking then it remains intact, but if we apply analytical thinking then often that can lead to something that is reviled and despised by belief – doubt.

In the end it comes down to this. Are we interested in knowing what is actually true, or are we content with easy answers that are oh so enticing.