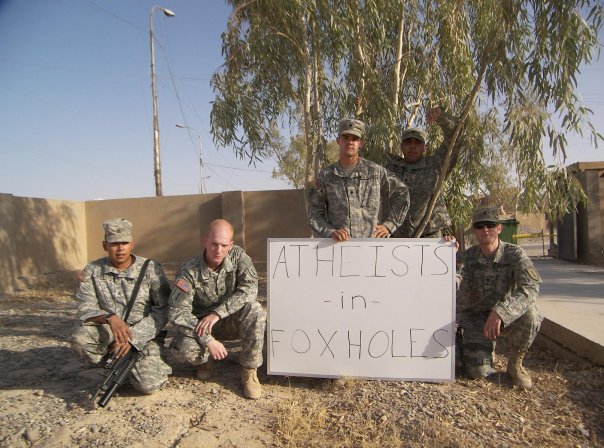 Do go and read it.

OK, it is a reprint of an old article that she originally wrote back in 2011, and yet it is also wholly appropriate for it to be republished and perhaps repeated on a regular interval because the above mythology that is promoted by many religious folks still persists, not because it is in any way true, but because they are forced to retreat into such thinking in order to keep their belief intact.

If you are openly a non-believer as I am, then you will be nodding as you peruse the above list because you will no doubt have tripped up over several of the above. For example I vividly recall having a friendly discussion with an Evangelist who was quite convinced that there was no such thing as an Atheist, that we all secretly believed, and simply presented disbelief because we were angry with God. His justification for this was to quote a bible verse, and that was it … the bible says it, so end of discussion. I politely explained that this was simply daft, and that we are as angry with his god concept as he is angry with Zeus, then suggested that perhaps he really secretly believes in Zeus. His rebuttal to that – he suddenly decided he had far more important things to do and quickly rushed off, which was a tad odd because as a full-time evangelist I would have expected that I would have been his primary target.

When faced with such claims, you do sometimes wonder if there is an intent to promote deliberate deception by lying? I suspect not, and instead think that these are more akin to urban legends within the religious community. Such myths are promoted as “truth”, and those hearing them in turn embrace them as “truth” and pass them on. It is perhaps like this because it is one of the mechanisms that belief has been naturally with to protect itself.

Being inside is perhaps psychologically akin to sitting inside a castle and seeing anything and everything beyond the walls as darkness and wrong. “They” are of the world, or “They” have the wrong belief and are not listening to truth but the whisperings of demons, and we rest here safe and secure inside our bastion of exclusive truth. The mythology is the mortar that binds the bricks of the walls together and helps to defend against any and all outsiders.

The real tragedy is that those who live behind such walls might indeed truly perceive such mythology to be “truth”, and by doing so have blinded themselves to the stark reality that their nice safe castle is in reality a prison. As they sit incarnated in chains, they will keep telling themselves that they are truly free.