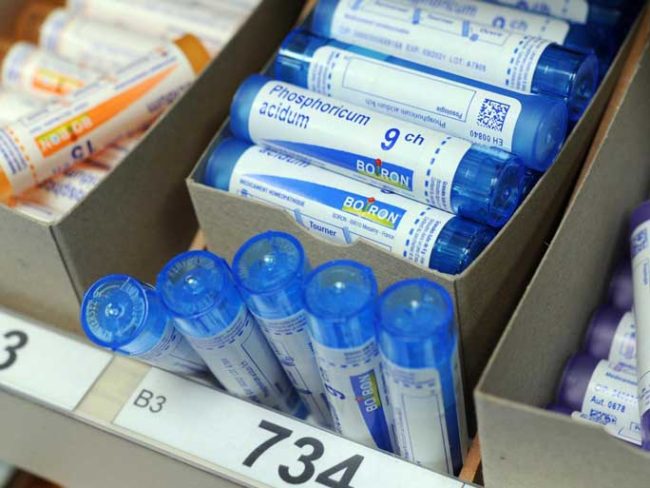 Historically the US FTC (Federal Trade Commission) has tended to turn a bit of blind eye to Homeopathy.

That however has just changed …

The Federal Trade Commission (FTC) is issuing this Policy Statement to provide guidance regarding its enforcement policy with respect to marketing claims for over-the-counter (OTC) homeopathic drugs. It applies only to OTC products intended solely for self-limiting disease conditions1 amenable to self-diagnosis of symptoms and treatment.2 The Commission believes this Policy Statement is appropriate in light of the burgeoning mainstream marketing of OTC homeopathic products alongside other OTC drugs.

(Side note: OTC = Over The counter. Basically the stuff you can just buy within a medical prescription)

The FTC statement correctly identifies Homeopathy as popular but bullshit …

Many homeopathic products are diluted to such an extent that they no longer contain detectable levels of the initial substance. In general, homeopathic product claims are not based on modern scientific methods and are not accepted by modern medical experts, but homeopathy nevertheless has many adherents

It points out that the promotion of Homeopathic remedies that do not actually work for the things that they claim to do is illegal, and so they need to be quite clear about that in their marketing …

For the vast majority of OTC homeopathic drugs, the case for efficacy is based solely on traditional homeopathic theories and there are no valid studies using current scientific methods showing the product’s efficacy. Accordingly, marketing claims that such homeopathic products have a therapeutic effect lack a reasonable basis and are likely misleading in violation of Sections 5 and 12 of the FTC Act.14 However, the FTC has long recognized that marketing claims may include additional explanatory information in order to prevent the claims from being misleading. Accordingly, the promotion of an OTC homeopathic product for an indication that is not substantiated by competent and reliable scientific evidence may not be deceptive if that promotion effectively communicates to consumers that: (1) there is no scientific evidence that the product works and (2) the product’s claims are based only on theories of homeopathy from the 1700s that are not accepted by most modern medical experts.

They make it clear that there is no wiggle room here. The producers do not get to bury such clarifications in tiny print …

Homeopathy cures are promoted as medicine, yet up until now what has been missing is simply holding such “medicine” to the same standard that every other treatment must adhere to. That make that crystal clear that their stance has changed and don’t dilute their words in any way …

In summary, there is no basis under the FTC Act to treat OTC homeopathic drugs differently than other health products. Accordingly, unqualified disease claims made for homeopathic drugs must be substantiated by competent and reliable scientific evidence. Nevertheless, truthful, non- misleading, effective disclosure of the basis for an efficacy claim may be possible. The approach outlined in this Policy Statement is therefore consistent with the First Amendment, and neither limits consumer access to OTC homeopathic products nor conflicts with the FDA’s regulatory scheme. It would allow a marketer to include an indication for use that is not supported by scientific evidence so long as the marketer effectively communicates the limited basis for the claim in the manner discussed above.

Bottom line: They can sell whatever they wish, but must now do so honestly. They make it 100% clear that if there is no scientific evidence that backs up the various claims, then they must clearly tell you that, and if they don’t then they are breaking the law.

Legally the homeopathy community wished their remedies to be seen and handled as medicine, hence in the US, homeopathic remedies are regulated as drugs under the Federal Food, Drug and Cosmetic Act (FDCA). If indeed that is the claim, then the FTC now makes it clear that they need to adhere to the standard that all drugs must adhere to – namely, if you make a claim that the drug does something, then you have to prove it scientifically, or clearly state that this is not the case.

Obviously such “drugs” could be sold as herbal cures and so would not need to do that, but they legally can’t because officially it is law that they are drugs. To change that would require an act of congress, and that is really not going to happen.

This is quite frankly a huge leap forward for common sense and consumer rights.

Now if only we could persuade somebody to put in place regulations like these for political claims.

If you are unfamiliar with Homeopathy, then I recommend a quick browse of the Wikipedia page.

The TL;DR (Too Long; Didn’t Read) version for that page is that it is basically quackery. Those that consume it truly believe in it and those that dispense it also generally do, but the quantity of credible scientific evidence that it really works is more or less zero.

“To believe homeopathy works … is to believe in magic.” – Timothy Caulfield