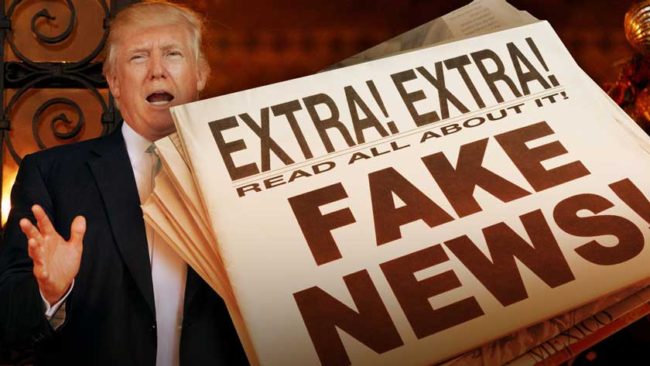 We live in a truly bizarre time. When hearing on Sky News that the Whitehouse was on lockdown because somebody had climbed over the fence, I did wonder if it was somebody trying to get out, and to be honest who could blame them if it was. As a reflection of just how crazy things are, there is a twitter account named “Rogue POTUS Staff” that has 855K followers.

It’s probably not an insider, and at best might be somebody on the fringe. They have never been the first to tweet anything, but it’s still funny anyway, so a hat-tip to whoever it actually is.

The real Inside Scoop

To gain a far more credible insiders view, we can turn to Shane Goldmacher, the chief White House correspondent for POLITICO. He has a fascinating article published on 15th May in which he describes how Trump gets all of his fake news …

Just days earlier, K.T. McFarland, the deputy national security adviser, had given Trump a printout of two Time magazine covers. One, supposedly from the 1970s, warned of a coming ice age; the other, from 2008, about surviving global warming, according to four White House officials familiar with the matter.

Trump quickly got lathered up about the media’s hypocrisy. But there was a problem. The 1970s cover was fake, part of an internet hoax that’s circulated for years. Staff chased down the truth and intervened before Trump tweeted or talked publicly about it.

In other words, internal staff have been falling over themselves to try and gain points in his eyes by either pandering to his conspiracy beliefs, or simply triggering him on some issue they want his attention focused upon …

Aides sometimes slip him stories to press their advantage on policy; other times they do so to gain an edge in the seemingly endless Game of Thrones inside the West Wing.

The consequences can be tremendous, according to a half-dozen White House officials and others with direct interactions with the president. A news story tucked into Trump’s hands at the right moment can torpedo an appointment or redirect the president’s entire agenda. Current and former Trump officials say Trump can react volcanically to negative press clips, especially those with damaging leaks, becoming engrossed in finding out where they originated.

As has been correctly pointed out within that article the Global cooling Time cover was fake. His staff realised this and managed to get on top of things before he tweeted it. The fact that this happened was obviously out, so when challenged by Whitehouse correspondents to comment on this fake article being pipelined to Trump, the explanation that came back was as follows …

another White House official familiar with the matter tried to defend it as an honest error that was “fake but accurate.”

“While the specific cover is fake, it is true there was a period in the ’70s when people were predicting an ice age,” the official insisted. “The broader point I think was accurate.”

One slight flaw, even that explanation is grade 1 gold plated BS. This myth has been robustly debunked many times over, and yet here within this bizarre Presidential edition of whack-o-mole, up it pops yet again.

All of about 30 seconds or less on google yields the truth ..

A survey of peer reviewed scientific papers from 1965 to 1979 show that few papers predicted global cooling (7 in total). Significantly more papers (42 in total) predicted global warming (Peterson 2008). The large majority of climate research in the 1970s predicted the Earth would warm as a consequence of CO2. Rather than 1970s scientists predicting cooling, the opposite is the case.

We are reaping the consequences of a technological change that has disrupted a great deal. Individuals are being stressed both financially and also intellectually by forces unleashed by a vastly increased flow of information. Previously unassailable ideas and beliefs are being openly challenged, jobs that were once a career for life are vaporised, skills that would serve an individual for an entire career have been rendered irrelevant.

In response, people reach for easy answers. Those that stand up and promote warm re-assuring emotional sound bites that pander to deep fears, and offer apparently easy solutions, gain traction. The idea that “they” are the cause of all our woes is enticing and seductive, where “they” can be some minority such as immigrants, Muslims, or Mexicans. Nationalism arises, international free trade deals are scrapped, even when doing so actually damages economic interests. Sensible regulations are discarded. The EPA (Environmental Protection Agency) is being gutted because of the delusional belief that regulations are strangling the ability of industry to thrive.

Will the GOP now impeach Trump?

It needs to be a GOP initiative, they hold the majority, and unless they act, then he will not be impeached.

Basically no, they will not.

Remember that nothing is really a surprise, and everything we see and read about has to some degree or another already been anticipated. They knowingly supported an individual who has been bankrupt multiple times, is guilty of sexual harassment, never pays his bills or keeps his promises, and openly and boldly lies about almost everything. Why oh why would a majority of them suddenly discover a spine and take a moral stance now?

Potentially even greater disruption and accelerated change is in the pipeline. I’m not referring to some Trump incompetence. As an example, in the not too distance future, ten or perhaps twenty years, you will not be driving. Instead, you will simply select your destination and then sit back and watch a movie as your car self-drives you there. That might sound cool, but pause and consider what will happen to the literally millions of people who drive buses, trucks and taxies. Like many other jobs, these roles will simply cease to exist. How will all these people feel about being cast aside, how will they respond when the next Trump like individual pops up offering easy answers and blaming “them” for their impoverishment and social demotion?

I’d like to think I’m wrong, and perhaps I am because potentially the lessons we learn after voting such an incompetent buffoon into the highest office might be sufficiently painful for the voting public to wise up a bit.