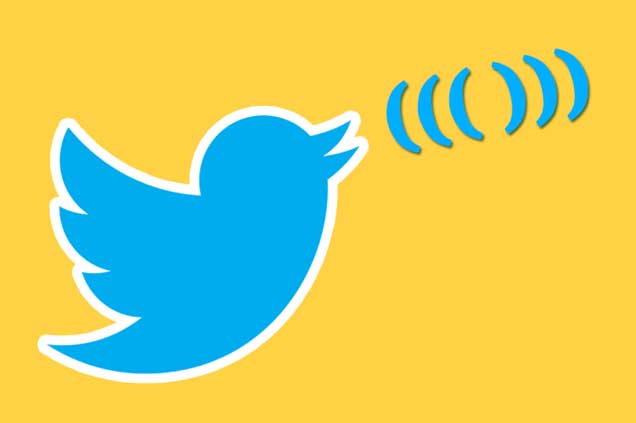 If you surf twitter then you might have noticed something odd is going on. Some users have taken to putting (((brackets))) around their twitter name, and so you might be wondering what that is all about.

Perhaps you dismissed it as a bit of vanity and that people were simply trying to make their name stand out within the twitter feed. Well no, there is actually something quite important happening here.

The story here is that white supremacists have been using a Google Chrome extension called Coincidence Detector. What this does is to automatically add the brackets around any names that have been retained within a database, and so this was being used to run a hate campaign against prominent members of the Jewish community.

As explained on Motherboard …

Yair Rosenberg, a senior writer at the Jewish magazine Tablet, might see something like this: (((Yair Rosenberg))) or (((Rosenberg))). Rosenberg has known for years that those parentheses are a secret code used by neo-Nazis to call out that Rosenberg is Jewish—a signal that he’s being watched or at least noticed by people who hate him.

“They want Jews to know they’re going after them,” Rosenberg told me. “It’s a signal to Jews and it’s a signal to people in their own group. It’s not that they want it to be a secret, but they don’t want to explain it to people. It’s a wink and a nod to other neo-Nazis and to Jews.”

The net effect was that anybody with ((( ))) around their name not only knew that they were being watched, but they would also be specifically targeted because it was in effect a signal to other neo-Nazi’s to start deploying a torrent of racist abuse.

It all became public knowledge when Jonathan Weisman, the New York Times’ deputy Washington editor, was on the receiving end of this, and so after looking into it, he wrote about his experience last May …

THE first tweet arrived as cryptic code, a signal to the army of the “alt-right” that I barely knew existed: “Hello ((Weisman)).” @CyberTrump was responding to my recent tweet of an essay by Robert Kagan on the emergence of fascism in the United States.

“Care to explain?” I answered, intuiting that my last name in brackets denoted my Jewish faith.

“What, ho, the vaunted Ashkenazi intelligence, hahaha!” CyberTrump came back. “It’s a dog whistle, fool. Belling the cat for my fellow goyim.” With the cat belled, the horde was unleashed.

The anti-Semitic hate, much of it from self-identified Donald J. Trump supporters, hasn’t stopped since.

Why oh why am I not exactly surprised to discover that those behind all this are also Trump supporters.

On the 1st June, Mic.com picks up the story and also reveals even more torrid examples of it all.

The general response now is to take a cue right out of the end of the 1960 Spartacus movie where recaptured slaves are asked to identify Spartacus in exchange for leniency; and instead, each and every slave boldly stands and proclaims himself to be Spartacus, thus sharing his fate.

Many, as they find out about this, have been putting the braces around their own twitter name, and by doing so have in effect not only taken a very strong anti-racist stance, but are also watering down the neo-nazi use of braces and rendered it useless.

What about that Chrome Plug-in?

Google confirmed that on Thursday evening, after Mic published this story, the Coincidence Detector app was removed from the Chrome store for violating Google’s hate speech policy. Google’s Terms and Conditions for apps explicitly prohibit “promotions of hate or incitement of violence.”

You can also join in

To also take the same stance, just go to your Twitter profile page, click ‘Edit Profile’, and simply type the brackets in around your name as I have done, and so you also can be Spartacus.

1 thought on “Why am I seeing (((brackets))) around names in twitter?”