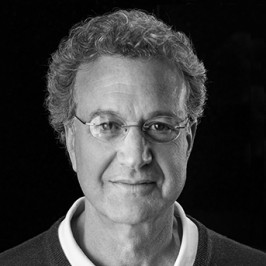 Richard Cohen, a graduate of Columbia University Law school, and now president of the Southern Poverty Law Center (SPLC), has issued a rather important statement.

First a quick bit of background.

Who is Richard Cohen?

This is a guy who is passionate about human rights and people.

In 1997, the national legal magazine The American Lawyer selected him as one of 45 public sector lawyers “whose vision and commitment are changing lives.” In 1999, he was a finalist for the national Trial Lawyer of the Year Award for his work on Macedonia Baptist Church v. Christian Knights of the Ku Klux Klan, a lawsuit that ended with a record $37.8 million judgment against a Klan group for its role in the burning of a South Carolina church.

What is the Southern Poverty Law Center (SPLC)?

To quote the Wikipedia page …

The Southern Poverty Law Center (SPLC) is an American nonprofit legal advocacy organization specializing in civil rights and public interest litigation. It is noted for its legal victories against white supremacist groups, its classification of hate groups and other extremist organizations, its legal representation for victims of hate groups, and its educational programs that promote tolerance.

The SPLC does not accept government funds, nor does it charge its clients legal fees or share in their court-awarded judgments. Most of its funds come from appeals to donors which have helped it to build substantial monetary reserves.

Below is his statement in full.

In these “interesting times”, it is an important statement and cut to the heart of a very fundamental concept – Freedom of the Press

The chief strategist in the White House, a man who rallied a growing white nationalist movement behind Donald Trump, is now telling the news media to “keep its mouth shut and just listen for a while.”

We should all be outraged – and more than a little unnerved.

We all know that conservative politicians have been trying to delegitimize the mainstream press for decades. And, indeed, conservatives have created a constellation of alternative media more to their liking – Fox News and Rush Limbaugh, to name the most obvious.

But with Trump, we’re witnessing something different, something more insidious. Something that seems pathological.

It was disturbing enough a week ago to see the president’s press secretary blatantly lie about the size of the crowd at Trump’s inauguration, reportedly because Trump was outraged by the television coverage.

It got worse when Trump operative Kellyanne Conway described the lies as “alternative facts,” a phrase that drew instant ridicule.

Then, Trump told a gigantic, more consequential lie when he insisted that as many as 5 million undocumented immigrants voted illegally, costing him the popular vote.

That led to yesterday, when Stephen K. Bannon told The New York Times that the media had been “humiliated” by Trump’s victory and should “keep its mouth shut and just listen for a while.”

In other words, stop reporting the facts because they put the lie to Trump’s alternative reality. Just listen to Trump.

Meanwhile, the pesky journalists have reported that the administration is clamping down on information that routinely comes from government agencies.

This is what dictators, tyrants and totalitarian governments do.

To maintain their propaganda, they must muzzle the institutions that reveal the facts, the objective information that informs policy decisions. Without this information, a democracy simply cannot function.

Without a vigilant press and without the free flow of government information, Trump can lie with impunity. He can govern based on the “alternative facts” he gets from the far-right extremists and conspiracy theorists he apparently follows quite closely.

Voters, meanwhile, will have no way to get the truth.

This is a perilous situation, one made worse by the people who have Trump’s ear – specifically Bannon.

During the campaign, Trump repeatedly said he was “just the messenger” for the angry movement he was leading. He repeated the claim on the steps of the Lincoln Memorial the day before the inauguration.

Based on the lies, fear-mongering and xenophobia-based policies that we’re already seeing, it appears that the president really is channeling a movement, one embodied by the person whispering in Trump’s ear – Bannon.

It’s important that we all never forget who and what Bannon is.

He is the media executive who, in his own words, turned the Breitbart News website into “the platform for the alt-right.” The alt-right is simply a rebranding of white nationalism for the digital age. At an alt-right gathering held shortly after the election just a few blocks from the White House, Richard Spencer – a man who has been lauded by Breitbart as one of the movement’s leading intellectuals – quoted Nazi propaganda and prompted sieg heils from the audience.

During his campaign, Trump shared links to Breitbart’s racially charged content with his Twitter followers more often than he linked to any other media outlet. Another outlet that linked to Breitbart more than any other: the neo-Nazi website Daily Stormer, whose proprietor on election night exulted that “[o]ur Glorious Leader has ascended to God Emperor.”

Now, Bannon sits at the right hand of the president and wants to silence the legitimate news media. He wants Americans to get their “news” from the website favored by neo-Nazis.

We should all be very alarmed.