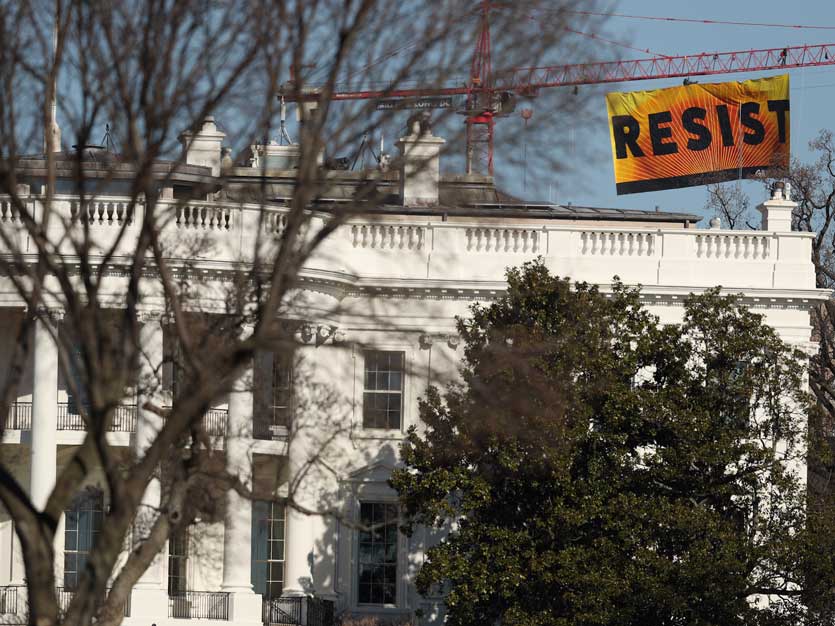 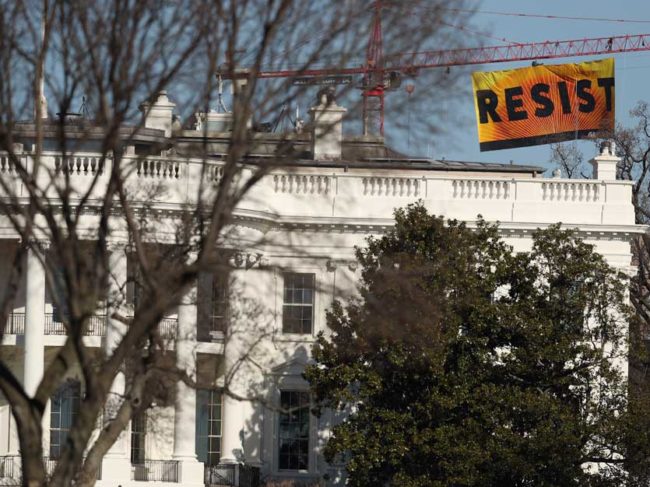 If you have ever wondered how to effectively resist and protest against Trump then a great place to start is a recent article by Nicholas Kristof, a Pulitzer Prize winning New York Times columnist, who covers topics such as human rights abuses and social injustices.

The question to ponder over is how to resist in a manner that is both non-violent and yet is also effective and meaningful. There has of course been furious angry protesting. That was an expression of anger and really was not an effective response, so what is? He has an example …

the wave of phone calls to congressional offices that torpedoed the Republican “health care plan.”

What lessons can be learned from others?

I’ve been quizzing the experts, starting with Gene Sharp, a scholar here in Boston.

Sharp’s works — now in at least 45 languages and available free online — helped the Baltic countries win freedom from Russia, later guided students in bringing democracy to Serbia, and deeply influenced the strategy of Arab Spring protesters. Sharp is THE expert on challenging authoritarians, and orders for his writings have surged since Trump’s election.

Basically this guy. Here is an extract from his Wikipedia page that outlines his thinking …

Sharp’s key theme is that power is not monolithic; that is, it does not derive from some intrinsic quality of those who are in power. For Sharp, political power, the power of any state – regardless of its particular structural organization – ultimately derives from the subjects of the state. His fundamental belief is that any power structure relies upon the subjects’ obedience to the orders of the ruler(s). If subjects do not obey, rulers have no power.

In Sharp’s view, all effective power structures have systems by which they encourage or extract obedience from their subjects. States have particularly complex systems for keeping subjects obedient. These systems include specific institutions (police, courts, regulatory bodies), but may also involve cultural dimensions that inspire obedience by implying that power is monolithic (the god cult of the Egyptian pharaohs, the dignity of the office of the President, moral or ethical norms and taboos). Through these systems, subjects are presented with a system of sanctions (imprisonment, fines, ostracism) and rewards (titles, wealth, fame) which influence the extent of their obedience.

Sharp identifies this hidden structure as providing a window of opportunity for a population to cause significant change in a state. Sharp cites the insight of Étienne de La Boétie (1530–1563), that if the subjects of a particular state recognize that they are the source of the state’s power, they can refuse their obedience and their leader(s) will be left without power.

The main message Sharp and Raqib offered is that effectiveness does not come from pouring out into the street in symbolic protests. It requires meticulous research, networking and preparation.

“Think!” Sharp said. “Think before you do anything. You need a lot of knowledge first.” His work emphasizes grass-roots organizing, searching out weak spots in an administration — and patience before turning to 198 nonviolent methods he has put into a list, from strikes to consumer boycotts to mock awards.

Raqib recommended pragmatic efforts seeking a particular outcome, not just a vague yearning for the end of Trump. When pushed, she said that calls for a general strike in February were insufficiently organized, and that the Women’s March on Washington, which had its first protest the day after Inauguration Day, will ideally become anchored in a larger strategy for change. But she thinks the “Day Without Immigrants” protest was well crafted, and the same for the bodega strike by Yemeni immigrants.

Focus on Results and not just the protest

Another advocate for non-violent effective resistance is Sam Daley-Harris. He very much agrees that it is a focus on the results that you seek that matters …

“The overarching answer is to work with your member of Congress,” Daley-Harris told me. He suggested focusing on a particular issue that you can become deeply knowledgeable about. Then work with others to push for a meeting with a member of Congress, a state lawmaker or even a legislative staff member.

How to effectively Engage with your Representative

If you do take this specific path, there there are some rather important points to consider.

As you engage with your representative …

You can take this even further. There are grass-root groups that want to train people who want to run for political office…

Mockery and Humour is highly effective 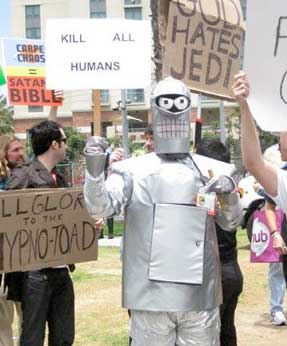 My own example of this is the response to Westboro Baptist. They are a tiny fringe fundamentalist religious sect that are rather infamous for turning up in odd places and holding a protest. For example turning up at the funeral of dead soldiers to protest that they are now going to hell. Many respond angrily to what they do, but the most effective response has not been the people who yell angrily at them, but instead has been the protesters who make satire signs and then go out to join them with signs such as “God hates Jedi”. It renders the Westboro folks into a joke and so people laugh at them. Humour really does work, and so getting people to laugh at them both belittles them and also robs them of their impact.

Mr Kristof also has an example …

…nothing deflates an authoritarian more than ridicule. When Serbian youths challenged the dictator Slobodan Milosevic, they put his picture on a barrel and rolled it down the street, allowing passers-by to whack it with a bat.

Perhaps the most effective resistance against Trump will not be led by angry yelling protesters, but will instead by led by folks such as John Oliver and Stephen Colbert leading a chorus of laughter and mockery that robs Trump of influence and power.