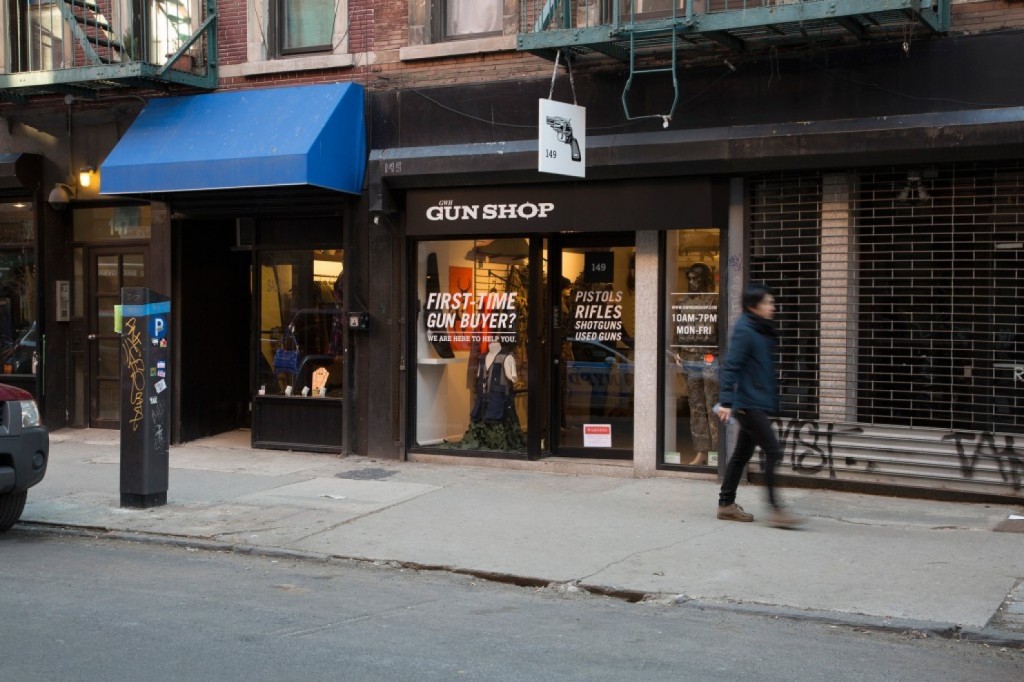 When it comes to the topic of Gun Control I confess that I’m totally biased, but that is perhaps because I live in the UK where gun ownership is banned and nobody, not even the police (except in special circumstances) will carry a weapon. The contrast is of course the US where, due to the high proliferation and easy access to such weapons, things are rather different.

So last week a Gun Shop opened in Manhattan’s Lower East Side selling to first time buyers. If you are in the know, then you might of course be rather surprised by that because you need a license in NYC, and getting one there is more or less impossible, so here is what was really going on …

“Our goal was to grab people’s attention,” New Yorkers Against Gun Violence Executive Director Leah Gunn Barrett told The Washington Post. “Gun owners often believe that firearms make them safer, but having a gun in your home actually makes you far less safe for homicide, suicide and domestic violence.”

The idea to create a fake store (and a mock gun-selling website) arose last fall when a newly released Gallup poll revealed that less than half of all Americans favor stricter gun laws, Barrett said. That’s when SUPGV, of which NYAGV is affiliated, decided it needed to push back.

The shop was outfitted with about 100 unloaded, authentic-looking prop weapons (like those used in movies) and the words “Gun Store” were added above an entrance advertising “pistols,” “rifles,” “shotguns” and “used guns.” A tag was attached to each gun detailing historical instances in which similar types of weapons had been used in killings.

So here is what happened …

So did it have any impact?

“It made me think, ‘I’m not going to buy that gun,’” one man says, leaving the store.

You might wonder how effective opening such a shop is, after all they would only ever talk to a handful of customers at most. Ah but no, that is not the point. The idea itself is clever and also unique, so the story makes the press, and also the captured reactions via a hidden camera that is now up on YouTube where it has been viewed by over 4 million people, and there rests the real audience, a vast and diverse one.