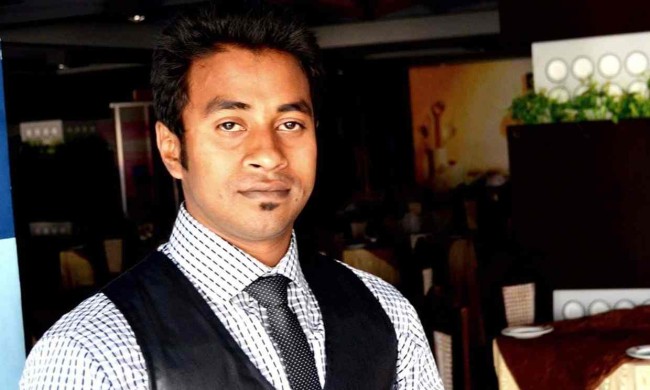 It has happened yet again, Nazimuddin Samad, a Bangladeshi secular activist was hunted down and brutally murdered because he dared to criticise fanatical Islamists. The UKs Guardian reports the details …

A Bangladeshi law student who criticised Islamism on his Facebook page has been murdered, police said on Thursday, the latest in a series of killings of secular activists and bloggers in the country.

Nazimuddin Samad, 28, had been on a hit list of 84 atheist bloggers that a group of radical Islamists drew up and sent to Bangladesh’s interior ministry.

“At least four assailants hacked Nazimuddin Samad’s head with a machete on Wednesday night. As he fell down, one of them shot him with a pistol from close range. He died on the spot,” deputy commissioner of Dhaka Metropolitan police Syed Nurul Islam told AFP.

The Dhaka Tribune said the assailants shouted Allahu Akbar (God is greatest) as they attacked Samad on a busy road near Dhaka’s Jagannath University, where he was a law student.

His Facebook page is now filling up with tributes. There within the “about” section he describes himself as follows …

I have no religion.I am not a muslim nor a hindu-buddist or cristian. I am just a Homo sepience,a human being which originated by natural selection.I survived same as other animals & plants & rolling over them because of my intelligence which is also a result of natural selection.

“Everybody was very close [at college]. Suddenly we have lost a very close classmate and it is shocking. I can’t believe it just happened. It’s a loss for us. We lost our friend. His mum lost her child.”

“I will remember him for ever. He was my friend. I grew up with him. I had so many memories with him. He used to laugh very nicely. He was a very smiley guy. I’ve been remembering his smile.”

“Whatever he posted, I would see as fun. But people are taking it seriously and taking revenge. As a friend I warned him about the posts, I don’t want anyone to die early. But he said he can’t change his opinion against any religion. He didn’t kill anyone. To me he’s a good person. He didn’t do anything wrong. He wrote something about a particular religion. I’m a believer, but he wasn’t a believer and maybe he was trying to express what he thinks about religion. It is a free world, why should he be killed?

“So I’m very, very shocked. But in Bangladesh it is a common issue nowadays. So many atheists are being killed … For every single occasion there is protest. But after there is nothing. There will be protest, we protest, we write on Facebook. But that’s it. No justice is coming out.”

Amnesty International have issued a statement …

The vicious killing of another secular activist in Bangladesh is a grave reminder that the authorities are failing to protect people exercising their right to freedom of expression, Amnesty International said.

Four masked men attacked Nazimuddin Samad, 28, with a machete in Dhaka late last night before shooting him dead. No one has claimed responsibility, but the killing fits the pattern of other similar attacks on secular activists by radical Islamist groups over the past year.

“There can be no justification for the brutal killing of Nazimuddin Samad, who has apparently paid with his life for nothing but being brave enough to speak his mind. This is not just a senseless murder, it is a blatant attack on the right to freedom of expression,” said Champa Patel, South Asia Director from Amnesty International.

Nazimuddin Samad was a student activist who had organised campaigns for secularism on social media. He was named on a “hit list” of 84 bloggers published by a group of radical Islamists in 2013.

In 2015, at least five people – four bloggers and one publisher – were killed because of their secular opinions and writings. No one has yet been held to account for these killings and the Bangladeshi authorities have failed to strongly condemn the attacks. Instead, they have instructed secular activists to stop “offending” religious sentiments through their writings. Dozens of other bloggers have been forced into hiding or exile, fearing for their lives.

“Bangladeshi authorities must categorically condemn these killings and take serious steps to end this horrific cycle of violence. Those responsible for the killings of secular activists must be held to account, anything less will send a signal that these attacks are tolerated and permitted by the government,” said Champa Patel.

“The authorities must also ensure that those activists and writers who are under threat are effectively protected in accordance with their wishes.”

The IHEU documents some of his writings

The International Humanist and Ethical Union (IHEU) in reporting this story, also gives us further insights into Nazimuddin’s activitism … 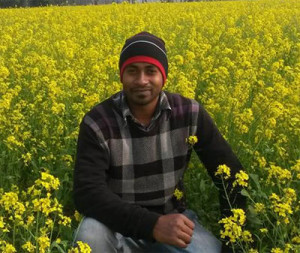 He was critical both of the Islamist political parties, and against the failings of the current government. Shortly before he was killed, he wrote a post implying that the ruling Awami League party would fall if it did not make swift changes, writing (in Bengali): “The situation of the country, deterioration of law and order in the country, speak that maybe you cannot stay long in power.”

In earlier posts, Nazimuddin responded to a cleric’s violent speech against women which referenced the Quran, contrasting the speech with the claim that “Islam is the highest honor given to women!” He asked for justice for a girl known as Tonu, who had been raped and killed in the military area of ‘Cantoment’, Comilla.

Nazimuddin recently criticised Prime Minister Sheikh Hasina’s support for madrassa (Islamic schools), which are increasingly associated with Islamist radicalism and militancy in the country. Nazimuddin had also shared posts from Washiqur Rahman Babu who was killed last year in a similar attack, carried out by two madrassa students who claimed they were acting on orders from someone associated with their Islamic schools.

In another post, he proposed a satirical strategy to overcome the aggressive push toward Islamism in the country, writing: “Please let’s have Sharia Law for just five years in Bangladesh. Rule the country with Medina Law. I guarantee you, after this 5 years, no Muslim of Bangladesh will ask for Islamic law! The loss and damage we will have after five years, it will take 1400 years to restore us to a modern country.”

As a response to previous incidents like this some senior officials within the Bangladesh government have blamed the victims by absurdly suggesting that it was their own fault because they were guilty of “hurting religious sentiments”.

Will this continuation of the slaughter of secular activists perhaps cause a rethink on that stance? Let’s hope so.

If you embrace a belief that inspires intolerance, and motivates  not just acts of violence but murder, then you are embracing something that is driven and rooted in fear and a lust for power and dominance. It prevails and thrives, not because it is right, nor because it has the best arguments, but rather because being devoid of any credible arguments or appeals to basic human decency, it instead taps into human fear and insecurity, and binds adherents together with a tribal emotional undercurrent that is rooted in blind delusional religious fanaticism.

There is of course a vast diversity of belief that sits under the umbrella labeled “Islam”, and so it should also be pointed out that the majority are not motivated to either think or act like this. They might indeed have a specific cultural heritage and so great care should be taken ensure that we do not fall into the trap of alienating this vastly diverse collective, but instead stand with the majority of humanity (regardless of their specific beliefs or lack of belief) against the Islamists who have bound themselves to deeply delusional beliefs that inspire their desire to impose a theocratic dictatorship  upon everybody. In other words … these guy are Religious Fascists who want to impose their ideas upon everybody, and so it is rather important that the clear decisive message from the vast majority of humanity should be – “There is no place for you amongst us”.