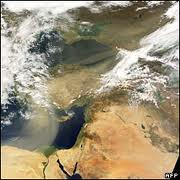 The climate change debate is heating up yet again. OK, so what has happened? Well, before I go there, lets first establish a few things so that you fully understand where I’m coming from. Man made climate change is real, the evidence is in, there is not really much real scientific controversy. In April 2010 a study published in the Proceedings of the National Academy of Sciences showed that nearly 98% of working climate scientists accept the evidence for human-induced climate change, this latest study does not change that.

In stark contrast to that measured and proven reality, there is considerable media hype that suggests considerable controversy exists – that claim is complete fiction, but then we are talking Fox News, or kooks such as the UK Telegraph’s James Dellingpole who claims he is right about everything, but appears to know nothing at all.

Right then, what is the latest fuss all about?

According to recent research conducted by Dr. Roy Spencer and Dr. Danny Braswell, research scientists at the Earth System Science Center at the University of Alabama, Huntsville, current climate models don’t factor in the release of energy from our atmosphere into space.  Their results were published in the open access journal Remote Sensing.

Dr. Spencer used Clouds and Earth’s Radiant Energy System (CERES) data from the NASA Terra satellite along with surface temperature data from the Hadley Climate Research Unit in Great Britain.  From this data they postulated that cloud cover not carbon dioxide is causing global warming.

The climate skeptics (as you might expect) have gone nuts over this and tout this as evidence that the entire climate change hypothesis is all wrong. Note these are not usually scientists, they are more akin to folks who have a belief. In essence, you start with a conclusion and then work back cherry-picking evidence that confirms the conclusion and discard anything that fails to do so.

The problem is that the study has serious flaws, most of those active in the field label it “junk science”. It does not disprove climate models because Dr. Spencer used his own flawed model. He began with the premise that clouds not carbon dioxide cause climate change, and then using a simple model linked the CERES data and Great Britain data to show a connection.  By showing a discrepancy between that data and climate model predictions he said the climate models were wrong when in fact it could have been the data he was using.

So what have (real) scientists been saying?

“He’s taken an incorrect model, he’s tweaked it to match observations, but the conclusions you get from that are not correct,” Andrew Dessler, a professor of atmospheric sciences at Texas A&M University, said of Spencer’s new study.

“I cannot believe it got published,” said Kevin Trenberth, a senior scientist at the National Center for Atmospheric Research.

So the study was more or less ignored … until Fox News got hold of it yesterday … sigh!, and of course they are a fully credible news outlet that verifies all facts … er no, perhaps not. To be fair, they do mention the doubts, but you have to read most of the way down the article to find that (and why the heck are they giving air time to a study that has no credibility in the first place?).

The associated press did a far better job. They report(here) that …

At least 10 climate scientists reached by The Associated Press found technical or theoretical faults with Spencer’s study or its conclusions. They criticized the short time period he studied and his failure to consider the effects of the ocean and other factors. They also note that the paper appears in a journal that mostly deals with the nuts-and-bolts of satellite data and not interpreting the climate.

“This is a very bad paper and is demonstrably wrong,” said Richard Somerville, a scientist at the Scripps Institution of Oceanography at the University of California San Diego. “It is getting a lot of attention only because of noise in the blogosphere.”

Kerry Emanuel of MIT, one of two scientists who said the study was good, said bloggers and others are misstating what Spencer found. Emanuel said this work was cautious and limited mostly to pointing out problems with forecasting heat feedback. He said what’s being written about Spencer’s study by nonscientists “has no basis in reality.”

So when it comes to the claims being made by the climate change skeptics, especially when they tout this new study as proof that climate change is a myth, well I’m skeptical, not just because 98% of the scientists active in the field are sure that it is real, but the evidence we have confirms it to be real, and this study has not changed that position.