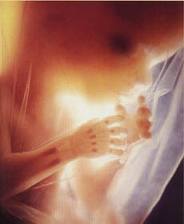 Over on a Facebook page that claims to be a hangout for Muslims to debunk Atheism, one kook announced …

I am not dumping the scientific inventions… or discoveries… They are more proof that Islam is the true religion and Quran is the True of Allah…MANY SCIENTIST REVERTED TO ISLAM>>> when they found the same of their discoveries to have been told 1400 years ago in Quran… which would have been possible only by the CREATOR himself.

Well, how can anybody resist, I just had to ask, so I replied …

Ohhh a claim of evidence … proof … OK, give us just one single quote from the Quran that is a clear statement of modern science … note, the vague poetical stuff that has been twisted does not count, nor does a link to some YouTube clip … just the exact words from the Quran … if your claim is correct it should be simple to prove it.

And as you might expect, this is what came back:

Yes indeed, that old chestnut. Just in case you are not familiar with this one, the claim here is that when presented with the detailed description of embryology in the Quran, Dr Keith Moore (a real embryologist) confirmed that it was amazing, aligns with our modern understanding and so must be from Allah.

Dr. Keith L. Moore, Ph.D., F.I.A.C. of the Department of Anatomy, University of Toronto, Canada, has become a favorite of Islamic apologists ever since he accepted an invitation to produce a special edition of his Embryology Text Book specifically for use by Muslim students in Islamic Universities.

To justify what he wrote, he liberally translates Arabic into terms that no Arabic speaker would consider justified, he also completely ignores the timing of phases dictated by the hadith he pretends is accurate, when in reality it is not.

Why did he do this? Easy $$$ He was quite well paid by the Saudi government for the use of his name.

This all has a couple of interesting additional notes …

Now another interesting development on this topic concerns Hamza Andreas Tzortzis. Yep, the guy who cornered PZ Myers last June with a camera crew at the AAI conference in Dublin and made this exact same claim … embryology in the Quran proves Allah is real. When PZ dismissed all that, he was told, “Who are you to dismiss Keith Moore, a real embryologist” … and it is then that PZ explains that he is in fact an embryologist. I blogged about all that last June here. There you can still find the actual video made by the Muslims as well.

OK, the latest news is that Hamza has written a 58 page paper on all this to present his claim in great detail, and PZ read it and then blogged a few comments …

I have read the entirety of Hamza Andreas Tzortzis’ paper, Embryology in the Qur’an: A scientific-linguistic analysis of chapter 23: With responses to historical, scientific & popular contentions, all 58 pages of it (although, admittedly, it does use very large print). It is quite possibly the most overwrought, absurdly contrived, pretentious expansion of feeble post hoc rationalizations I’ve ever read. As an exercise in agonizing data fitting, it’s a masterpiece.

Here, let me give you the short version…and I do mean short. This is a paper that focuses with obsessive detail on all of two verses from the Quran. You heard me right: the entirety of the embryology in that book, the subject of this lengthy paper, is two goddamned sentences, once translated into English.

Seriously, that’s it. You have just mastered all of developmental biology, as taught by Mohammed.

You can go read his full take-down on it all here … its hilarious, and truly does illustrate how completely decoupled true believers can be from reality, or as PZ puts it …

Only a blinkered fanatic could turn that mush into an overwrought, overextended, overblown, strained comparison with legitimate modern science. Tzortzis’s paper is risible crackpottery.

13 thoughts on “Daft Claim: Proof of Allah is apparently modern embryology in the Quran”