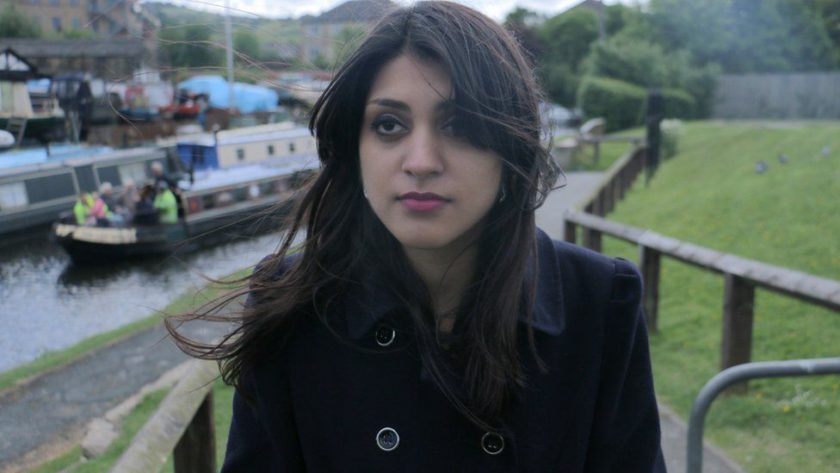 When belief takes root within the human mind it can blind individuals to the things that truly matter.

BBC Newsbeat talked to Sara, an Ex-Muslim, about her experience of no longer believing …

“You feel like you’re betraying everyone. Because no one leaves Islam,” she says.

She says they kicked her out at 17 and she’s not lived with them since.

In some countries, such as Qatar and Saudi Arabia, leaving Islam – or “apostasy” carries the death penalty.

“Most people I talk to feel like they’re the only ex-Muslim in the world,” says Sara.

As she got older she realised “that Islam didn’t quite fit” with her thinking but she kept it a secret – lying about praying and studying Arabic.

Sara is now starting to see more of her family.

She speaks to her mum and sister, but doesn’t think she’ll ever be able to have a relationship with her dad.

When she saw her younger brother for the first time in a year and a half, she didn’t recognise him.

“The problem is most ex-Muslims don’t want to be ex-Muslims. The easiest thing for us, and for our families, would be to just believe,” she says.

“Of course I feel guilt. I wish I hadn’t had to do this. But there is a point where you have to think, is this my life or your life?”

Not all beliefs are like this, some are quite relaxed and happy for people to come and go as they please, but others ensnare so deeply that anybody who steps out of line risks complete isolation from family and friends. This is not simply the behaviour of extreme religious cults, but is one that can manifest within some strands of mainstream belief.

People should of course be free to believe whatever they wish, even if it is obvious to everybody around them that it is nonsense, but the moment it becomes a force that turns and fragments families destroying and obliterating them, then you know with a high degree of certainty that there is something seriously wrong with it

When Sara simply stopped believing, the discovery was so horrendous to her parents that it obliterated the normal family ties and bonds, and motivated them to kick a 17 year old girl out of the home to fend for herself and cut off all ties with her. The normal father-daughter relationship has been destroyed, not by her actions, nor due to her honesty about telling them that their belief was not for her, but by the belief itself instilling fear and trauma.

She is not alone, many ex-Muslims have similar stories.

To illustrate just how well and truly f**ked up the thinking can become, we also have this quote within the BBC article …

Mohammed Shafiq is from The Ramadhan Foundation, an organisation which represents Muslims in Britain.

Bollocks – if you stop believing what other members of your family believe, that that family bond should take priority above and beyond any belief. Luckly Mr Shafiq is a self-appointed and rather destructive and obnoxious representative and does not speak for all Muslims despite claiming that he does.

Yes OK, I’m slightly biased, but with good reason. When Maajid Nawaz tweeted a cartoon from the Jesus and Mo series explaining that his Allah was bigger than a cartoon and that he was not offended by it, Mr Shafiq was one of the individuals responsible for stirring up a campaign of hatred and abuse directed at Maajid Nawaz, but that should be no surprise to some because his foundation has also hosted speakers whose attitudes towards gay people and Jews is not exactly tolerant. To illustrate this point even further, this is a guy who has incited death threats against those he disagrees with …

On Twitter, Shafiq went further and gave a masterclass in double speak. “Ghustaki Rasool Quilliam,” he tweeted. Most of his audience had no idea what he meant. A few knew all too well. “Ghustaki Rasool” is “defamer of the prophet” in Urdu: a charge that incites Islamists to murder. Fanatics took to Twitter to prove the point. “Have spoken to someone in Pakistan,” one of Shafiq’s followers replied. “They will have a surprise for him on his next visit!” Another Twitter user contacted Nawaz to say: “Gustak e rasool is punishable by death anywhere in the world. Btw I’m in the UK not Pakistan.” A third cried that “dogs like Maajid Nawaaz will be punished!”

Bottom Line – you can’t trust anything that Mr Shafiq has to say about anything at all.

There are of course plenty of decent Muslims out there who have families with individuals who are a mixture of those that do and do not believe in Islam to various degrees, and they manage to remain bonded together. Others rather sadly, such as Sara’s family, let some variations of destructive Islamic belief dictate, and so it ends up fragmenting the family.

Are you a Muslim who no longer believes, do you need help from ex-Muslims who have had the same experience …

The Council Of Ex Muslims can help.

You really are not alone, there are many out there with similar stories.

2 thoughts on “Ex-Muslims – Feeling The destructive force of belief”