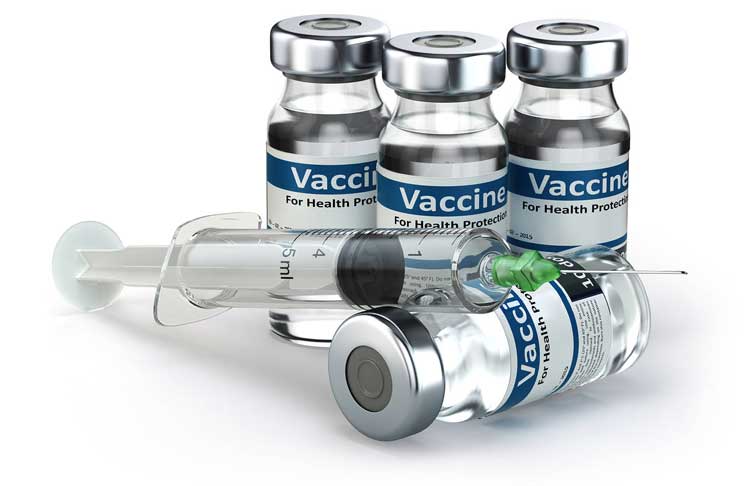 For some, just the name “Andrew Wakefield” is guaranteed to provoke a reaction, and so his attendance at one of the Trump inaugural balls did just that. He is often billed as a vaccine skeptic, but I would seriously argue that this is an abuse of the term skeptic because there is clear decisive irrefutable proof that what he did was not sincere doubting, but was instead deliberate fraud for profit alone. I’ll lay out a few details in a second, but first, what is this latest concern?

As explained within an article written by Casey Ross …

Controversial vaccine skeptic Andrew Wakefield attended one of President Trump’s inaugural balls late Friday, prompting a flood of mostly negative reaction on social media, with many commenters raising concerns that his discredited ideas will gain traction in the new administration.

Wakefield, who helped launch the anti-vaccine movement with a fraudulent study linking vaccines to autism, posted a Periscope video from one of the balls, calling for an overhaul of the Centers for Disease Control and Prevention.

In the video, a tuxedo-clad Wakefield strolls through the ball declaring it a “very exciting time” and briefly narrates his efforts to find influential people to talk to about his proposals. “Just looking around to see if there’s anyone important here — see if I can prevail upon them to make the world a better place for children with autism, a safer place for children,” Wakefield says. “What we need now is a huge shakeup at the Centers for Disease Control and Prevention — a huge shakeup. We need that to change dramatically.”

To those that voted for Trump on the basis that he was “not as bad as Hillary”, this is yet another of the many many data points that blows that argument right out of the water.

So what is the backstory here?

Wakefield is infamous with good reason, so let’s fill you in on a few quick details.

a British former gastroenterologist and medical researcher, known for his fraudulent 1998 research paper in support of the now-discredited claim that there was a link between the administration of the measles, mumps and rubella (MMR) vaccine, and the appearance of autism and bowel disease.[1][2][3][4][5]

After the publication of the paper, other researchers were unable to reproduce Wakefield’s findings or confirm his hypothesis of an association between the MMR vaccine and autism,[6] or autism and gastrointestinal disease.[7] A 2004 investigation by Sunday Times reporter Brian Deer identified undisclosed financial conflicts of interest on Wakefield’s part,[8] and most of his co-authors then withdrew their support for the study’s interpretations.[9] The British General Medical Council (GMC) conducted an inquiry into allegations of misconduct against Wakefield and two former colleagues.[10] The investigation centred on Deer’s numerous findings, including that children with autism were subjected to unnecessary invasive medical procedures such as colonoscopies and lumbar punctures,[11] and that Wakefield acted without the required ethical approval from an institutional review board.

Read on and you soon come to terms with all the gory details. This guy attempted to discredit the existing MMR vaccine using faked research results because he wanted to instead promote his own alternative, but was caught. He ended up being struck off the UK’s medical register and fled to the US where he continues to be an anti-vaccine icon.

The damage was already done and so there has been a sharp decline in the use of vaccines and a corresponding sharp uptick in the numbers of cases of measles and mumps, resulting in serious illness and deaths.

Let me put a bit of emphases on that last part, Mr Wakefield has a body count as a consequence of his attempted fraud.

To this day, despite the complete lack of any credible evidence, he maintains his anti-vaccine stance and so the fear continues to propagate.

Why is the anti-vaccine stance so very dangerous?

Least you are still personally confused, here are three solid facts [Hat tip to Martin Robbins for these] …

Vaccines save lives – in the last 150 years measles has been estimated to have killed about 200 million people worldwide, it is not just an inconvenient childhood illness, it kills.

Trump has in the past been personally promoting anti-vaccine myths, he is not a recent convert, and has himself promoted the myth to his millions of followers …

Healthy young child goes to doctor, gets pumped with massive shot of many vaccines, doesn't feel good and changes – AUTISM. Many such cases!

We now face the distinct possibility that the Trump administration is seriously going to embrace this nonsense as policy.

We spent years repairing Andrew Wakefield's damage. Now he is back, in Kennedy garb https://t.co/4WbgIUsEN0

Trumps tweet was not a once off, he has also spouted these wildly inaccurate anti-vaccine claims during the presidential debates. In fact, if you go back to 2007, you find Trump saying the same nonsense.

Wakefield published a book in 2010 entitled “Callous Disregard: Autism and Vaccines — The Truth Behind a Tragedy.” He claims to be the victim, but Joel Harrison, a retired epidemiologist, wrote a journal article in 2013 rebutting the book’s claims, point by point. Nothing Mr Wakefield claims withstands any critical analysis of the facts or the actual evidence.

The truly frightening aspect is the Trump buys into the anti-vaccine message, and has already invited Robert F. Kennedy Jr, a well-known anti-vaccine proponent to come to Trump tower to lead a commission “to make sure we have scientific integrity in the vaccine process for efficacy and safety effects.”

Mr Wakefield is now apparently striving to jump on a surf board and ride this wave into a position of influence. He appears to already have gained a foot in the door. Attendance at inaugural balls is generally limited to invited guests and dignitaries.

This is all part of what the new administration is really all about. Solid evidence-based scientific facts such as evolution, climate change and vaccines are dismissed as myths, and instead fictitious anti-science nonsense is promoted as fact.

Trump, Kennedy, and the real science of #vaccines https://t.co/YYzCbkhgPg via @statnews