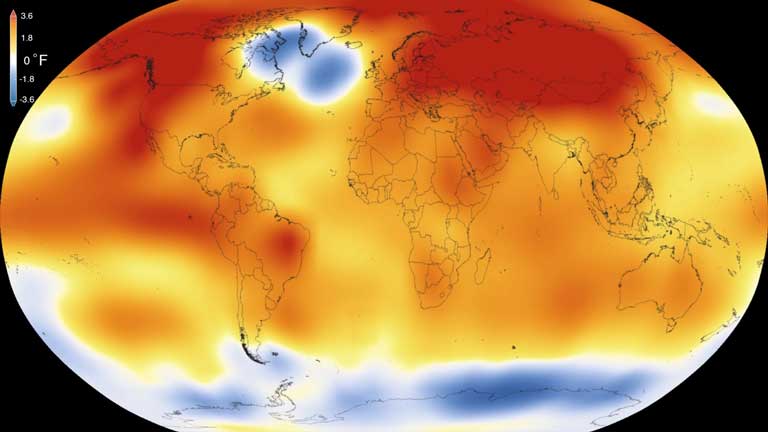 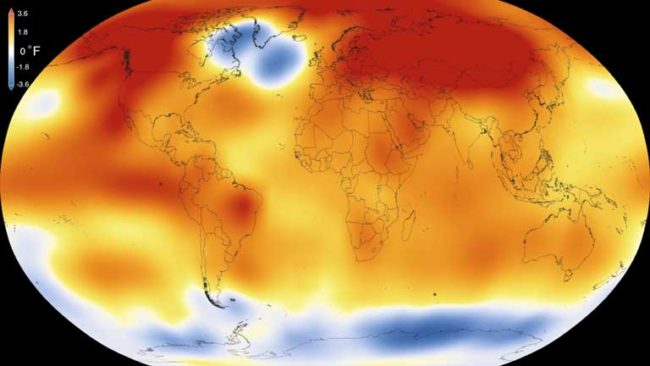 Each month NOAA (National Oceanic and Atmospheric Administration) issues a global analysis for the preceding month. The Nov data is now available.

Basically they aggregate information from many different sources. This all then comes together to construct a global and near-global understanding of large-scale conditions. That of course takes time, hence these reports are typically available on or about the 15th of the following month or later.

What pops out from all this?

There are three things that immediately pop out from it all. 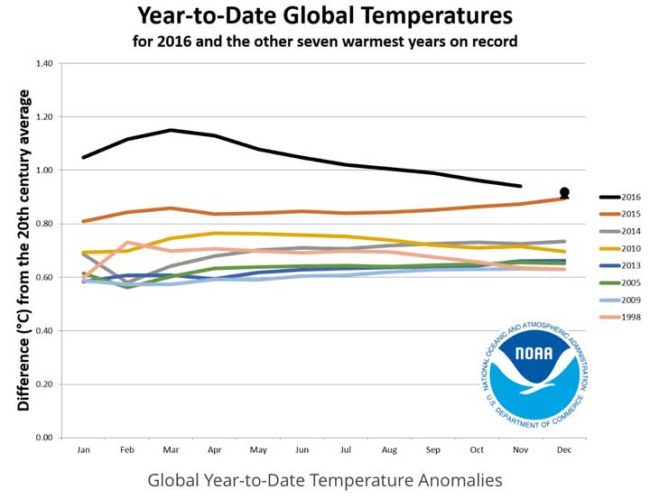 Warmer- to much-warmer-than-average conditions were present across much of the world’s land surfaces, with striking differences apparent between North America and Eurasia, particularly in the higher latitudes. Record warmth was observed across parts of central and southeastern Canada, where temperatures were at least 5°C (9°F) above the 1981–2010 average in many places, some areas across the far northern tier of the United States along with a portion of the southwest, parts of western and southern Mexico, sections of eastern and west central Africa, and regions of some southeastern Asia island nations, according to the Land & Ocean Temperature Percentiles map above. Cooler-than-average conditions were observed across much of the central Eurasian continent, with monthly temperatures at least 5°C (9°F) below average in central Russia and parts of northeastern Asia. In South America, central Bolivia experienced record cold temperatures during November.

If you are a weather or arctic junkie (as I am), this this will not be news for you … the Arctic Sea Ice extent for November is not just following the usual downward trend, it has collapsed to a rather dramatic low … 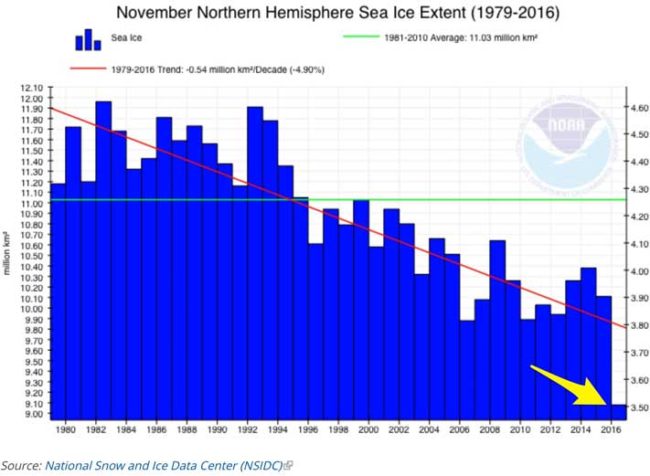 This also has seen a rather dramatic change. The extent had previously followed a gentle up-curve, but that also has suddenly and very dramatically dropped off a cliff … 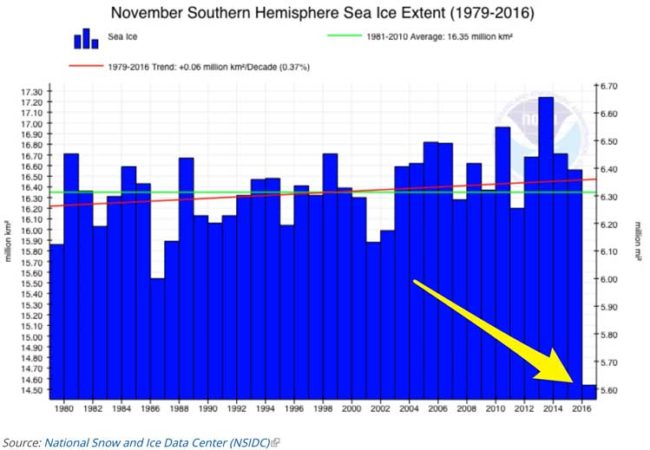 According to Trump it is all a Chinese Hoax. I must admit, those Chinese are immensely clever and must have some truly impressive technology to not only raise global temperatures, but to also melt so much ice in both the Arctic and Antarctic.