Now here is Tim Minchin live … as always he is both brilliant and hilarious as he satires the bible in “The Good Book.” … enjoy. 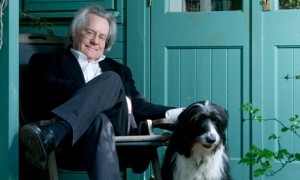 The philosopher, AC Grayling, was interviewed in last Sunday’s  Guardian about his new book, “The Good Book: A Secular Bible”.  You really should read both the interview, and of course the book itself. To temp you, here is a small extract from the interview:

…
The Good Book mirrors the Bible in both form and language, and is, as its author says, “ambitious and hubristic – a distillation of the best that has been thought and said by people who’ve really experienced life, and thought about it”. Drawing on classical secular texts from east and west, Grayling has “done just what the Bible makers did with the sacred texts”, reworking them into a “great treasury of insight and consolation and inspiration and uplift and understanding in the great non-religious traditions of the world”. He has been working on his opus for several decades, and the result is an extravagantly erudite manifesto for rational thought.

Read moreHow can you be a militant atheist? It’s like sleeping furiously – AC Grayling