Republican candidate Marco Rubio has declared his intent to run for election as US president in 2016. Having learned that touting “stupid” or “religious nut” is not a vote winner from the last election, he will be different, something new and fresh, right? …. actually no, he is more of the same …. sigh! He did … Read more 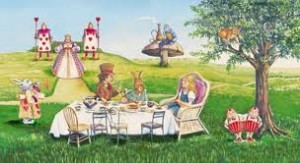 If you drink the mainstream media cool-aid then you would perceive the Tea party to be focused on economic reform and are a welcome break from the previous incarnation of conservative thinking that was clearly very religious. Ah but who funds them? Some of the deepest pockets behind Tea Party groups such as Americans for Prosperity, FreedomWorks and Citizens for a Sound Economy belong to the Koch brothers. They are radical libertarians who don’t seem to care much one way or another about traditional social conservatism, but in fact, they have given quietly  more than a hundred million dollars to right-wing causes.

Hitchens alert folks … there is an article in Vanity Fair by Christopher Hitchens … and this time its all about the Tea Party he has a few words to say … In it, he (quite rightly) goes after Glenn Beck, that racist nut, and all those who go along with all the nonsense he … Read more

There are reports in the press that a thousand supporters of group known as the “English Defense League” held protests in Leicester, so who exactly are they? … Basically its a merger of football hooligans, far-right activists and pub racists, in other words what we have here is BNP the next generation. And what exactly … Read more