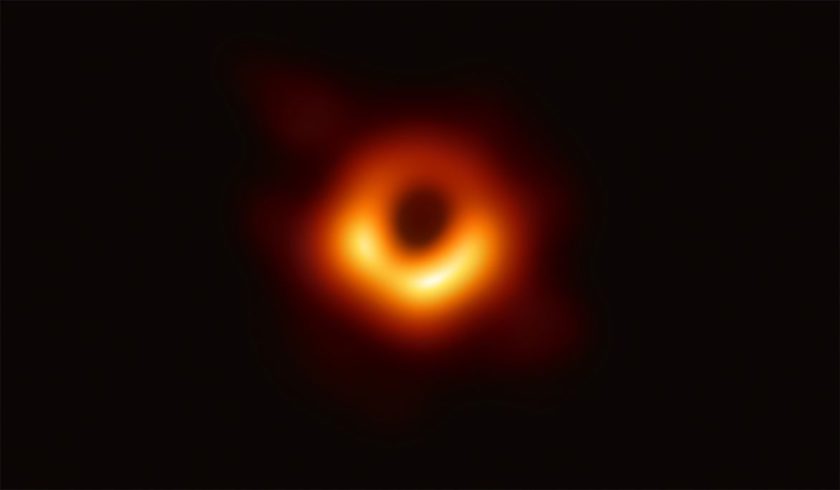 Why are people getting excited about a very fuzzy picture, what exactly is this Black Hole picture showing us?

It might seem obvious that a dinosaur’s leg bone connects to the hip bone, but what came between the bones has been less obvious. Now, researchers at the University of Missouri and Ohio University have found that dinosaurs had thick layers of cartilage in their joints, which means they may have been considerably taller than previously thought. The study is being published this week in the journal PLoS ONE (Public Library of Science).

“Our study of the limbs of modern-day relatives of dinosaurs shows that dinosaurs were significantly taller than original estimates,” said Casey Holliday, lead author of the study and an anatomy professor in the MU School of Medicine. “The ends of many dinosaurs’ long bones, which include leg bones such as the femur or tibia, are rounded and rough and lack major articulating structures like condyles, which are bony projections. This indicated that very thick cartilages formed these structures, and therefore the joints themselves, and would have added significant height to certain dinosaurs. This study offers new data into how and why reptiles, and mammals, such as humans, build their joints with such different amounts of bone and cartilage.”

Holliday and Lawrence Witmer, a professor of anatomy at the Ohio University College of Osteopathic Medicine, conducted research on ostriches and alligators, the closest, modern-day relatives of dinosaurs, and then studied the fossilized limbs of different dinosaurs including Tyrannosaurus rex, Allosaurus, Brachiosaurus and Triceratops. The team determined that the lengths of alligators’ and ostriches’ limbs included between 6 and 10 percent cartilage.

Using a “cartilage correction factor,” Holliday determined that many theropod dinosaurs, such as Tyrannosaurus, were only modestly taller whereas ornthischian and sauropod dinosaurs, such as Triceratops and Brachiosaurus, may have been 10 percent taller or more. For example, Brachiosaurus, previously thought to be 42 feet tall, may actually have been more than a foot taller with the additional joint cartilages. 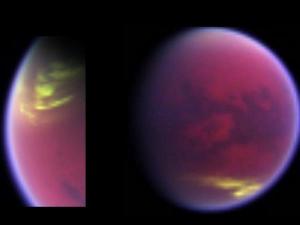 The northern hemisphere of Saturn’s moon Titan is set for mainly fine spring weather, with polar skies clearing since the equinox in August last year. The visual and infrared mapping spectrometer (VIMS) aboard NASA’s Cassini spacecraft has been monitoring clouds on Titan regularly since the spacecraft entered orbit around Saturn in 2004.

Now, a group led by Sébastien Rodriguez, a Cassini VIMS team collaborator based at Université Paris Diderot, France, has analyzed more than 2,000 VIMS images to create the first long-term study of Titan’s weather using observational data that also includes the equinox. Equinox, when the sun shone directly over the equator, occurred in August 2009.

Rodriguez presented the results and new images at the European Planetary Science Congress in Rome on Sept. 22.

Though Titan’s surface is far colder and lacks liquid water, this moon is a kind of “sister world” to Earth because it has a surface covered with organic material and an atmosphere whose chemical composition harkens back to an early Earth. Titan has a hydrological cycle similar to Earth’s, though Titan’s cycle depends on methane and ethane rather than water.

A season on Titan lasts about seven Earth years. Rodriguez and colleagues observed significant atmospheric changes between July 2004 (early summer in Titan’s southern hemisphere) and April 2010 (the very start of northern spring). The images showed that cloud activity has recently decreased near both of Titan’s poles. These regions had been heavily overcast during the late southern summer until 2008, a few months before the equinox.