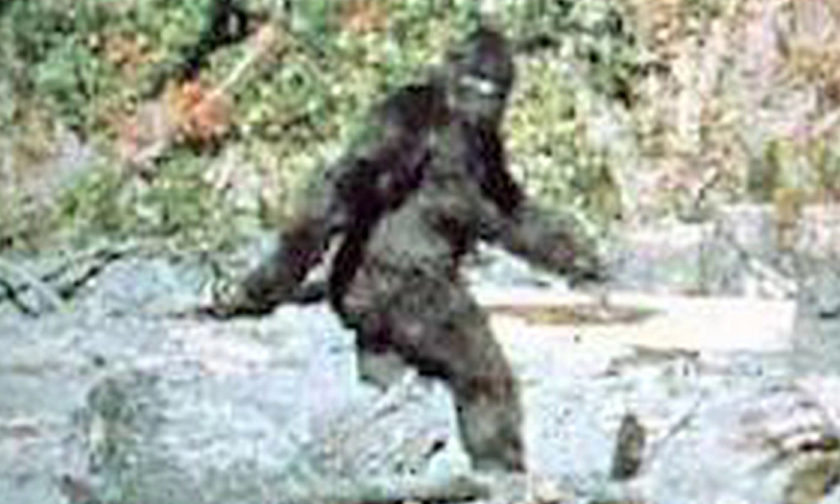 Bigfoot is one of those classic bits of urban folklore that will consistently and persistently pop up. The latest example concerns the release of some records by the FBI, but before we get into that let’s do a quick summary of some Bigfoot history highlights.

The name “Bigfoot” dates to the discovery of a trail of oversized footprints in 1958. This was significant because it was the start of the modern craze. It sounds like rather conclusive hard evidence, but in 2002 the New York Times revealed that it was a prank by logger Ray L. Wallace.

There is also the rather famous film shot by Roger Patterson and Robert Gimlin in 1967. You can see a still image taken from that at the top of this posting. It strikes just the right balance of being sufficient to convince the believers, but is simply not enough to convince the skeptics who take the stance that it is simply a guy in a suit and is another hoax. There is an entire wikipedia page that goes into it all in great detail. There you discover gems such as the many interviews with people who personally knew Patterson and happily describe him as a conman and a liar. Bruising aside all who are quite sure it is real, we have testimony from the guy who sold Patterson an ape suit in 1967, and his wife backs this up. There is also the guy who claims he was in the suit and that it was him, and other witnesses also verify it. Additionally, we also have the details of the guy who tipped off Patterson on the best location to fake it all.

Does that nail it?

Actual legends of such ancient creatures do predate the modern legends and associated hoaxes. For example in 1840 Elkanah Walker, a Protestant missionary recorded stories of giants among the Indians living near Spokane, Washington. The Indians said that these giants lived on and around the peaks of nearby mountains and stole salmon from the fishermen’s nets. (Big hairy creatures that live in the mountains and like salmon … er yes, the word you are looking for does indeed begin with B, that’s B as in bear).

Regardless of all this, there are still many who do believe.

What exactly is this latest FBI Revelation?

What we have are exactly 22 pages of letters that date to 1976. (Bigger version here).

These records consist of a sequence of letters and memos …

Insert drum roll here, this is the big revelation …

Yep, not Bigfoot, just a sample of deer hair.

The Legend will thrive

There are, and perhaps always will be, those that sincerely believe. Such legends tend to continue perhaps because we love a good mystery and so deep down inside we relish such tales, often spinning them up around many campfires.

If Bigfoot was indeed real, then the possibility that this could be verified also exists. For example, an actual body of one, or bones, or a hair sample. If however it is just a myth, then how exactly do you establish that? This is perhaps the reason for such myths to continue to exist. You can’t disprove it because the “true” believers will simply assert that you looked in the wrong place, or were looking for the wrong evidence, and even if several cases have been proven to have been faked, Bigfoot really does exist.

This is perhaps the way we are with many unverifiable things.

Links for further reading and reference