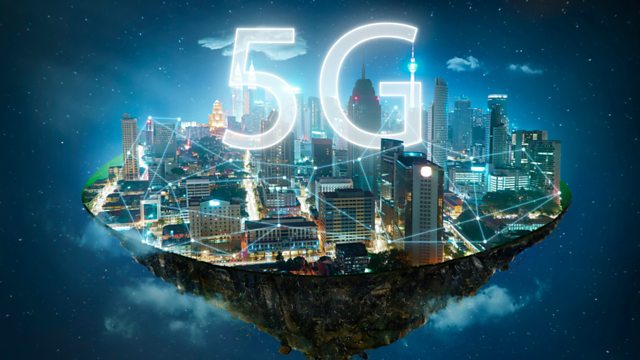 This is not a posting regarding international politics and so no, I’m not getting into a game of chinese whispers. Instead, the focus is upon the claim that 5G will be detrimental to your health and may cause you cancer. We know 3G and 4G is fine, but now that 5G is coming, we face a resurrection of the old claims, and so for some 5G is supposedly vile cancer causing stuff.

In other words, yes, here we go again.

As you can most probably guess, 5G is simply higher radio frequencies for mobile usage. It is less cluttered and capable of carrying far more information at a faster rate, hence your mobile phone experience will be vastly improved.

Why have we not done this yet, it sounds simple. Well, its complicated. You do of course pay a bit of a price for higher frequencies, and I don’t mean $$, but rather the observation that higher frequencies can be more easily blocked by buildings and trees. To get around this there will be lots of smaller transmitters stationed on buildings and street furniture rather than singular stand-alone masts. Devices will also have multiple input and multiple output (MIMO) antennae to boost signals and capacity.

Buried in all that are yet more layers of complexity. 5G operators will be able to ‘slice’ a physical network into multiple virtual networks. Why? Well because there will be different uses, such as streaming Netflix vs autopilot for cars vs IoT devices, etc… and so that virtualisation enables operators to manage things a lot more efficiently. Businesses will also be able to operate their own private virtual slice and so isolate their sensitive traffic from others.

Bottom line; 5G is not just about being faster and better, but also will be bringing a lot of other benefits and features.

As yet another bit of background, you have probably heard that there are some people who are hyper sensitive to the electromagnetic spectrum. What you might not be aware of is that it is all bullshit, and is not a thing. There are of course claims, but when tested, it turns out to not be what is being claimed.

You can read more about all of this here on the Wikipedia page, it is a good primer on the topic.

Will the arrival of lots of small 5G devices emitting EMF be bad for us?

Knowing a little bit about what 5G is and also being aware of various EHS claims, you can perhaps now guess what comes next.

There is a petition that was signed by 200 scientists and directed to WHO last March 2019. It sounds scary. 200 scientists calling for WHO to regulate radio frequency emissions.

It is also highly problematic and makes claims that are simply not true. For example …

They don’t cite anything for a reason. These claims are simply not true, the above is once again utter BS.

What is true is that EMF has been shown to increase oxidative stress. This however is a normal consequence of metabolism, and so we have antioxidants to deal with it. You will also find studies that demonstrate changes in markers of biological activity. What you will not find is even one study that actually demonstrated any actual hazard.

Steve Novella recently summed it up as follows …

The majority of scientists, including organizations and regulatory bodies like the National Cancer Institute, the FDA, and the EPA, look at this research and conclude that the hazard is minimal and the current safety limits are adequate. But some scientists have looked at this same data and come to a different conclusion, emphasizing extreme caution.

He also has a rebuttal to the petition here that is well worth reading if you are concerned by it.

If you are truly worried about getting cancer from your mobile, be it 3G, 4G, and soon to be 5G, then the currently available evidence is no. From the viewpoint of the FDA, EPA, and the National Cancer Institute, it is safe.

For example, the National Cancer Institute, cover it all in great detail here. There they note what others have also concluded … that again and again nobody is finding evidence of any actual harm …

In 2018, the ACS issued a statement on the draft NTP reportsExit Disclaimer noting that the findings were still inconclusive, and that, so far, a higher cancer risk in people has not been seen, but that people who are concerned should wear an earpiece when using a cell phone.

The National Institute of Environmental Health Sciences (NIEHS) states that the weight of the current scientific evidence has not conclusively linked cell phone use with any adverse health problems, but more research is needed.

The U.S. Food and Drug Administration (FDA) notes that studies reporting biological changes associated with radiofrequency radiation have failed to be replicated and that the majority of human epidemiologic studies have failed to show a relationship between exposure to radiofrequency radiation from cell phones and health problems. The FDA, which originally nominated this exposure for review by the NTP in 1999, issued a statement on the draft NTP reports released in February 2018, saying “based on this current information, we believe the current safety limits for cell phones are acceptable for protecting the public health.” FDA and the Federal Communications Commission share responsibility for regulating cell phone technologies.

The U.S. Centers for Disease Control and Prevention (CDC) states that no scientific evidence definitively answers whether cell phone use causes cancer.

The Federal Communications Commission (FCC) concludes that currently no scientific evidence establishes a definite link between wireless device use and cancer or other illnesses.

In 2015, the European Commission Scientific Committee on Emerging and Newly Identified Health Risks concluded that, overall, the epidemiologic studies on cell phone radiofrequency electromagnetic radiation exposure do not show an increased risk of brain tumors or of other cancers of the head and neck region (2). The Committee also stated that epidemiologic studies do not indicate increased risk for other malignant diseases, including childhood cancer (2).

I can however point out one big demonstrable negative adverse impact from excessive exposure to one specific variation of EMF. People watching way too much Fox News fiction tend to end up sincerely believing many things that are simply not true.

Should you be worried about 5G?

So far there is no solid reason for doing so. Nobody is dismissing the concerns, and so research will of course continue, but so also will the fear mongering.

Once again, just for a bit of emphases, should you be worried about getting cancer from 5G?