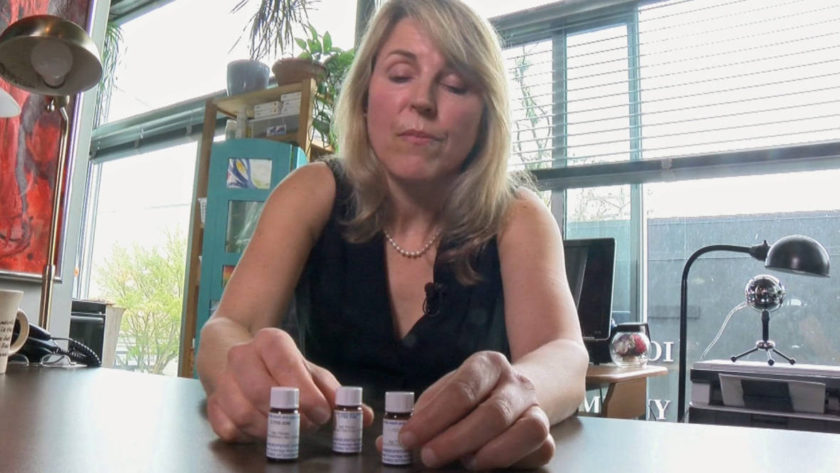 A Canadian naturopath claims she treated a 4-year-old boy’s behavioral problems with a controversial homeopathic remedy — this is, saliva from a rabid dog.

The recent claims have caused concern in the medical community and prompted questions about why the saliva — known as lyssinum, lyssin or hydrophobinum — has been approved by the Canadian government as a legitimate homeopathic product.

Anke Zimmermann, from Victoria, wrote on her blog in February that she used the saliva last year to treat a preschooler who had been having trouble sleeping and behaving in the classroom. “His preschool is complaining that he hides under tables and growls at people,” she wrote in the post.

Zimmermann said the young child, whom she identified only as Jonah, had been bitten by a dog in the past, and she suspected that may have led to his problems.

OK, so if you are disgusted by the very idea of treating a 4 year old using the saliva from a rabid dog, then you are completely missing the real scam that is taking place.

Heath Canada gave it this spin …

#BREAKING: We've confirmed the homeopathic rabid dog saliva remedy used by a Victoria naturopath was not licensed in this country, and Health Canada is opening an investigation: https://t.co/P5x7m2Ai76

… but that is still completely missing the real concern here, so let’s dig into that now.

No saliva from a rabid dog was involved

There was no dog saliva in the homeopathic “Lyssinum” that was administered to the boy.

How can we be sure of that?

OK, let me explain. The homeopathic dose was 10M. That means that they took one drop of saliva and they then added a thousand drops of water. Next they took just one drop of this and adding another thousand drops of water. This was repeating this eight more times. What you end up with is something that does not contain a molecule from the original saliva. In fact we can take that a step further and point out that the does not even contain a water molecule that has ever been in contact with any molecule from the dog saliva.

The final step is to take just one drop of this diluted solution and pop it on sugar tablet, and that is your homeopathic remedy.

If you doubt what I’m describing, then simply look it up. Homeopathy remedies are highly diluted because the belief is that administering a diluted version of the substance that caused the problem will also cure you. Apparently the more diluted it is the supposedly more potent it is.

Homeopathy does not work

There is a deeply technical term that is commonly used to correctly describe Homeopathy. That word is “Bullshit”.

Homeopathy really is a sham and does not work.

The key point is this. You have somebody administering treatments that do not work. Health Canada is concerned because the specific Homeopathic treatment was unlicensed. We should actually be concerned that a bogus doctor is licensed by them to administer bogus treatments.

The practitioner was Anke Zimmermann, and she is not a medical professional but is instead a Naturopath. The term Naturopath is simply a sciency sounding term used by people who deploy quackery.

The deployment of the saliva from a rabid dog in the form of a homeopathy remedy was completely and totally safe. This is because it contains absolutely nothing at all. The true shame here does not rest with the Naturopath, who has no doubt spent several years attending a college of Naturopathy and is so deeply invested in it all that she is unable to come to the realisation that it is all a sham. Instead the real responsibility rests with Health Canada who have happily licensed quackery.

Health Canada might perhaps respond by pointing out that their remit is to ensure public safety. Homeopathy is of course safe in the sense that the various remedies generally contain absolutely nothing at all. That however misses the key point. If you noted that a product has been licensed for use by Health Canada then it would be reasonable for you to also assume that it has been proven to actually work. Unfortunately this is all part of the scam because these remedies don’t.