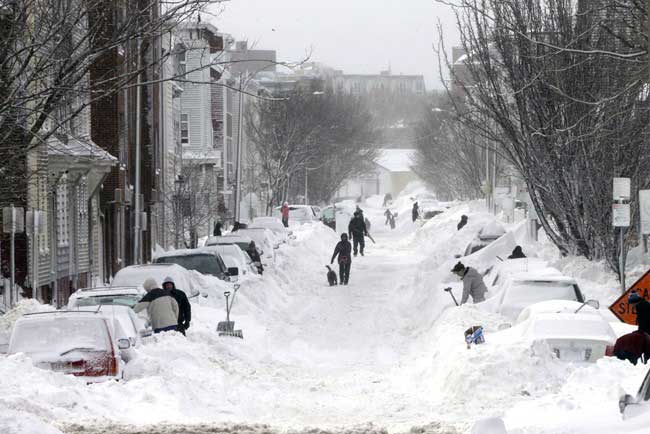 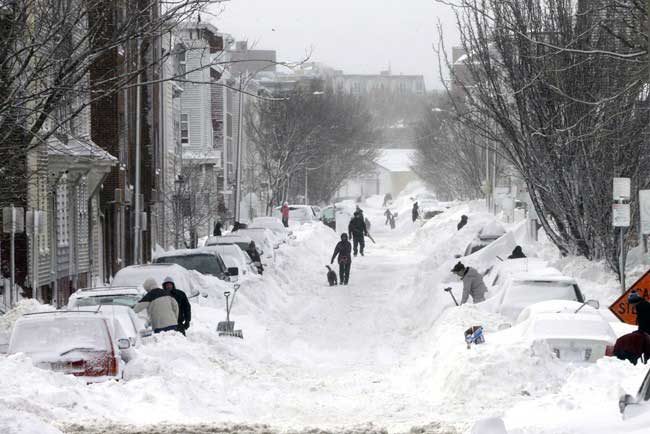 A new study published within Nature Communications on 13th March shows that there appears to be a robust relationship between a warming Arctic and more severe winter weather further south.

Weather is variable and that is driven by both forced and natural variability. Natural is a result of the chaotic nature of dynamical systems, and forced is the result of a boundary condition such as such as sea-surface temperature variations. Various studies are pointing towards the Arctic being a boundary-forcing influence due to the rapid warming that is happening there.

During recent decades we have observed rapid warming in the Arctic due to the increasing CO2. Associated with that has been cooling trends further south in both the US and also Eurasia.

A warming world has been expected to produce intense heat and droughts. What has been a surprise has been the increase in severe cold-air events. What this new study does is to present an analysis of the link between Arctic variability and severe winter weather across the mid-latitudes. It appears to outline a robust relationship between Arctic temperatures and severe winter weather.

Key Point – It is Observational

It is an observational study and so cause and effect cannot be determined by this study.The best you can do with this study is appreciate that the observed warming in the Arctic is correlated with the increase in cold-air events further south.

It is simply part of the ongoing conversation within the community.

It might indeed be tempting to consider the warming in the Arctic to be the cause of the cooling further south, but what if the truth is that something else that enables the Arctic warming also enables the cooling further south. To give you a simplistic example, an increase in ice cream sales is correlated with an increase in the wearing of T-shirts, so clearly T-Shirt wearing drives ice-cream sales … right?

Understanding causal relationships matters. If we get it wrong then we end up living in a world where ice-cream manufacturers give out free T-Shirts to increase sales.

Do not misunderstand me, the study is a valuable step. Becoming aware of correlations is not pointless but instead grants us windows into what is going on. That in turn can inspire people to them compose a hypothesis that explains what is being observed. If you understand what the various correlations are, then you have a better chance of constructing a robust hypothesis that explains things.

They do attempt to address all of this in the paper by making the observation that there is an associated lag. When specific things happen in the Arctic (an Arctic warming event at a specific height) then there is a corresponding cooling event further south days/weeks later.

However, they do also make it all very clear …

There are important limitations to this study. The most obvious is common to all observational analysis, i.e., correlation does not mean causation. Thus, even though elevated heights and warmer temperatures in the Arctic are positively correlated with more frequent severe winter weather in the mid-latitudes, we cannot conclude that the warmer Arctic is responsible.

With that said, they still can’t resist the oh so enticing temptation to briefly dip a toe over the line…

The lead author of the study has a few additional comments to add.

“There’s a remarkably strong correlation between a warm Arctic and cold winter weather further south, It’s a complex story – global warming is contributing to milder temperatures but is also having unforeseen consequences such as this.

“This winter is a great example of what we can expect from climate change, In the US we had the ‘bomb cyclone’ in January, followed by July-like warm weather in February that I’d never seen before. And now we’ve had a parade of powerful winter storms and the beast from the east. It’s mind boggling.”

The simplistic view by some climate deniers is that more intense winter storms conflict with the idea that the world is warming. The truth is quite the opposite.

A few have picked the study up and have been writing about it. Here are a couple I carefully selected.