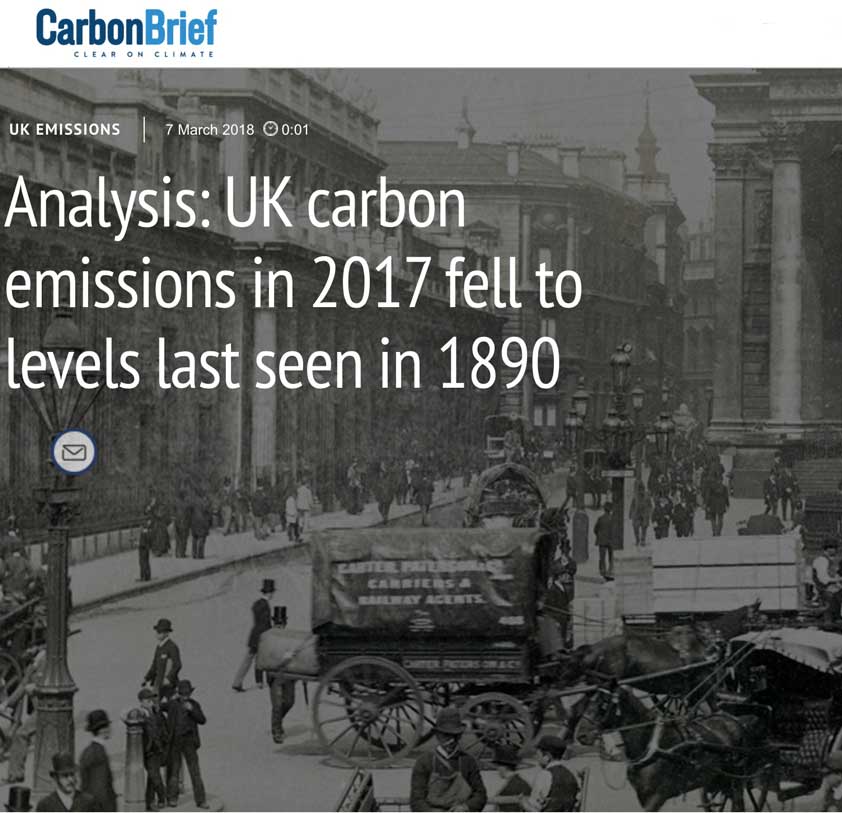 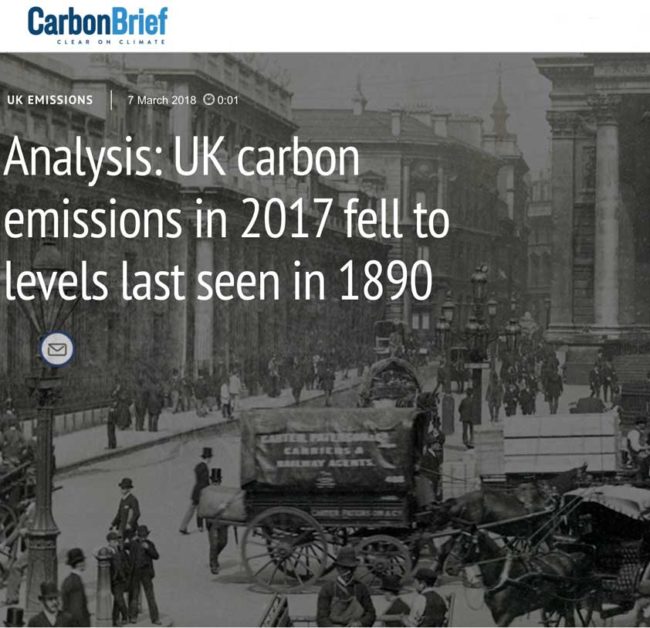 Carbon Brief, a UK based website that covers the latest developments in climate science, climate policy and energy policy, has published an analysis that points out just how dramatically the UKs CO2 emissions have fallen …

Carbon Brief analysis shows the UK’s CO2 emissions from fossil fuels fell by 2.6% in 2017, driven by a 19% decline in coal use.

In 1995 the UK generated about 22% of its power via coal-burning power stations. This has been rapidly dropping and is now down to about 5.3%. This will continue because …

The UK government has pledged to close all coal-fired power stations by 2025.

How much Coal does the UK now burn?

The UK’s rate of burning coal in 2017 is estimated to be 15m tonnes. Now that might indeed sound like rather a lot, so to place that in context, in 1858 it was 65m tonnes.

Here is another chart that tells us this story (and yes, I love data visualisations, they help to communicate facts and numbers in a manner that enables us to truly grasp things) …

Clearly the drop since a peak of 221m tonnes in 1956 down to where we are now has been very dramatic, and also has enabled the UK to take a very meaningful step towards reducing the UK’s CO2 footprint.

Time to roll on to another chart (yea), one that inspires the Carbon Brief headline.

That’s it then, we are on the road to a Climate Change solution. We can now relax, stop worrying and move on … right?

The official UK goal is a national target of 80% reductions below 1990 levels by 2050. Unfortunately that simply scratches the surface of what is really needed. The net-carbon emissions, of not just the UK, but the entire planet needs to be zero by 2030, and beyond that we must find ways to reduce the levels of CO2 within our atmosphere. If we don’t, then we face increases in Global Warming that will lead to the unthinkable.

Point 2 – Exporting the problem does not fix it

“Even though domestic emissions have fallen 27% in the UK between 1990 and 2014, once CO2 imports from trade are considered this drops to only an 11% reduction.”

Let me put this another way. The UK might indeed be reducing their CO2 footprint, but if you instead import stuff from others who generate CO2 to manufacture instead of burning fossil fuels to manufacture stuff yourself, then you have not in fact solved the problem at all, instead you simply exported it and made it somebody else’s problem.

That still makes it our problem because rather obviously CO2 induced global warming does not adhere to UK border controls.

Good news that is not really Good News

So the key thing to remember is this – when viewed globally CO2 levels within our atmosphere are still continuing to climb, there is no overall sign of any slowdown or pause. 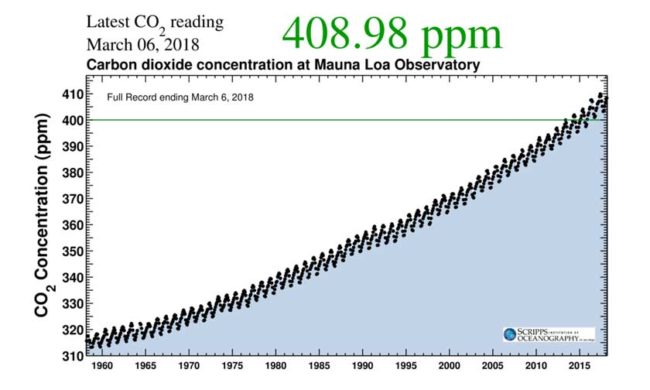 Until that changes and the curve stops climbing and starts to bend downwards then there is only one inevitable outcome – we are F**ked.

Unfortunately a bit of apparently good news regarding the UK’s CO2 emissions masks that rather stark reality.