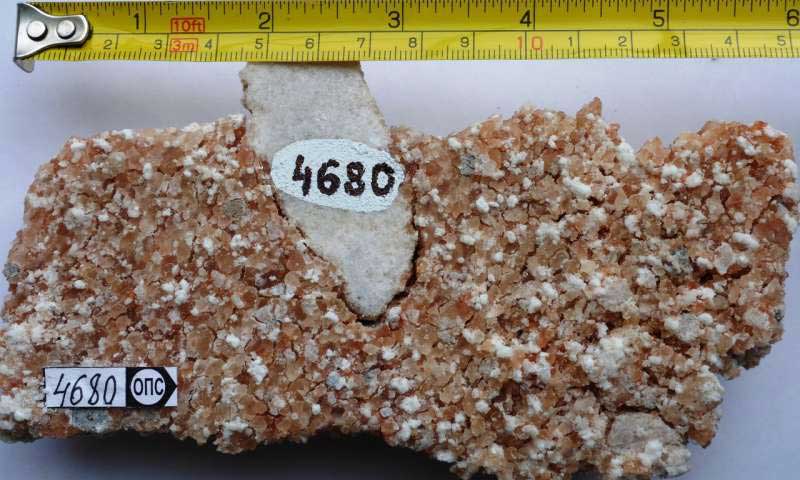 Roughly about 2.5 billion years ago the atmosphere of our planet dramatically changed – the quantity of oxygen rapidly increased and so we got breathable air.

We have some new insights into it now, there is a new study.

There exists a layer of salt deposits within a Russian geologic basin that was laid down during this era. An analysis of samples grants us a window into this event, and the results presented within a new study has some rather surprising insights into what was going on.

“This is a truly unique, one-of-a-kind deposit,” says Clara Blättler, a geochemist at Princeton University. Blättler is the lead author of a study appearing in the March 23 Science on the salty new samples. They are made up of minerals left behind when water evaporates. “Because these evaporite minerals are our most direct way of sampling ancient sea waters, this deposit gives us a snapshot of seawater in the interval time when we don’t really have any other direct constraints.”

So did the amount of Oxygen gradually and slowly increase?

Apparently not, the surprise is that there was a sudden dramatic upswing.

The salt deposits contain rather a large amount of sulphates and that is a marker that indicates that sulphur was reacting with Oxygen.

“This is the strongest ever evidence that the ancient seawater from which those minerals precipitated had high sulfate concentrations reaching at least 30 percent of present-day oceanic sulfate as our estimations indicate,” said Aivo Lepland, a researcher at the Geological Survey of Norway, a geology specialist at Tallinn University of Technology, and senior author on the study. “This is much higher than previously thought and will require considerable rethinking of the magnitude of oxygenation of Earth’s 2-billion year old atmosphere-ocean system.”

Why are things the way they are?

Life predates the arrival of Oxygen. Once the planet was filled with anaerobic bacteria which needed no Oxygen. But then came cyanobacteria – it consumed sunlight and produced Oxygen as a waste product. So much Oxygen was produced that it changed everything.

This change is known as the Great Oxygenation Event.

Was the buildup of Oxygen a slow event or a rapid event?

The new insight is that it was a dramatic increase …

The evaporite minerals provide a robust constraint that marine sulfate concentrations were at least 10 mmol/kg, representing an oxidant reservoir equivalent to over 20% of the modern ocean-atmosphere oxidizing capacity. These results show that substantial amounts of surface oxidant accumulated during this critical transition in Earth’s oxygenation.

Knowing that now means that new more accurate models that explore what happened can be constructed.

John Higgins, assistant professor of geosciences at Princeton, who provided interpretation of the geochemical analysis along with other co-authors ….

“This is a pretty special class of geologic deposits, There has been a lot of debate as to whether the Great Oxidation Event, which is tied to increase and decrease in various chemical signals, represents a big change in oxygen production, or just a threshold that was crossed. The bottom line is that this paper provides evidence that the oxygenation of the Earth across this time period involved a lot of oxygen production.”

Clara Blättler, a postdoctoral research fellow in the Department of Geosciences at Princeton and first author on the study …

“There may have been important changes in feedback cycles on land or in the oceans, or a large increase in oxygen production by microbes, but either way it was much more dramatic than we had an understanding of before.”