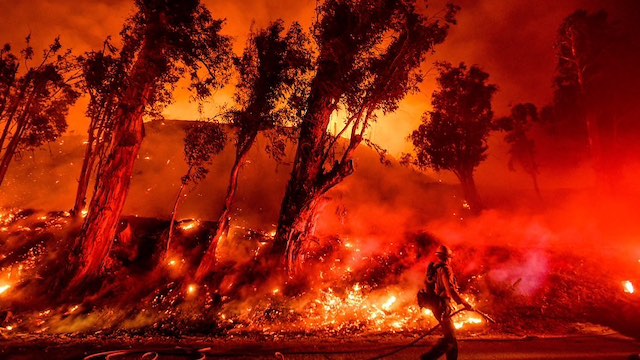 Rather a lot of media attention has been drawn by the publication of a climate emergency report by a large group of scientists. Most major outlets are running the story.

Here are a few examples …

Let’s do a bit of Q&A on it all and also drill into it in a bit of detail.

Where is the alpha source?

It has been published in BioScience on the 5th Nov under the title “World Scientists’ Warning of a Climate Emergency“. You can find it here.

The supplement within it contains the complete list of all who have happily signed. Each is named along with their credentials and also their affiliated institution. In total there are 11,258 signatures from 153 nations.

The list has not been packed with non experts. It is all quite real; they are indeed credible voices that we should listen to.

We don’t vote on reality, why so many?

The number of people who believe something does not make it true. This is not an attempt to give credence to a dubious claim by fronting it with a few folks with degrees. These are seriously concerned individuals who are speaking up because they have access to data that tells them exactly what is going on. As a result of that insight they are deeply concerned.

These are not academics fishing for a grant by playing the climate card. The published paper in BioScience is motivated by the moral obligation. They see the danger our species faces and are responding with this warning.

What exactly does the paper contain?

It starts by summing up the available evidence. They are not expressing an opinion but instead are articulating facts …

we present a suite of graphical vital signs of climate change over the last 40 years for human activities that can affect GHG emissions and change the climate (figure 1), as well as actual climatic impacts (figure 2). We use only relevant data sets that are clear, understandable, systematically collected for at least the last 5 years, and updated at least annually.

What is their plan of action?

The paper does not simply shout out the problem. They also present a roadmap for what needs to be done.

Can I watch the Movie?

Of course. Here is Dr Thomas Newsome from the University of Sydney. He is one of the lead authors of the paper behind this initiative …

Quotes from the lead authors…

“Despite 40 years of major global negotiations, we have generally conducted business as usual and are essentially failing to address this crisis,” said Professor William Ripple, distinguished professor of ecology in the Oregon State University College of Forestry and co-lead author of the paper. “Climate change has arrived and is accelerating faster than many scientists expected.”

“Scientists have a moral obligation to warn humanity of any great threat,” said Dr Newsome from the School of Life and Environment Sciences. “From the data we have, it is clear we are facing a climate emergency.”

“Ice is rapidly disappearing as shown by declining trends in minimum summer Arctic sea ice, Greenland and Antarctic ice sheets, and glacier thickness. All of these rapid changes highlight the urgent need for action.”

The last word is theirs …

Directly from the published BioScience paper …

“As the Alliance of World Scientists, we stand ready to assist decision-makers in a just transition to a sustainable and equitable future. We urge widespread use of vital signs, which will better allow policymakers, the private sector, and the public to understand the magnitude of this crisis, track progress, and realign priorities for alleviating climate change.

The good news is that such transformative change, with social and economic justice for all, promises far greater human well-being than does business as usual.

We believe that the prospects will be greatest if decision-makers and all of humanity promptly respond to this warning and declaration of a climate emergency and act to sustain life on planet Earth, our only home.”