Does smoking cause or cure Alzheimer’s? There is a great deal of confusion in this area and a sufficient degree of fuzziness to allow those who do smoke to feel sure that they can cite this one benefit as a reason not to quit, but is it really true? 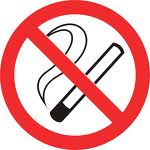 Here is a link to a 2008 newspaper article in the Daily Mail that claims that drinking and smoking will give you Alzheimer’s. OK, so far that sounds logical and reasonable. The evils of drinking and smoking have been with us for some time now, so adding Alzheimer’s to the long list of reasons why they are both bad for you is not a great stretch. If you read the article you will find that it talks about research that has verified this.

Case closed? Nope, sorry its not that simple.

Here, for example, is a straight dope article that claims that clinical research has proven that smoking will slow down or prevent Alzheimer’s. Surely Cecil does his research and should know? Its this and other similar articles that all claim to be backed by clinical research that is the cause of much confusion out there.

And just to drive that point home, here is a 2009 list of 101 reasons not to quit that includes as reason 30,”it prevents Alzheimer’s“.

So, what’s the real story, how can we get to the truth? The real secret is, as always in any arena, to become familiar with the full conversation and not to simply cherry-pick the bits that re-enforce your own personal bias.

Luckily somebody has already done all the hard work. In January 2010 the definitive answer was published in the Journal of Alzheimer’s Disease. The article in question identified 43 studies that did research in this area. If you read the 11 sponsored by the Tobacco industry, the answer is that smoking prevents Alzheimer’s. Now just before you rush out to take up smoking, they also noted that if you eliminated those 11, then the rest, which don’t have a conflict of interest, clearly demonstrated that smoking increases the risk of Alzheimer’s.

And that in a nutshell is a clear illustration of a conflict of interest befuddling the science, so be wary when you ready an sensation seeking article that cites just one study and is not embracing all the evidence or considering the full conversation.

[Hat tip to Ben Goldacre who wrote this study up in the Guardian here.]

3 thoughts on “Smoking and Alzheimers, cause or cure? – debunking the myths”