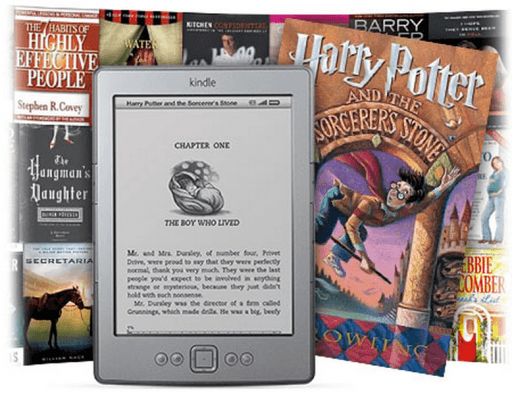 We in the UK knew this day would come, the trend was obvious, well now it finally has. Amazon says it sells more books for Kindle than paperbacks and hardbacks combined on Amazon.co.uk, TechWeek Europe reports.

So what are the numbers?

Amazon said that for every 100 print books bought through its UK site, it sold 112 Kindle books.

“Ah”, you might say, “its all those free kindle books they give away, right?”

Actually no, free Kindle books were excluded from the calculations and if included would have made the gap even wider.

It was obvious it was going to happen, as observed by Jorrit Van der Meulen, vice president for Kindle EU …

“We hit this milestone in the U.S. less than four years after introducing Kindle, so to reach this landmark after just two years in the UK is remarkable and shows how quickly UK readers are embracing Kindle,”

So that’s it then, now is time for me to take all my books to the dump, and remove all my bookshelves, right? Hell no, I’m in love with books in FDT format, I will of course declutter, but taking all my books!! … Sure, I like the idea of carrying a tablet instead of a case of books, but it is simply an addition to what we already have, I’m still very much attached to the FDT format.

“What was that you asked? Oh, you want to know what the FDT format is, well that is Flat Dead Tree of course.”

Actually, the reality here is that paper books still outsell kindle. If you add into the mix a calculation that include all books sold in any format, paper still wins. This is of course a bit of marketing hype by Kindle to encourage you to join the kindle rush. Note carefully the wording, the number is just the books sold by amazon.co.uk, but what about the books sold in the Amazon community by third-party shops/people.

Selling books electronically is immensely profitable, they are priced not too far off the price of print, but far less overhead, no printing, no postage, no need to store. You sell as many or as few as needed to meet the actual demand, so a gentle PR nudge to encourage folks to join in is to be expected.

Right now you pay for the Kindle. I suspect it will hit a tipping point and they will simply give the devices away, but I do not see Amazon doing this until somebody else jumps in and forces their hand by attempting to undercut them with a free device. Longer term, perhaps they might even abandon the Kindle and will simply focus on electronic books because Kindle apps become pervasive across a wide range of tables that can act as not only a reader, but also offer a far richer set of apps for a lot of other things as well.