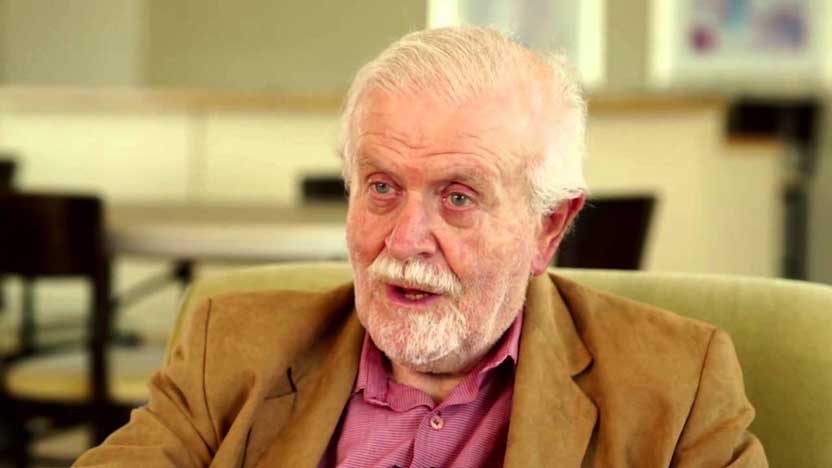 If you are familiar with the topic of Climate Change, then the name Fred Singer will also perhaps be familiar. He is not a Climate Science hero, but instead is one of the well-known deniers-for-hire, who if paid enough, will say whatever you would like him to say or write.

The Sea Is Rising, but Not Because of Climate Change

…Currently, sea-level rise does not seem to depend on ocean temperature, and certainly not on CO2. We can expect the sea to continue rising at about the present rate for the foreseeable future. By 2100 the seas will rise another 6 inches or so—a far cry from Al Gore’s alarming numbers.

… and the evidence published within a reputable peer-review journal that confirms his rejection of the prevailing scientific concensus is …(insert drum roll here) … exactly nothing.

OK, so he is a smart guy, a scientist. We should simply trust what he says because he is a physicist, right?

Nope, that’s not how it works. You can’t just make up claims and then use your reputation as a platform to assert facts that are not factual, you really do need evidence. The problem of course is that often it is a public persona of “I’m a scientist, trust me” that does persuade, and so people are successfully conned by such misinformation, especially when it reinforces an already existing belief.

It is tempting to leap in and debunk, but there no need because others have already done a fine job.

How have real Climate Scientists responded?

They have of course fallen at his feet and confessed that he is right and all their evidence-based conclusions published within reputable peer-reviewed journals is fiction.

Oh wait, that’ not quite how it played out. Instead they played tag and had a bit of fun …

"Satellites Orbit the Earth, but Not Because It's Round" https://t.co/ooWDPnJhVg

Who exactly is Fred Singer?

From here, we have a profile …

“Carbon dioxide is not a pollutant. On the contrary, it makes crops and forests grow faster.”

Singer is the most prolific of the deniers-for-hire. Formerly a Cold War physicist and an environmental science professor at the University of Virginia, he left academia in 1990 to found a think tank, the Science and Environmental Policy Project, with a mission of debunking the science of ozone depletion, climate change, tobacco and other environmental and health threats. He has received considerable funding from corporate interests, including tobacco company Philip Morris, seed and pesticide company Monsanto and energy company Texaco. His many works include a 2009 report titled “Climate Change Reconsidered,” which concludes that “a warmer world will be a safer and healthier world for humans and wildlife alike.” The report has been dismissed as “fabricated nonsense.”

… and yes, this is the same guy who after being funded by Philip Morris in the 1990’s took a stance that Tobacco is jolly fine stuff, and claimed that being exposed to it via second-hand smoking does not cause cancer, Additionally,  all those scientists at the EPA who say it is dangerous are incompetent buffoons. To put all that another way, he has does not have a great track record for being an honest impartial promoter of evidence-based science.

Why would the Wall Street Journal Give him a platform?

In 2007 the Wall Street Journal was bought by Rupert Murdoch’s news empire, and so is now under the same ownership as Fox News. Murdoch has long track record of expressing his personal, political and business biases through his newspapers and television stations.

To illustrate the manner in which it is fast becoming a right-wing political misinformation machine instead of a credible source, here is a quote from it’s Wikipedia page …

The Journal‘s editorial page has been seen as critical of many aspects of Barack Obama‘s presidency. In particular, it has been a prominent critic of the Affordable Care Act legislation passed in 2010, and has featured many opinion columns attacking various aspects of the bill.[52] The Journal‘s editorial page has also criticized the Obama administration’s energy policies and foreign policy.[53][54][55]

The editorial board of The Wall Street Journal tends to reject widely held views on climate change—namely that it poses a major threat to human existence, is largely caused by fossil fuel emissions, and can be prevented through public policy. The Journal is regarded as a forum for climate change skeptics,[56][57] publishing articles by scientists skeptical of the consensus position on climate change in its op-ed section, including several essays by Richard Lindzen of MIT.[58][59][60] Similarly, the Journal has been accused of refusing to publish opinions of scientists which present the mainstream view on climate change.[61] According to a 2016 analysis, 14% of the guest editorials presented the results of “mainstream climate science”, while the majority did not. Also, none of 201 editorials published in the WSJ since 1997 concede that the burning of fossil fuels was causing climate change.[62] A 2015 study found The Wall Street Journal was the newspaper that was least likely to present negative effects of global warming among several newspapers. It was also the most likely to present negative economic framing when discussing climate change mitigation policies,[63] tending to taking the stance that the cost of such policies generally outweighs their benefit.

On October 25, 2017, the editorial board called for Special Counsel Robert Mueller to resign from the investigation into Russian interference in the 2016 United States elections and accused Hillary Clinton’s 2016 presidential campaign of colluding with Russia.[64]

It is kind of stunning how completely (and I assume intentionally) wrong Fred Singer is in his Wall Street Journal editorial (no link). That any newspaper would even consider printing this is a reminder of how awful the WSJ opinion section is, especially on climate pic.twitter.com/6adoTp9Nhb

Note that this is an opinion piece, not a story. It was written by Fred Singer of the Heartland Institute, funded by ExxonMobil (Heartland worked with Phillip Morris to convince us that smoking is harmless). So the reality is that this is a full-page ad by ExxonMobil. @350

You have to read the bio on Fred Singer, he has been preaching nonsense for years. Second hand smoke isn’t bad for u, in the 70s he said we had no energy crisis. It was made up by the media. Global warming is a hoax. How desperate is the WSJ to publish this drivel

@WSJ As per a long sad trend, the WSJ again publishes a scientifically inaccurate & misleading editorial by the long time climate denier Fred Singer. Fact checking apparently does not apply to the WSJ editorial page: https://t.co/clQ2adpnuB

Smoking is healthy.
The earth is flat.
Vaccines cause autism.
High frutose corn syrup is part of a well-balanced diet. #Science https://t.co/rRjQODUnwp