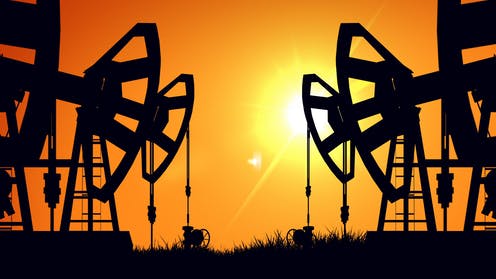 Katharine Hayhoe is not only a professor and director of the Climate Science Center at Texas Tech University, but she is also the lead author on volumes one and two of the fourth national climate assessment. This means that she will find herself being faced again and again with climate change denialism and so she is ideally positioned to advise on what the top 5 climate change denial myths are.

She has written an article in the Washington Post (dated 30th Nov 2018) that lists out the top 5 myths and also proceeds to explain the problem with each in turn.

It’s an important topic. Understanding what is popular but not actually true at all and why it is not true can help us as individuals to navigate through it all and reach a goal of believing as many true things as possible.

So let’s briefly look at each in turn.

Myth 1 – Climate scientists are in it for the money

This was recently popularised by Rick Santorum on 23rd Nov when he popped up on CNN to promote this claim. She tells you exactly how much she gets paid and also lays out his real paid-for agenda …

I was one of the report’s authors. How much did I earn for the hundreds of hours I spent on it? Nothing. Nearly every day, climate scientists are accused of venality. Our other purported sins include fabricating data, selling out to “big green” — which supposedly tethers our grant money to doom-and-gloom findings — and fanning the flames of hysteria to further our nefarious agenda.

The reality is that nearly every climate scientist could make at least the same amount of money — and often much more — in a different field, including the oil industry. And the money we do receive in grants doesn’t go into our pockets. A $1.1 million grant from the National Science Foundation provided me with a mere $37,000 a year, all of which went to paying for the proposed work, including a graduate researcher, a computer and publication fees. (In summer, I do some climate-focused consulting with cities and water districts to cover my salary when I’m not teaching.) Santorum, meanwhile, receives a substantial income from serving as a consultant to Consol Energy, a coal company; and according to OpenSecrets.org, DeLay has received nearly $740,000 from the oil and gas industry.

In other words, the guy who claims “They are in it for the money” is actually making that claim because he is quite literally being paid by the oil and gas industry to do so. The pure hypocrisy of his stance is quite staggering.

Myth 2 – The climate has changed before. It’s just a natural cycle.

This is perhaps one that resonates with a lot of people. We known that ice ages come and go in cycles and that sea level rises and falls over time, hence it is tempting to dismiss the current warming as more of the same.

What is perhaps not so well appreciated by those that feel this position is viable is that there is a very good understanding of the root causes of those ice age cycles, hence it becomes possible to work out if that is driving the currently observed warming …

But we can look at the natural factors that affect the climate. First, over the past few decades, energy from the sun has been going down , not up, so if changes in the sun’s energy drove our temperature, we should be getting cooler, not warmer.

Others argue that we’re getting warmer because we’re recovering from the last ice age. But ice ages — and the warm periods in between — are caused by the Earth’s orbital cycles, and according to those cycles, the next event on our geologic calendar is another ice age, not more warming.

We can also rule out volcanoes, which do produce heat-trapping gases, but less than 1 percent of the CO2 that humans produce. And big eruptions, when they happen, cool the Earth instead of warming it. In other words, the climate change we’re experiencing now definitely isn’t natural.

We know with a very high degree of certainty that the root cause of the currently observed warming is us, we have pushed the entire climate system out of its normal glacial-interglacial cycle into something quite different and unprecedented.

Myth 3 – Climate scientists are split on whether it’s real.

In short, no they are not. You will find a handful of denialists who also have a scientific training. You can count them on literally one hand, but the vast majority who are familiar with the available evidence follow the data to the most reasonable robust evidence-based conclusion.

In reality, more than 97 percent of climate scientists agree that global warming is happening and that humans are causing it. At least 18 scientific societies in the United States, from the American Geophysical Union to the American Medical Association, have issued official statements on climate change. And it’s been more than 50 years since U.S. scientists first raised the alarm about the dangers of climate change with the president — at the time, Lyndon B. Johnson. The public confusion has been manufactured by industry interests and ideologues to muddy the waters.

Some might quibble about the 97% number. To them I would say name names. List the climate scientists who are publishing divergent evidence-based conclusions concerning the climate within peer-reviewed journals. You will of course encounter cranks and crackpots making claims (such as Fred Singer who is not actually a climate scientists and who gets paid $5,000 a month by the oil and gas funded Heartland institute – yes, the same guy who touted tobacco as jolly fine stuff a few decades back in exchange for a few $$$). What you will not find is any hard scientific evidence for an alternative explanation that withstands a closer look.

Often we think of Climate Change as something that is happening far away in distance or time and is not something we should care all that much about because it will not personally impact us. This is the “Who cares about a few Polar Bears” gambit.

Alas no, it will indeed impact you, there is no escape …

Climate change is a threat multiplier that touches everything, from our health to our economy to our coasts to our infrastructure. It makes heat waves stronger, heavy precipitation events more frequent and hurricanes more intense, and it nearly doubles the area burned by wildfires . It supercharges natural disasters like Hurricane Harvey and the Camp Fire, as those suffering the effects of these events know firsthand. Climate change is no longer a distant issue in space or time: It’s affecting us, today, in the places where we live.

To add to this, Researchers at the University of Hawaii recently published a study within Nature that examined the changes we face …

“The study is a compelling review of how climate change is literally redrawing lines on the map, clearly showing the threats that our world faces at every level,” said Dawn Wright, ESRI Chief Scientist. “The maps and data hammer home how much danger humanity truly faces, and the need for immediate action.”

This one pops up every winter, and was perhaps popularised by Sen. James M. Inhofe (R-Okla.) who famously brought a snowball to the Senate floor in an attempt to reject the reality of climate change, and yes, as you might guess, the representative from Okla is indeed funded by oil and gas interests.

But cold weather doesn’t rebut the data that shows the planet is warming over climate time scales. Think of it this way: Weather is like your mood, and climate is like your personality. Weather is what occurs in a certain place at a certain time. Climate is the long-term average of weather over decades. The fact it was cold and snowy one day last week? That’s weather. Global warming or not, cold days still occur, particularly in winter. But since 2000, we’re seeing far more new hot-temperature records than cold ones. In fact, in 2017, we saw more than 10,000 cold-temperature records broken at weather stations across the United States. And more than 36,000 high-temperature records were broken the same year.

You really don’t need to look too hard to find the truth. If truly interested, then all you need to do is to read the published evidence-based Fourth National Climate Assessment that came out on 23rd Nov – you can find it freely available at this link.

What is rather surprising is that often when there is some climate news the go-to folks for many media outlets are generally people who have no expertise at all, but instead are simply the usual talking heads who have a paid agenda to promote. Yes, I’m thinking of the CNN interview with Rick Santorum.

How exactly does that work?

“Hey guys there is a new national climate assessment, who shall we get to talk about it?

How about a guy paid by the oil and gas industry who has not even read it.

Cool, let’s roll with that then“

After the fuss that raised, at least they listened and fixed it by finally interviewing Katharine Hayhoe, one of the lead authors …