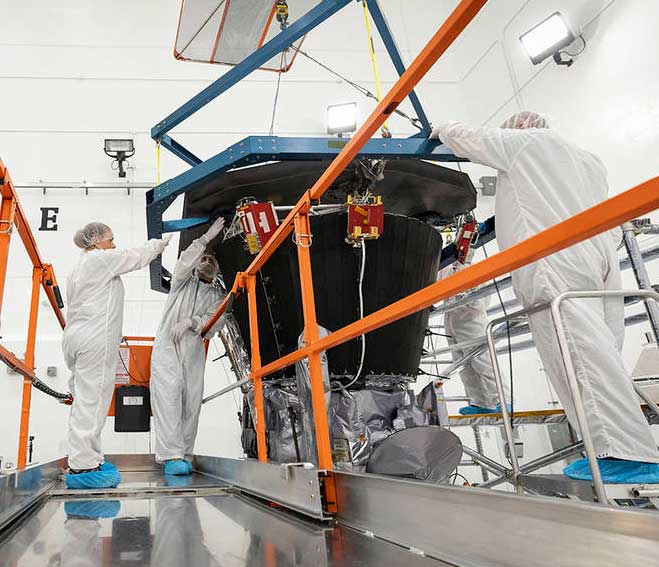 There are things we simply do not understand about the sun. The surface is 5,778 K, and yet the chromosphere, transition region, and corona are much hotter.

There are some ideas, but nobody knows.

In order to answer such questions we need to go and take a closer look and that is what the Parker Solar Probe is all about. I was writing about it just over one year ago in June 2017 and so it is time for an update.

We have a launch window

It's #SunDay! ☀️ In just a few weeks, we're launching Parker #SolarProbe to get closer to the Sun than any spacecraft has ever gone. Follow along with the countdown to launch: https://t.co/gDQOdAlFkt pic.twitter.com/LxPIrhRY10

Faster, closer, hotter than ever before

This will be quite literally a record breaking probe. 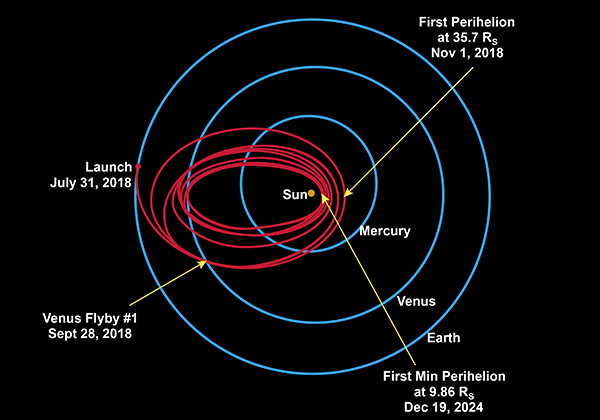 What exactly will it do?

Rather obviously the solar wind, corona, and dynamics of the magnetic fields will be measured and explored. They explain it as follows …

The primary science goals for the mission are to trace how energy and heat move through the solar corona and to explore what accelerates the solar wind as well as solar energetic particles. Scientists have sought these answers for more than 60 years, but the investigation requires sending a probe right through the 2,500 degrees Fahrenheit heat of the corona. Today, this is finally possible with cutting-edge thermal engineering advances that can protect the mission on its dangerous journey. Parker Solar Probe will carry four instrument suites designed to study magnetic fields, plasma and energetic particles, and image the solar wind.

Well yes, so let’s for a moment or two get a bit more technical. There are five major instruments within the package …

You can find more details here. When I say detail, I really do mean it. That last link takes you to a 48 page paper that lays out the precise details of the questions being asked and hopefully answered. It has been written by the researchers involved.

Finally – Why is it called the Parker Solar probe?

It is a NASA tradition to name things after people who have made a deeply meaningful contribution to our understanding in a related field. For example the Hubble space telescope was of course named after the astronomer Edwin Hubble. In this instance the solar probe is named after Eugene Parker who in the mid-1950s proposed a number of concepts about how stars give off energy. Much of his pioneering work, which has been proven by subsequent spacecraft, defined a great deal of what we know about the how the sun–Earth system interacts.

You might wonder what such individuals would think about having such cutting edge technology named in their honour. Generally we can never know, but in this case we can. In a first, NASA named it to honour a living individual, because Eugene Parker aged 91 commented on it …

Speaking at the press conference Nicola Fox, mission project scientist at the Johns Hopkins University Applied Physics Laboratory, added that a chip would be placed on board the spacecraft carrying pictures of Parker and his scientific papers, as well as a plate with an inscription of his choice. Parker was then presented with a model of the probe.

… Dressed in a black suit and tie, Parker said that he was privileged that the mission had been named after him. “I am greatly honoured to be associated with such a heroic scientific space mission,” he said, explaining that designing a spacecraft to withstand temperatures so close to the sun is a considerable feat.