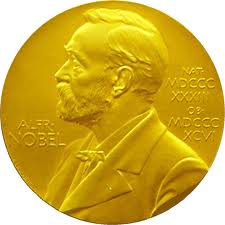 You have all heard of it, it is the “Nobel Prize“, the top award bestowed by some Scandinavian committees in recognition of cultural and scientific advances. But why does it get so much attention, and why is it the top prize when there are lots of other awards out there? Lets explore this a bit and also have a look at who this year’s prize for medicine has gone to. Perhaps we shall find an answer.

What do you actually get? Each recipient, or laureate, receives a gold medal, a diploma, and a sum of money which depends on the Nobel Foundation’s income that year. How much? Well it is in the region of US$1 million, so it is indeed a prize. A couple more notes, you need to be still breathing, if you are dead you don’t get it (unless you die after the prize’s announcement – now hold this fact, we will return to it soon). Nor do you share with a large group, it is a max of three people per prize. Beyond all that, you also get lots of media attention.

Who started it all?

It all began with a well-known and quite wealthy inventor, Alfred Nobel, who was quite astonished to read his own obituary in the paper one day, (it was his brother, they had made a mistake). It caused him to ponder about how he would be remembered, so when he himself did die eight years later his last will specified that his fortune be used to create a series of prizes for those who confer the “greatest benefit on mankind” in physics, chemistry, peace, physiology or medicine, and literature. The executors of Nobel’s will, Ragnar Sohlman and Rudolf Lilljequist, formed the Nobel Foundation to take care of Nobel’s fortune and organise the award of prizes, and so since 1897 these prizes have been issued each year.

What is happening This week?

They don’t announce it all it one go, but instead spread it out: 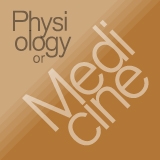 The 2011 Prize for Medicine

The Nobel Prize in Physiology or Medicine 2011 was divided, one half jointly to Bruce A. Beutler and Jules A. Hoffmann “for their discoveries concerning the activation of innate immunity” and the other half to Ralph M. Steinman “for his discovery of the dendritic cell and its role in adaptive immunity”.

Here is a link to the press release. 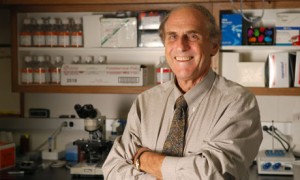 Now for a bit of sad news. Unfortunately, Dr Steinman passed away last Friday … three days before it was announced, so now they face a real dilemma (remember that rule I was telling you about). So now officials at the Nobel assembly will meet over the next few days to decide whether the prize stands or needs to be amended.

“We never inform the winners in advance. I couldn’t get through to Dr Steinman for obvious reasons, so I sent an email that was picked up by his daughter who contacted the president of Rockefeller University. He then contacted us with the news.

“We expect to take a decision on this with the Nobel Foundation within the next few days. Right now our thoughts go to Dr Steinman’s family and collaborators. We are shocked by the sadness,”

“This is a unique situation we are facing,”

In a statement released on Monday, Marc Tessier-Lavigne, president of Rockefeller University, said the university was “delighted” that the Nobel Foundation had recognised Steinman’s “seminal discoveries” concerning the body’s immune system …

“the news is bittersweet, as we also learned this morning from Ralph’s family that he passed a few days ago after a long battle with cancer. Our thoughts are with Ralph’s wife, children and family,”

The president of the Royal Society, Sir Paul Nurse – himself a Nobel laureate – said:

“This is a great tragedy. Ralph Steinman’s work was ahead of its time and he waited too long for the Nobel prize. To die just days before its announcement is almost too much to bear. He will be remembered as one of the great immunologists of our time.”

Decades of meticulous laboratory work led the three scientists to piece together how humans and animals defend themselves against potentially lethal bacteria and other microbes. Beutler, who is head of genetics at the Scripps Research Institute in California, and Hoffmann, director of research at the French national centre for scientific research (CNRS), discovered one of the body’s first lines of defence, where the immune system senses and destroys bacteria, fungi and viruses, and initiates inflammation to block their attacks.

Steinman’s work in 1973 sheds light on the immune system’s second line of defense, where sentinel “dendritic” cells direct the body’s killer T cells to attack foreign organisms. For many years, his work was dismissed as flawed by the wider scientific community.

Their discoveries are expected to lead to other treatments that combat cancer and “autoimmune” diseases, where the immune system becomes faulty and attacks healthy tissues in the body.

One hope is for vaccines that marshall the immune system to fight tumors. The first such therapeutic cancer vaccine, Provenge, was approved for use in the US last year.

One of the other three winners, Beutler, said it was “incredible” to win a Nobel prize with Hoffman and Steinman: “My idea right from the beginning, I guess, was to dismantle the immune system one gene at a time so we could track the mutations that cause problems.”

In fact, when he first heard the news that he had won, his initial reply sums Nobel up quite well. that initial response was …