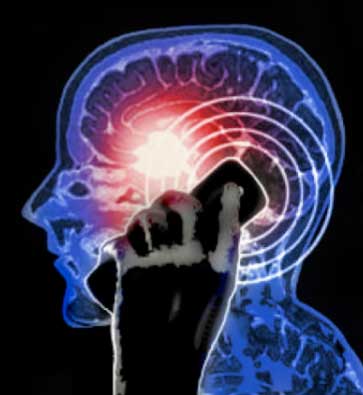 Once again the concerns regarding the use of mobile phones arise zombie like from the grave and is striking fear into some hearts as it stalks the land.

There is a link between mobile phones and cancer: Radio waves emitted by devices ‘increase the risk of brain and heart tumours’

‘Where people were saying there’s no risk, I think this ends that kind of statement’
.. actually, no it does not.

The foundation that the above media stories are all build upon is highly dubious.

What has been issued is a non peer-reviewed preliminary and quite incomplete report that has, since it was issued, come under rather a lot of criticism …

If cellphone radiation really does cause cancer, this study wouldn’t have proven it. And the mountains of preexisting data on the topic all point to mobile devices as posing zero to very low risks. This includes a recent Australian study that found no significant increases in brain cancer since the introduction of mobile phones.

Where is the Actual Data?

You can find it here, (and the full PDF is here).

Instead of the normal peer-review process, they hand-picked three of their own reviewers for this preliminary report. Interestingly enough, one of these reviewers does not accept their conclusions. He writes …

Summary: I am unable to accept the authors’ conclusions:

Should you be concerned?

To expand upon that, I’ll quote Dr Steven Novella, a clinical neurologist and assistant professor at Yale University School of Medicine, who carefully reviewed this latest data …

human epidemiology data has failed to show any consistent association between cell phones and cancer. Further, brain cancer rates have not been increasing overall in the last 20 years when cell phone use skyrocketed. Therefore, any real world effect of cell phones on humans must be tiny to nonexistent.

… and he then proceeds to explain why, in detail, that this is not a study you can use to assert the media claims that we have been seeing.

One rather amusing observation for it is that the control rats did not live as long as the rats exposed to cell phone signals, and yet nobody would seriously accept the idea that cell phone use enables you to live longer.

Bottom Line: There is nothing here that can in any way justify the scary headlines that the media has opted to run with.

Incidentally, Science Based Medicine also gives all this a very big thumbs down.

If the idea that mobile phones did indeed cause cancer was correct, then the data would not be like this … 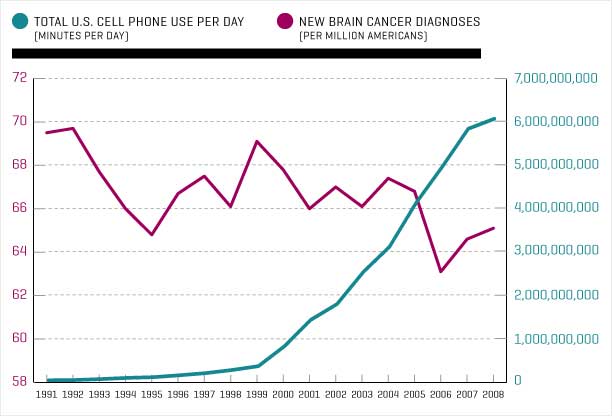