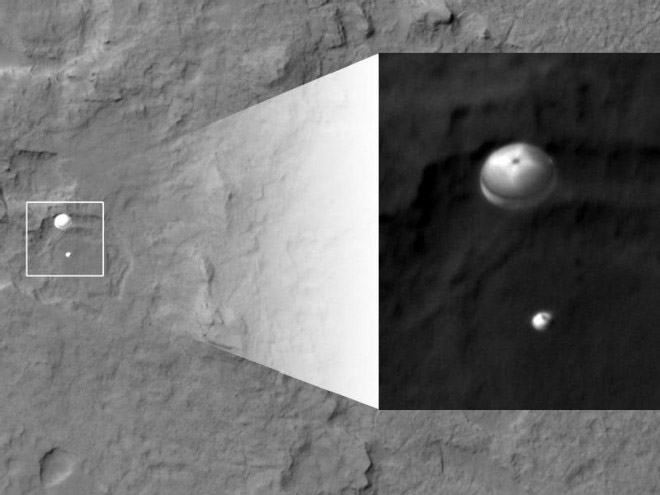 NASA’s Mars Reconnaissance Orbiter (MRO) has captured an impressive picture of the Curiosity rover’s nail-biting and extremely successful descent. This was no accident, the MRS team had been planning this since last March, they reckoned they had a 60% chance of getting this shot.

Now leat you wonder, MRO is a satellite flying high above the Martian surface and beaming back amazing data about the planet. The image shows Curiosity’s supersonic parachute — the largest ever used on an interplanetary mission — with the rover tucked beneath it.

The MRO team have stated that they expect to have higher-resolution images are expected to be available soon. They also plan to image the landing site with the rover on the ground.