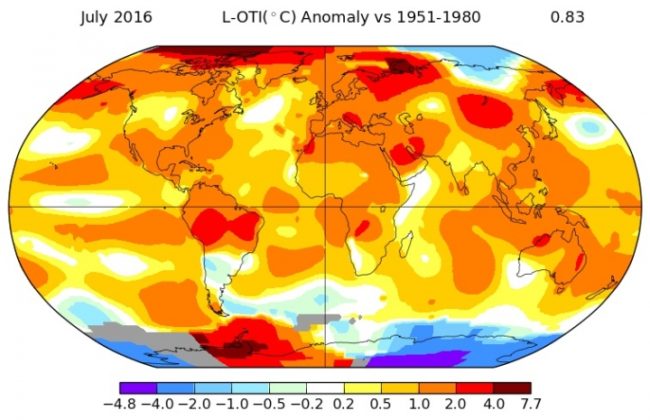 Well, its official, the numbers are now in for last July and as expected it was hot on a global scale. To be precise, it was the hottest July ever recorded in human history and broke all previous records.

What is quite frankly astonishing is that every single month this year has been a record breaking month … the hottest January ever … the hottest February ever .. and on and on.

July 2016 was absolutely the hottest month since the instrumental records began. pic.twitter.com/GQNsvARPDH

You might be aware that they has been an exceptionally strong El Niño. It is true that this has enabled a lot of the accumulated heat built up within the atmosphere. That event has ended, and so it is possible that the record breaking streak will now come to an end. In fact if you check the anomalies then you can see exactly this trend … 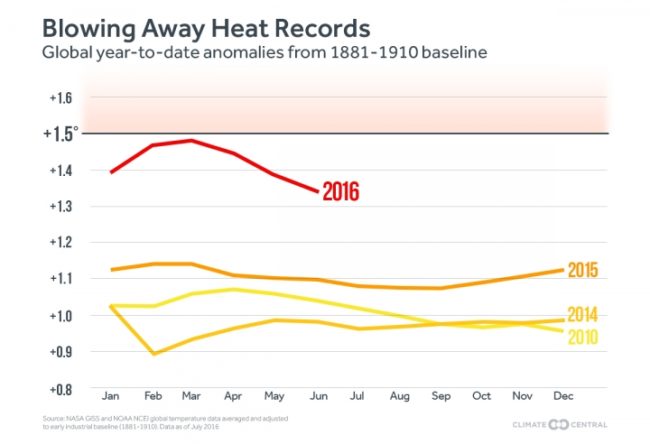 Oh but wait, if you crunch the numbers, you find that the El Niño might only account for just 0.1 C of the increase.

In other words, even without the El Niño it would in all probability be a record breaking July. There is an overall trend year upon year, month after month that goes way beyond this immediate El Niño … 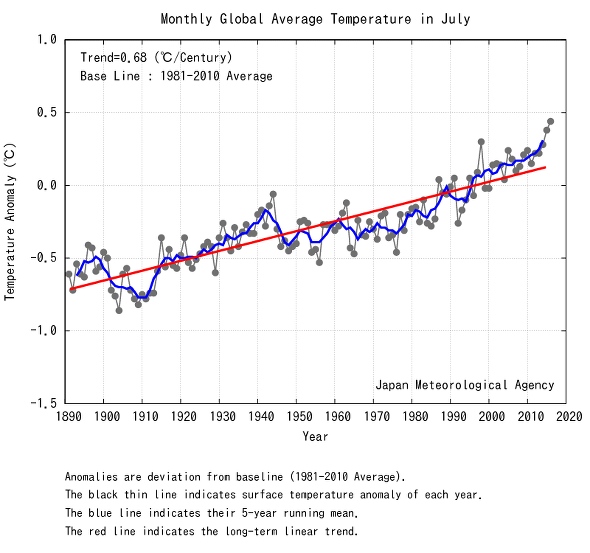 If the raw data is of interest and you would like to see the actual numbers for each and every month going back to 1880, then checkout NASA’s Goddard Institute for Space Studies. There you will find that last July was .84 degrees C above average worldwide. Then look back, all the way back to 1880, right across each and every July.  Let it sink in that it really is the warmest July ever recorded.

The planet is heating up, and we are causing it – doing nothing is not an option.

Two key climate change indicators have broken numerous records through the first half of 2016, according to NASA analyses of ground-based observations and satellite data. Each of the first six months of 2016 set a record as the warmest respective month globally in the modern temperature record, which dates to 1880. Meanwhile, five of the first six months set records for the smallest monthly Arctic sea ice extent since consistent satellite records began in 1979. NASA researchers are in the field this summer, collecting data to better understand our changing climate.