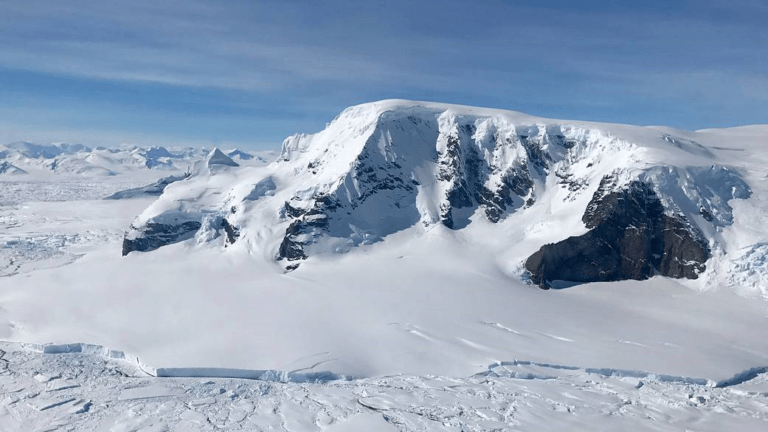 By using satellite data over a period of four decades it becomes possible to work out how much ice is being lost in the Antarctic. So how much is being lost? The answer comes via a new study that has just been published in PNAS on 22nd January 2019.

Let’s take a look to see what the answer is? (Hint: It’s not good news, but you had probably already guessed that bit)

Glaciologists from the University of California, Irvine, NASA’s Jet Propulsion Laboratory, and the Netherlands’ Utrecht University have come to the following conclusion within this latest study – Antarctica experienced a sixfold increase in yearly ice mass loss between 1979 and 2017

Additionally, they make the observation that this accelerated melting caused global sea levels to rise more than half an inch during that time.

“That’s just the tip of the iceberg, so to speak,” said lead author Eric Rignot, Donald Bren Professor and chair of Earth system science at UCI. “As the Antarctic ice sheet continues to melt away, we expect multi-meter sea level rise from Antarctica in the coming centuries.”

What did they do to get this insight?

For this study, Rignot and his collaborators conducted what he called the longest-ever assessment of remaining Antarctic ice mass. Spanning four decades, the project was also geographically comprehensive; the research team examined 18 regions encompassing 176 basins, as well as surrounding islands.

Techniques used to estimate ice sheet balance included a comparison of snowfall accumulation in interior basins with ice discharge by glaciers at their grounding lines, where ice begins to float in the ocean and detach from the bed. Data was derived from fairly high-resolution aerial photographs taken from a distance of about 350 meters via NASA’s Operation IceBridge; satellite radar interferometry from multiple space agencies; and the ongoing Landsat satellite imagery series, begun in the early 1970s.

Rignot said that one of the key findings of the project is the contribution East Antarctica has made to the total ice mass loss picture in recent decades.

“The Wilkes Land sector of East Antarctica has, overall, always been an important participant in the mass loss, even as far back as the 1980s, as our research has shown,” he said. “This region is probably more sensitive to climate [change] than has traditionally been assumed, and that’s important to know, because it holds even more ice than West Antarctica and the Antarctic Peninsula together.”

He added that the sectors losing the most ice mass are adjacent to warm ocean water.

“As climate warming and ozone depletion send more ocean heat toward those sectors, they will continue to contribute to sea level rise from Antarctica in decades to come,” said Rignot, who’s also a senior project scientist at JPL.

The above is a time series of cumulative anomalies in surface mass balance  (blue), ice discharge (D, red), and total mass (M, purple) with error bars in billions of tons for …

You can find a lot more detail here.

Scientific American (30Jan19) : Here’s How Much Ice Antarctica Is Losing—It’s a Lot