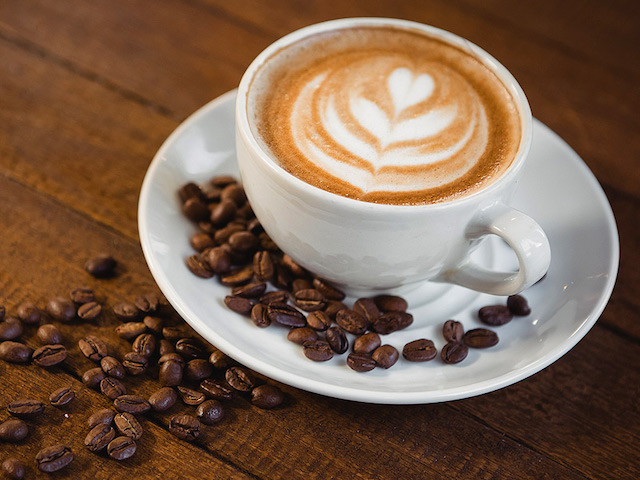 It’s time for another coffee break. Over the last couple of years I’ve posted a few articles about the latest research on Coffee and it’s impact upon our health …

… and so I now have an update. There is some new research that reveals where the line between “OK” and “Not-OK” is.

How much is too much?

Clearly for many people consumption is beneficial and has an association with a better health outcome. There are of course some constraints revealed by previous studies. For example …

For the rest of us, those that do not have hypertension concerns, then exactly how much is beneficial?

The University of Australia has published the details of research that answers that question.

The answer is that six or more coffees a day can be detrimental to your health, increasing your risk of heart disease by up to 22 per cent.

Research Details: Long-term coffee consumption, caffeine metabolism genetics, and risk of cardiovascular disease: a prospective analysis of up to 347,077 individuals and 8368 cases

Coffee is one of the most widely consumed stimulants worldwide and is generally considered to be safe or even beneficial for health. However, increased risk of myocardial infarction and hypertension has been suggested for individuals who carry a functional variant at cytochrome P450 1A2 (CYP1A2), which makes them less effective at metabolizing caffeine.

The aim of this study was to examine if the CYP1A2 genotype or a genetic score for caffeine metabolism (caffeine-GS) modifies the association between habitual coffee consumption and the risk of cardiovascular disease (CVD).

The association between habitual coffee intake and CVD risk was nonlinear, and, compared with participants drinking 1–2 cups/day, the risk of CVD was elevated for nondrinkers, drinkers of decaffeinated coffee, and those who reported drinking >6 cups/day (increase in odds by 11%, 7%, and 22%, respectively, P-curvature = 0.013). CYP1A2 genotype and caffeine-GS were not associated with CVD (P ≥ 0.22 for all comparisons). There was no evidence for an interaction between the CYP1A2 genotype or caffeine-GS and coffee intake with respect to risk of CVD (P ≥ 0.53).

Heavy coffee consumption was associated with a modest increase in CVD risk, but this association was unaffected by genetic variants influencing caffeine metabolism.

Further Comments by the Study Authors

This is the first time an upper limit has been placed on safe consumption and cardiovascular health.

Professor Elina Hyppönen of the Australian Centre for Precision Health, and one of the study researchers, expanded upon this new insight as follows …

“Coffee is the most commonly consumed stimulant in the world – it wakes us up, boosts our energy and helps us focus – but people are always asking ‘How much caffeine is too much?’,”

“Most people would agree that if you drink a lot of coffee, you might feel jittery, irritable or perhaps even nauseous – that’s because caffeine helps your body work faster and harder, but it is also likely to suggest that you may have reached your limit for the time being.

“We also know that risk of cardiovascular disease increases with high blood pressure, a known consequence of excess caffeine consumption.

“In order to maintain a healthy heart and a healthy blood pressure, people must limit their coffees to fewer than six cups a day – based on our data six was the tipping point where caffeine started to negatively affect cardiovascular risk.”

Prof Hyppönen also points out that this new study does not support the belief that people could safely consume more caffeine, more frequently, without detrimental health effects …

“An estimated three billion cups of coffee are enjoyed every day around the world,”

“Knowing the limits of what’s good for you and what’s not is imperative.

“As with many things, it’s all about moderation; overindulge and your health will pay for it.”

One further bit of Coffee Fun

Bloomberg reports on the world’s most expensive cup of coffee …

A California cafe is brewing up what it calls the world’s most expensive coffee — at $75 a cup.

Klatch Coffee is serving the exclusive brew, the Elida Natural Geisha 803, at its branches in Southern California and San Francisco.

The 803 in the coffee’s name refers to the record-breaking $803 per pound the beans sold for at a recent auction after winning the Best of Panama coffee competition, said Bo Thiara, co-owner of the Klatch branch in San Francisco. He calls the annual competition the coffee world’s equivalent of the Oscars.

Only 100 pounds (45 kilograms) of the beans were available for purchase, and most went to Japan, China and Taiwan, Thiara said. Klatch secured 10 pounds (4.5 kilograms) and is the only chain in North America to have it.

A few lucky coffee lovers got to try free samples Wednesday at the San Francisco branch, where promotional signs are on display advertising, “World’s Most Expensive Coffee.”

One of them was San Francisco resident Lauren Svensson, who said it was “very different” from any coffee she’d ever tasted.

“My mind was a little blown about the fact that a$75 cup of coffee even exists,” she said, “but it was shockingly good.”

Nobody is going to be drinking 6 or more cups of that each and every day, or for that matter, any day.

2 thoughts on “How Much Coffee is Too much Coffee?”