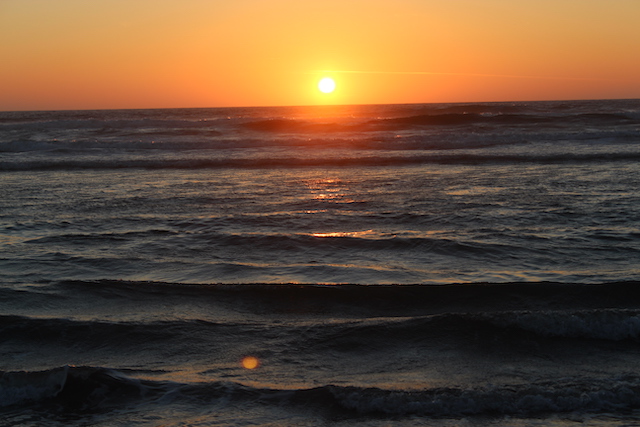 The increase of greenhouse gases since the industrial revolution has in turn led to an increase in heat within both the atmosphere and also the oceans. Understanding the ocean impact is rather important because that is where about 90% of the increase in heat has gone. We do have accurate historical atmospheric temperature measurements, but measurements for the ocean prior to the 1990s have only been from above 700m, hence the historical record has been incomplete. A new study now addresses this by presenting a way to reconstruct ocean temperature changes with global, full-depth ocean coverage.

What does it all reveal?

What Exactly have they done?

We do now have accurate measurements via the Argo float system. This consists of roughly around 3,800 floats scattered right around the globe that go through a regular cycle of sinking right down, measuring lots of things on the way, then rising to the surface and phoning home the readings. It gives us a real-time view of what is happening.

This grants us a view to how heat is transported. We can watch as a spike in sea surface temperatures is transported down into the rest of the ocean system.

We also happen to have quite good sea surface measurements that go back as far as about 1871.

By combining both they are able to construct a more accurate historical view of what has been happening within the entire ocean system.

It is all rather complicated. In simple terms, ocean currents transport heat and so understand that matters.

Why is this important?

This Sea level rise is not just because ice melts but also due to thermal expansion. In very simple terms, more heat leads to water molecules becoming more active and so this leads to a greater separation between them. The paper cites references that confirm that thermal expansion of the ocean contributed 40% of global mean sea-level rise over the period 1971 to 2010.

“Understanding ocean heat change and the role of circulation in shaping the patterns of warming remain key to predicting global and regional climate change and sea-level rise.”

What New Insights do we now have form this study?

Their results highlight that the substantial amounts of heat accumulated in the ocean and associated sea-level rise can be influenced by ocean circulation changes and low- to midlatitude air–sea interactions.

Changes in wind and air–sea fluxes, including those due to cloud feedbacks, may play an increasing role under anthropogenic climate change as suggested by the shape of passive ocean heat content trends in the Atlantic during 1871–1955 versus 1955–2017.

Future changes in ocean transport could have severe consequences for regional sea-level rise and the risk of coastal flooding. Monitoring and understanding ocean heat content change and the role of circulation in shaping the patterns of warming remain key to predicting global and regional climate change and sea-level rise.

Somebody at the Guardian did a quick calc and translated their rather abstract heat number into something easier to grasp (To be clear, that “Atomic” reference is wholly media and not via the researchers) …

… and of course others picked that up and ran with it …

While no doubt delighted with the publicity, the researchers are not exactly thrilled about the atomic bomb metric, but still find such examples a useful means of communication …

“I try not to make this type of calculation, simply because I find it worrisome,” said Prof Laure Zanna, at the University of Oxford, who led the new research. “We usually try to compare the heating to [human] energy use, to make it less scary.”

She added: “But obviously, we are putting a lot of excess energy into the climate system and a lot of that ends up in the ocean,. There is no doubt.” The total heat taken up by the oceans over the past 150 years was about 1,000 times the annual energy use of the entire global population.