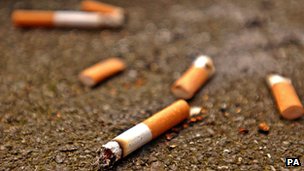 The BBC reports today that there has been a sharp fall in the number of children admitted to hospital with severe asthma since the introduction of smoke-free legislation in England. The actual study that reports this add to the rising evidence that the legislation was a really good health move. If I recall correctly, one of the arguments at the time is that bar staff were being forced to endure second-hand smoke, but it turns out that it has had this surprise benefit as well ….

A study showed a 12% drop in the first year after the law to stop smoking in enclosed public places came into force.

The authors say there is growing evidence that many people are opting for smoke-free homes as well.

Researchers at Imperial College in London looked at NHS figures going back to April 2002.

Presenting their findings in the journal Pediatrics, they said the number of children admitted to hospital with severe asthma attacks was rising by more than 2% a year before the restrictions were introduced in July 2007.

Taking that into account, they calculated the fall in admissions in the next 12 months was 12%, and a further 3% in each of the following two years. They say over the three-year period, this was equivalent of about 6,800 admissions.

The fall was seen among boys and girls of all ages, across wealthy and deprived neighbourhoods, in cities and in rural areas.

Well, that is the BBC … so what about the actual study itself, where is it? You can find it here, and yes, it is solid, the data does indeed support the conclusion …

“These findings confirm those from a small number of previous studies suggesting that the well-documented population health benefits of comprehensive smoke-free legislation appear to extend to reducing hospital admissions for childhood asthma.”.

It does of course open up a rather interesting question, just how far should the state go to protect us from ourselves. Knowing what we now know about smoking, should there be a complete ban?

My thinking on that is is to suggest “no”. people should, if they still wish to do so, smoke, and so there should not be a complete ban, but I do agree with the legislation. Those that wish to roll up dead leaves, set fire to them and then inhale the crap generated can happily carry on, they just don’t get to spew that crap out for me or my kids to breath in as well.