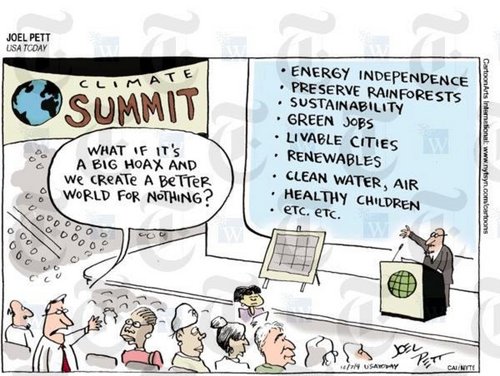 Starting today, something very very important for the entire human species is happening, the twenty-first session of the Conference of the Parties (COP 21) will take place from 30 November to 11 December 2015 in Paris le Bourget, France.

It is going to get busy, and so you will be hearing rather a lot (potentially) because they expect about 3,000 member of the media to attend and monitor the proceedings.

If you would like to bypass the media and keep your own finger directly on the pulse, then the official (and verified) twitter account is @COP21, and there also appears to be lots of activity under the #COP21 hash tag.

This is “the” conference for reaching an agreement to tackle climate change, and so almost all the nations on the planet will come together to achieve one goal – create a legally binding pact to keep global warming below 2°C.

If curious to learn more, then the Wikipedia page for COP21 is here.

Why should I care?

Doing nothing is not an option, because that leads us down a path that would result is some rather dire consequences for the entire human species, and so now is our opportunity to take a different path.

The cost of the conference is £122m and so the French government have previously announced that 20% of that will come from prolific producers of carbon dioxide such as EDF and Air France, Renault-Nissan and BNP Paribas (and I’m not kidding about that). When challenged, a French official explained …

“The world is imperfect and we are trying with a great sense of urgency to move in a better direction. We think we should work with those who may be part of the problem for the time being but who are on the right track, and seriously interested in interested in improving the situation. It is not a perfect choice. It is a pragmatic choice, but we had to do it,”

Will anything truly meaningful be achieved?

The goal is not simply an agreement, but a “legally binding” agreement.

The groundwork has already been done, that is what the Intended Nationally Determined Contributions where all about. Those are existing declarations made by individual nations and specify what they are prepared to sign up for, and so it gives us a view of what can potentially be agreed – here is what has been declared …

… and lots more for many nations, and so COP21 will not simply be a head nodding exercise that leads to nothing of any substance, there is a distinct possibility here that we may indeed achieve a truly meaningful change.

If we do agree to limit our emissions and stay within the 2 °C temp rise target, then will that be sufficient?

It will of course prevent things from getting very very bad, but it is now being recognised that even meeting the 2 °C target will still results is serious repercussions. As explained here …

Limiting the average global surface temperature increase of 2°C (3.6°F) over the pre-industrial average has, since the 1990s, been commonly regarded as an adequate means of avoiding dangerous climate change, in science and policy making.[13][14] However, recent science has shown that the weather, environmental and social impacts of 2°C rise are much greater than the earlier science indicated, and that impacts for a 1°C rise are now expected to be as great as those previously assumed for a 2°C rise.[11] In a July 2011 speech, climate scientist Kevin Andersonexplained that for this reason, avoiding dangerous climate in the conventional sense is no longer possible, because the temperature rise is already close to 1°C, with effects formerly assumed for 2°C.[15][16] Moreover, Anderson’s presentation demonstrates reasons why a temperature rise of 4°C by 2060 is a likely outcome, given the record to date of action on climate, economic realities, and short window of time remaining for limiting the average surface temperature rise to 2°C or even 3°C.[15] He also states that a 4°C rise would likely be an unstable state, leading to further increases in following decades regardless of mitigation measures that may be taken

In other words, while we strive to see this agreement, we should also at the same time be prepared to consider the real possibility that it might not be enough.

Can we even reach for the 2 °C limit?

For more insight on this, you can read the Scientific American article on it here.

It will be a long hard road ahead, but today is the day for the start of some real progress at last, and hopefully it will not all be too little and too late, but will be action that will be truly meaningful, because it potentially consists of decisions and commitments that will make a real difference, so keep your fingers crossed folks.