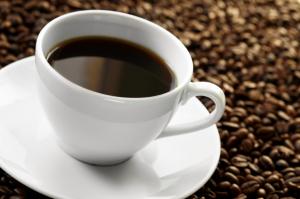 About six months ago new evidence came to light that drinking coffee may help prevent diabetes (you can read about that here). Past studies had suggested that regular coffee drinking may reduce the risk of type 2 diabetes, it was not new then, so to verify they fed either water or coffee to a group of laboratory mice commonly used to study diabetes. Coffee consumption prevented the development of high-blood sugar and also improved insulin sensitivity in the mice, thereby reducing the risk of diabetes. Coffee also caused a cascade of other beneficial changes in the fatty liver and inflammatory adipocytokines related to a reduced diabetes risk. They suggested that caffeine may be “one of the most effective anti-diabetic compounds in coffee,” … but was it, what is really going on here?

Well, we now have an update for you.

Researchers at UCLA have discovered a possible molecular mechanism behind coffee’s protective effect. A protein called sex hormone-binding globulin (SHBG) regulates the biological activity of the body’s sex hormones, testosterone and estrogen, which have long been thought to play a role in the development of type 2 diabetes. And coffee consumption, it turns out, increases plasma levels of SHBG.

Knowing this matters, because about 8% of the entire US population has diabetes (and Type 2 accounts for about 90% of that), so if we can do something about it, then a great many people will have their lives improved.

Its not a done deal, just one more step to understanding what is happening here. Oh, and if you are into decaf, then forget it, their study also illustrated that … “”Consumption of decaffeinated coffee was not significantly associated with SHBG levels, nor diabetes risk,”.

You can read more about this here.

As for me, I think I’ll take a break and go get a coffee … anybody what to join me?