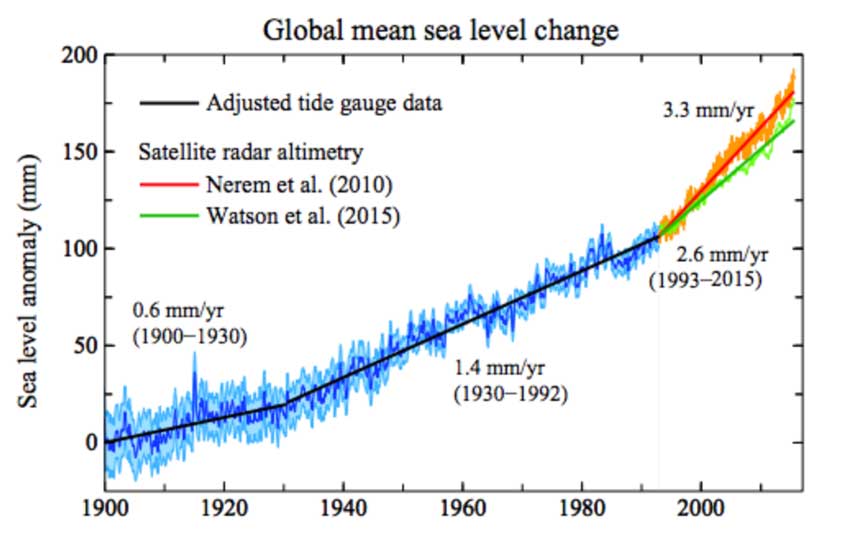 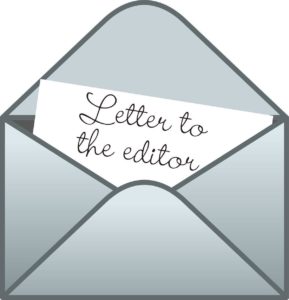 The Wall Street Journal Op Ed section has established a reputation for the promotion of anti-intellectual climate denialism. This was recently illustrated on 16th May by them publishing an Op Ed by the well-known denier-for-hire Fred Singer entitled “The Sea Is Rising, but Not Because of Climate Change”. In other words, he does acknowledge that sea level rise is real, but denies that climate change has anything to do with it.

I posted about that and explained that Fred Singer is well-known for being consistently and persistently wrong, not just about Climate Change, but everything.

Click that last link and you will discover that the WSJ will want you to subscribe to read all of the letter. I really do not recommend subscribing to a journal that promotes climate denialism, that would be akin to paying Fox News. That last comment is not hyperbole, the WSJ is owned by Rupert Murdoch’s news empire, and so is under the same ownership as Fox News.

The Full unedited letter is available

One of the climate scientists, Michael E Mann, has published the full original unedited letter on his website. There it has all the original links to the evidence.

Here it is in full … 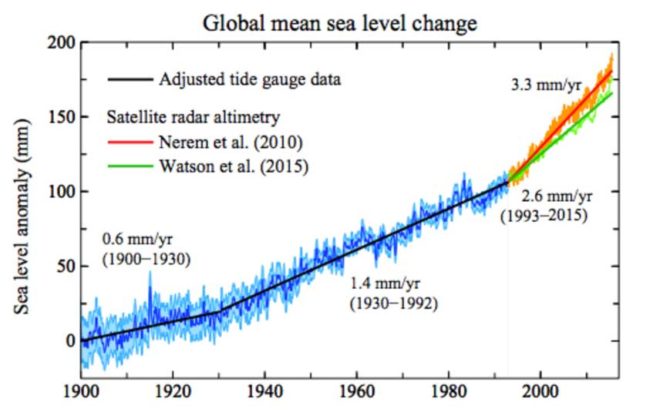 Our LTE in today’s Wall Street Journal (prior to final copyediting and with hyperlinks intact):

Fixing the headline would be simple (just remove “but Not”), but the op-ed itself is irreparable, constituting little more than a litany of denialist talking points. No, ice is not accumulating on Earth—it is melting. No, Antarctica isn’t too cold for melting—warming oceans are eroding the ice from beneath, destabilizing the ice sheet.  And no, legitimate scientific conclusions are not reached in op-ed pieces, but through careful peer-reviewed research.

That research shows that sea levels are rising and human-caused climate change is the cause. Don’t just take our word for it; help yourself to the mountain of scientific literature showing as much. When water warms, it expands. When ice warms, it melts. To deny these facts is not just to deny climate change. It is to deny basic physics.

New York City experienced an additional 25 square miles of flooding from the ~1 foot of sea-level rise that has occurred due to human-caused warming. Without concerted efforts to reduce carbon emissions, it could experience as much as 8 feet by the end of the century—permanently inundating most of Wall Street.

Union Of Concerned Scientists – Here’s Why Seas Are Rising. Somebody Remind the Wall Street Journal.