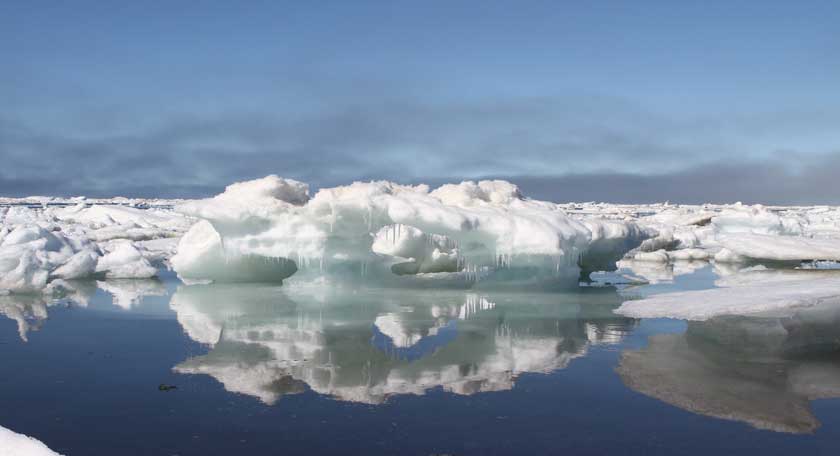 US Rep Gary Palmer, a Republican who was elected to the United States House of Representatives in 2014 and represents Alabama’s 6th congressional district, recently held a town hall meeting in which he got into a back and forth argument about climate change …

He made the statement during a testy back and forth with one attendee about climate change, after stating that he believed the climate was changing, but that humans were not responsible.

After a smattering of boos, Palmer added, “Look it up. Look it up. The data is out there.”

Is Sea Ice in the Arctic expanding?

Let’s take up his suggestion and check. This is very easily verifiable information because NSIDC (National Snow and Ice Data Center) have very accurate data spanning several decades that has been gathered via satellite.

The quick answer is simple – no, the Arctic Sea Ice extent is not expanding, but is instead shrinking each and every year. Right now, it is at an all time record low for this time of year, and so this is where things stand … 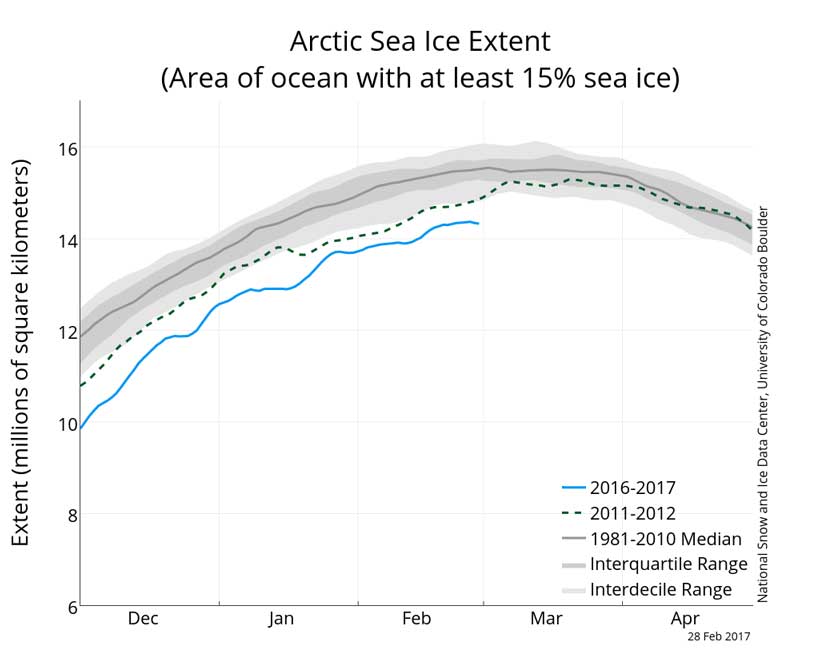 The overall trend is rather obvious. If you examine ice extent data for each and every year that we have accurate sea ice records, 1979 to 2017, then you discover that there has been an on-going decline of 3.2 percent per decade.

Here for example is the January data for that time span. Remember that January is mid-winter in the Arctic and so is the coldest time … 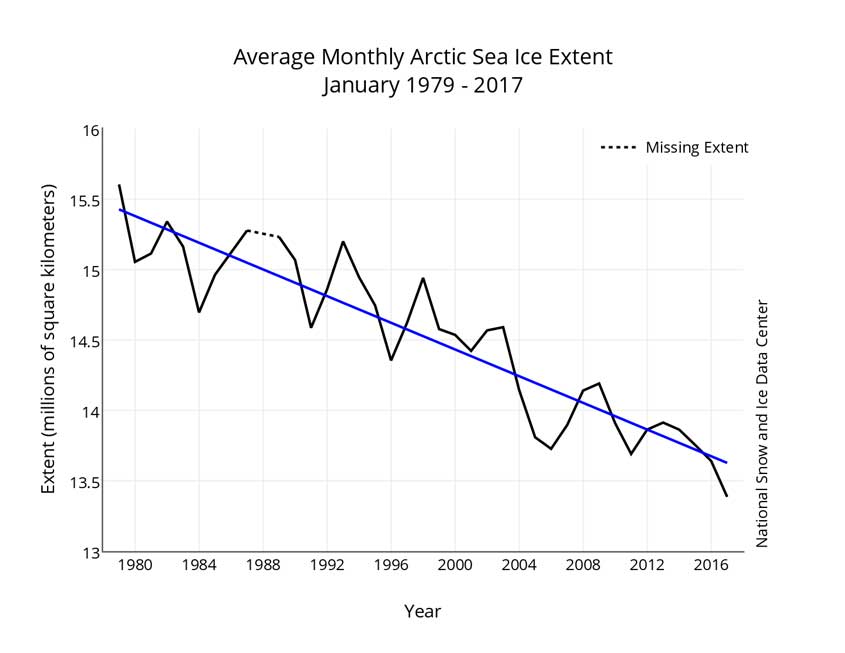 Clearly Rep Palmer is wrong, and so it would be appropriate if he issued a correction. In fact he did just that …

“While the Congressman said ‘Arctic,’ what he meant to say was ‘Antarctic,'” Palmer staffer Cate Cullen said via email.

Ah, so he simply made a mistake because he really meant the Antarctic. OK, so that is also something we can fact-check as well using the same data gathered by satellite, so let’s check that then.

Is Sea Ice in the Antarctic expanding?

If you pop back to NSIDC and check out the Antarctic data, then what you discover is that it has indeed been expanding and … oh wait, that is not what you will find. Instead, right now, this very day, the extent of the sea ice in the Antarctic is at an all time low … 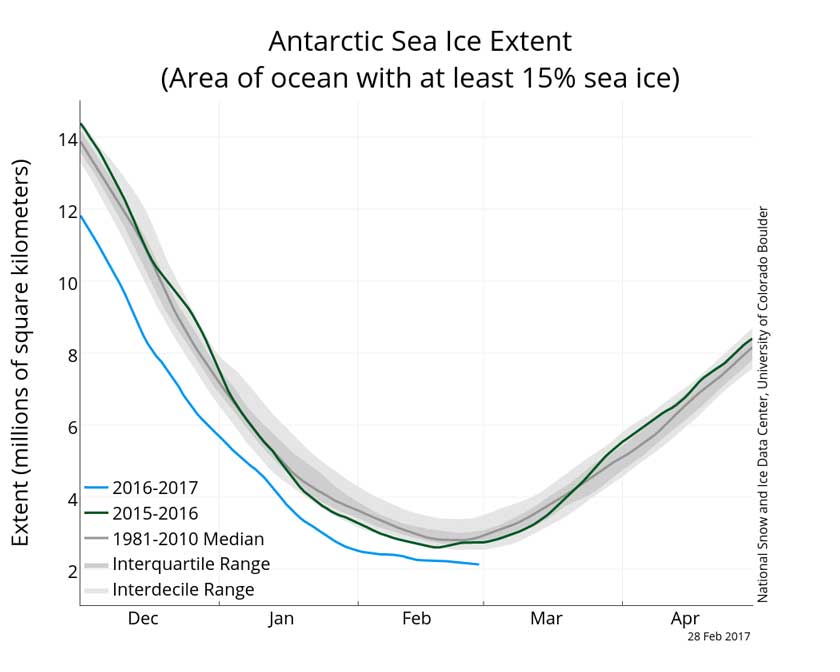 It is perhaps worth understanding that until recently, the extent of the sea ice in the Antarctic was expanding a bit and so if he had made the claim a few years ago then he would have been correct … and yet also wrong.

It was indeed correct to make the observation that the extent of the sea ice in the Antarctic had been expanding, but citing that as evidence for a stance against climate change would have been wrong.

In the context of a planet where Carbon Dioxide levels have been steadily increasing leading to an increase in global temperatures each and every year, the observation that the sea ice extent in the arctic was expanding looks odd.

The upward trend in the Antarctic, however, is only about a third of the magnitude of the rapid loss of sea ice in the Arctic Ocean.

… “The planet as a whole is doing what was expected in terms of warming. Sea ice as a whole is decreasing as expected, but just like with global warming, not every location with sea ice will have a downward trend in ice extent,” Parkinson said.

… Melting ice on the edges of the Antarctic continent could be leading to more fresh, just-above-freezing water, which makes refreezing into sea ice easier, Parkinson said. Or changes in water circulation patterns, bringing colder waters up to the surface around the landmass, could help grow more ice.

It is easy to quibble about sea ice, and so the growth of sea ice in the Antarctic has been a favourite go-to for those who reject the prevailing scientific consensus. Beyond it all there is a measurement that is categorically decisive.

If indeed the global temperatures are rising and ice is melting, then a prediction that naturally falls out from that is that sea level should be rising. To clarify, a bit, if ice floating on water melts, then sea level is not affected, but if ice on land melts in places like Greenland or the Antarctic land mass, the sea level rises. So this is the final decisive indicator that things are getting hotter over time. 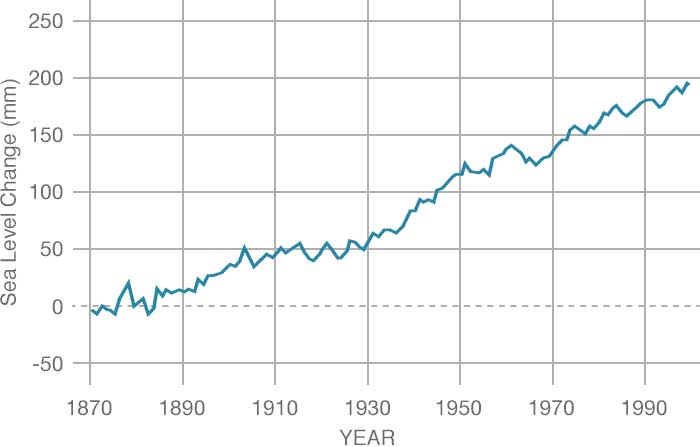 Rather worryingly, yes it is, and not just at a constant rate, it is accelerating.