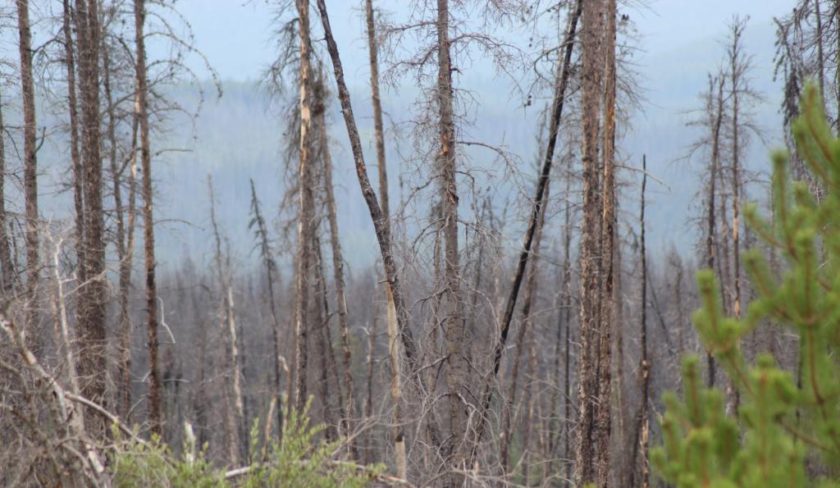 Why … what is going on here?

Two words sum it up … “Climate change” … or to be more precise, “spruce beetles”.

It all started in 1994, or at least became visibly apparent that something was up.

The prevailing thinking is that warmer winters have permitted a lot of beetles to survive from one year to the next, and so they have ended up eating the trees. However, recovery is happening; dead trees means less food, a couple of recent cold winters have also reduced the beetle population, oh and a population explosion of beetle eaters (due to the increase in beetles of course), has knocked their population levels back down.

Ah but what about all the dead trees? 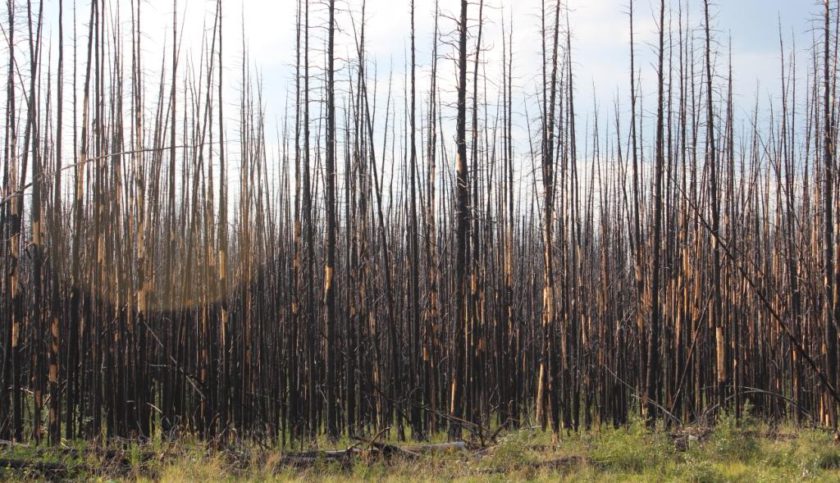 Well, it has opened up a niche; with the devastation of spruce, fast growing birch and alder trees are moving in to fill it. That in turn will also lead to other changes because moose and other similar forms of wildlife find them to be quite delicious, so obviously it will favour their population.

What this does all show is how rapidly climate change can quickly transform the landscape in most unexpected ways.