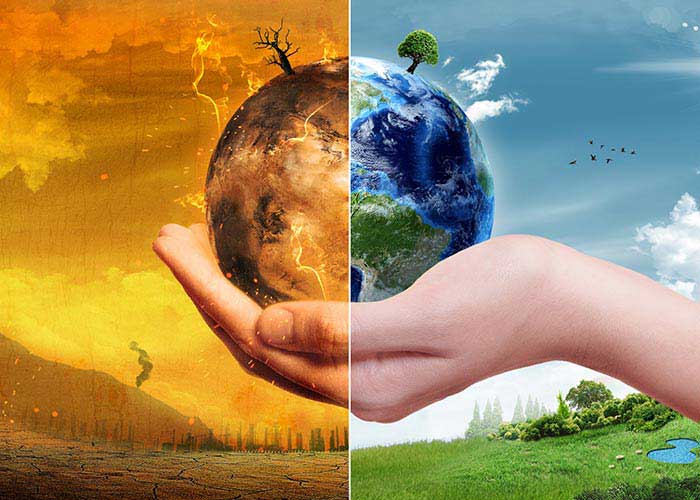 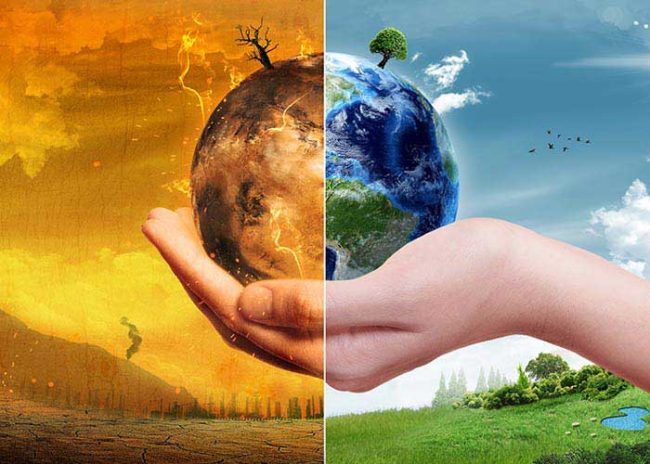 Not quite, it was only the second hottest ever.

Working out the trend is not as simple as comparing one year to the next and so drawing a conclusion when comparing this year with the previous one is not sufficient. This is because you need to also consider not only a longer time frame, but to also appreciate that there are things that cause variations on a global scale. For example …

Creating a Graph to illustrate trends

OK, so how do things look if we then make a graph of it all and colour code it so that we can also see all of the above. 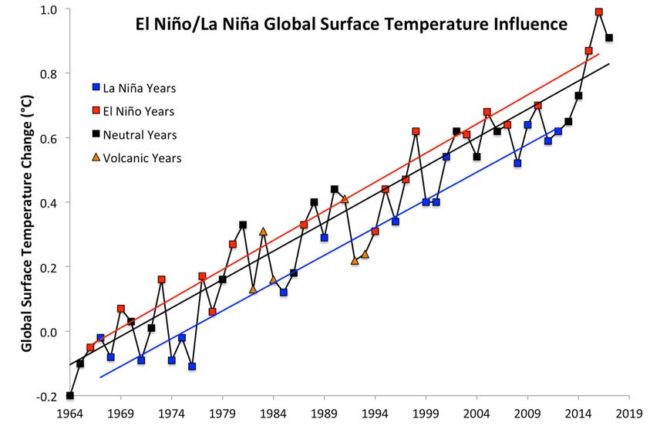 Within the above you have the raw 1964–2017 global surface temperature data from Nasa divided into El Niño (red), La Niña (blue), and neutral (black) years, with linear trends and significant volcanic activity (orange) added. This Illustration was created by Dana Nuccitelli and you can find further details written up by him on it here.

To put all this another way – the climate science is correct, things are unfolding as predicted by the models.

In the East, it could be the COLDEST New Year’s Eve on record. Perhaps we could use a little bit of that good old Global Warming that our Country, but not other countries, was going to pay TRILLIONS OF DOLLARS to protect against. Bundle up!

One cold snap does not change things, 2017 is still very much a record breaking year, and as illustrated by Dana within his writeup, 2017 was also a year of billion dollar climate change consequences for the US …

America was also battered by climate-fueled extreme weather events in 2017. Research has already shown that global warming boosted Hurricane Harvey’s record rainfall (and associated flooding) by about 38%. California’s record wildfire season was similarly fueled by the state’s hot summer. The southwestern states were cooked by record hot summer temperatures this year, and global warming is making droughts in America and Europe worse. America was hit by 15 billion-dollar weather and climate disasters in 2017, and it will likely be the costliest such year on record once all of the hurricane damages are tallied.

This was all graphically illustrated by NOAA, and this graph only covers the period Jan-Oct, the full 2017 graph is not yet available … 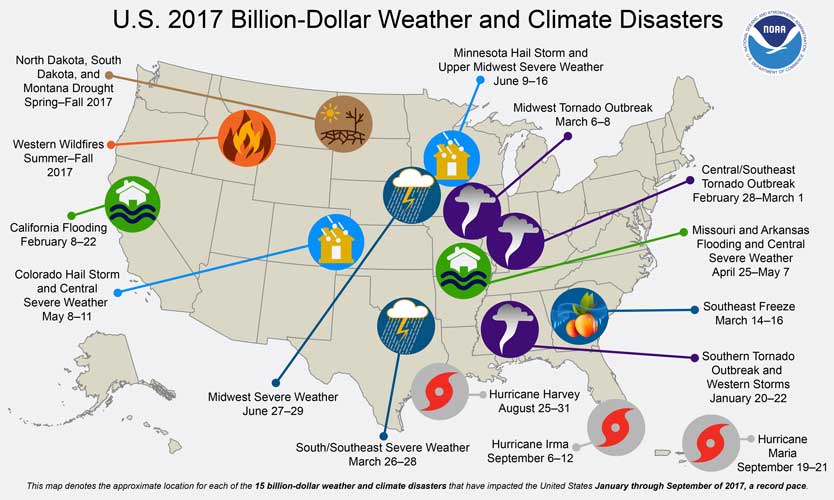 The frightening thing here is that this is not the end-game, but rather it is instead just the start of what is yet to come.

Doing nothing is really really not an option.