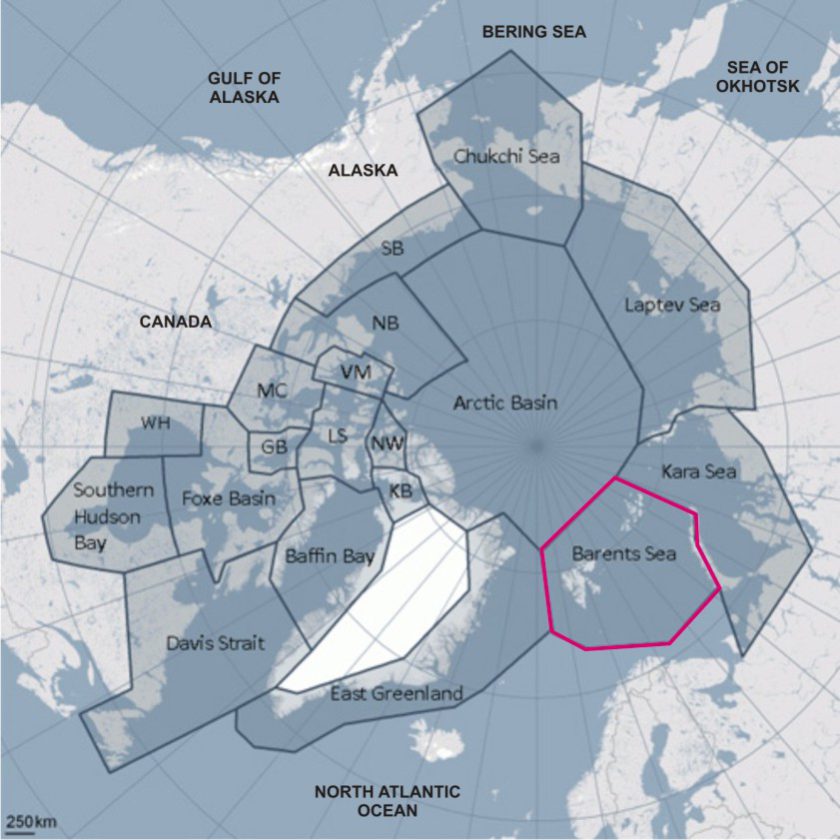 Roughly about one year ago I was writing about a study that appeared in Science concerning fundamental changes within the Arctic Ocean. Today I have an update on that. A new study has been published in Nature titled “Arctic warming hotspot in the northern Barents Sea linked to declining sea-ice import“.

Basically they used hydrographic observations from 1970 to 2016 to show that there has been a very sharp increase in ocean temperature and salinity within the Barents sea since about the mid 2000s. What appears to be happening is that the Barents sea is transitioning from being a cold and stratified Arctic ocean into a warm and well-mixed Atlantic-dominated climate regime.

There has been a loss of freshwater that comes via sea ice melt and so much warmer salty Atlantic ocean is moving in, hence there has been a dramatic loss of sea-ice.

This is huge, the entire ecosystem is dramatically changing, and yet also deeply sad that it is all happening almost unnoticed.

Where is the Barents Sea? 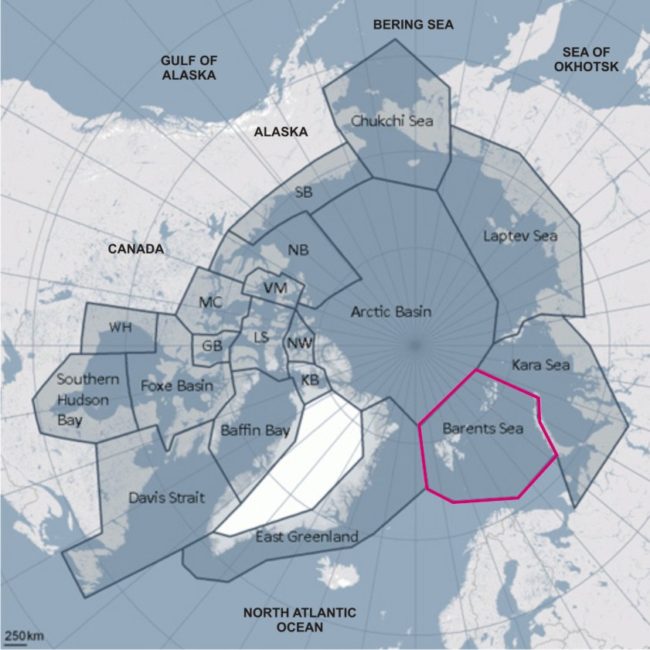 What is Going on?

The Arctic is experiencing the strongest warming on the planet and, in recent decades, a loss of sea ice that is unprecedented in observations . The Arctic warming is not uniform, but is amplified in the northern Barents and Kara seas. This is the Arctic warming hotspot. Here it is experiencing the strongest declines in winter sea-ice concentration and the most rapid surface warming in the entire Arctic. The warming extends into the lower atmosphere and throughout the entire water column.

The Barents Sea is at the doorstep to the Arctic Ocean, and can be divided into two regions with distinct climate regimes

This disparity is mainly due to warm and saline Atlantic Water entering from the southwest, while colder, fresher Arctic waters dominate in the north throughout the year.

Increased Atlantic Water inflow has recently enlarged the area where sea ice cannot form, causing reductions in the sea-ice extent, particularly in the eastern Barents Sea. This ‘Atlantification’ cannot, however, explain the observed reductions in winter sea-ice concentration in the northern Barents Sea, where the water column is stratified, and the Atlantic Water submerged below an intermediate Arctic layer, thus hindered from direct contact with the surface (and sea-ice cover), as in the interior Arctic Ocean.

So what is going on?

Prior to about 2011 the water column structure was remarkably stable, but since then that has dramatically changed. What appears to be happening is that the arctic layer on top is becoming more mixed with the deeper Atlantic layer under it, hence the term ‘Atlantification’.

Net impact: The ocean heat content in the upper 100m is rapidly increasing in the entire northern Barents Sea. Over the previous 30 years of measurements nothing like this has been seen. The entire water column is warming, and the Arctic Water-mass with subzero temperatures is diminishing rapidly and is now almost entirely gone.

The Sea Ice Cycle is breaking down

The Arctic layer is tightly connected with the sea-ice cycle. Sea-ice melts and forms this Arctic freshwater layer in the summer. This is very favourable to the formation of sea-ice during the following winter.

However, the vertical mixing with the Atlantic layer involves a positive feedback. With more heat and salt this arctic layer breaks down and so you no longer have a steady state. Normally the salt flux from below must be balanced by a freshwater flux from above to maintain the cold and fresh Arctic layer, but that is what has changed.

Reduced sea-ice has resulted in less melt water. That in turn leads to a reduced stratification and more vertical mixing in the upper part of the water column. More heat has thus been transferred from the solar-heated Surface layer to the winter-cooled intermediate layer.

The downward freshwater flux is no longer sufficient to counterbalance the upward salt fluxes from the deep Atlantic layer, and the salinity of the intermediate layer has increased, causing a weaker vertical salinity gradient and weaker stratification, and enhanced vertical mixing with the Atlantic layer below. Thus, the heat input to the intermediate layer has increased from both above and below, leading to the unprecedented increase in oceanic heat content and rapidly diminishing Arctic Water mass. 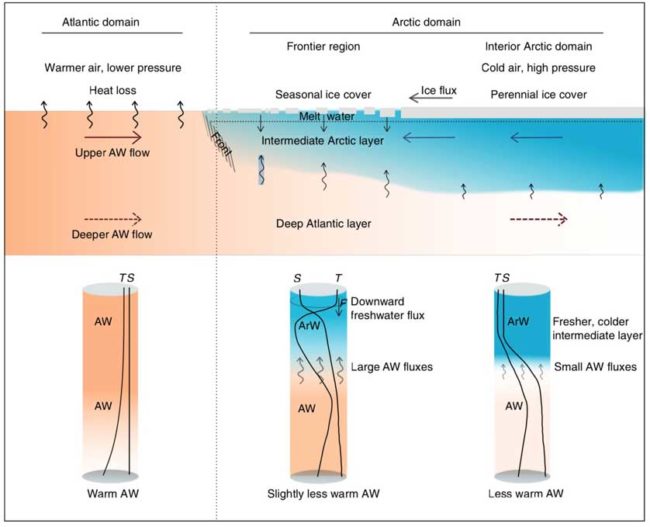 The Atlantic domain has warm and saline Atlantic Water (AW; red) occupying the entire water column, and has large heat losses to the atmosphere (in winter).

The Arctic domain is cold, stratified and sea-ice covered, having an intermediate Arctic layer of cold and fresh Arctic Water (ArW; blue) over a deep Atlantic layer.

The core to all of this is that the freshwater flux has weakened and that has led to the ongoing Atlantification of the Barents sea.

Unless the freshwater input recovers, the entire region could soon have a warm and well-mixed water column structure and be part of the Atlantic domain

This is a historically rare moment where we will witness a large body of water being completely transformed from the Arctic type to an Atlantic type. Such rapid climate shift events have previously been documented only indirectly from paleoclimate records, where reduced freshwater input is proposed to have been the trigger of rapid transformations from cold to warm periods during the last glacial. Now we get to watch as this happens very rapidly.

Model simulations have previously indicated Atlantic-type conditions in the northern Barents Sea by the end of the century, but according to the results from this study, this is likely to happen much faster and much sooner.

Carbon Brief digs into all the details.